By Keyaira Boone · Updated December 6, 2020
After spending the weekend in police custody, R. Kelly had his $100,000 bail posted by a woman, who listed herself as the singer’s “friend” on the bond slip. The Chicago Sun Times reports that the woman is a 47-year-old resident of Romeoville, Illinois named Valencia P. Love. Their friendship is apparently a new one, as the paper claims that the two met just five months ago. Kelly was arrested after being indicted on ten counts of sexual abuse. His bail was initially set at $1 million dollar after the presiding judge in the case appointed an amount of $250,000 for each of the victims accusing the singer. The singer continues to deny all accusations of sexual assault levied against him. While Love, who owns a daycare, received a large settlement in a 2017 lawsuit, she allegedly said the money she paid for Kelly’s bail was not her own.

#RKelly’s friend that bailed him out breaks her silence. I spoke with Valencia P. Love for 14 minutes. She says the singer isn’t broke and she didn’t use her $100,000 for Kelly to bounce from the county. Here are notes from our conversation by phone. @fox32news pic.twitter.com/CvTblkyT2j

“I’m not going to say it was my money or his money and he’s not broke. He was going to post bond by Thursday anyway. He’s my friend and I knew he needed help,” Love told a Fox News reporter, who posted her notes of their conversation on Twitter. Love also reportedly stated that she was not entirely convinced that the alleged victims were telling the truth. She said, “There are three sides to every story.” “He told me he was innocent. If he did it, he is wrong. If he did it that’s wrong. He’s telling me he’s innocent. I wasn’t there you wasn’t there, give him the chance and allow him to prove his innocence,” Love continued. “I don’t condone any man sodomizing or abusing a woman.” 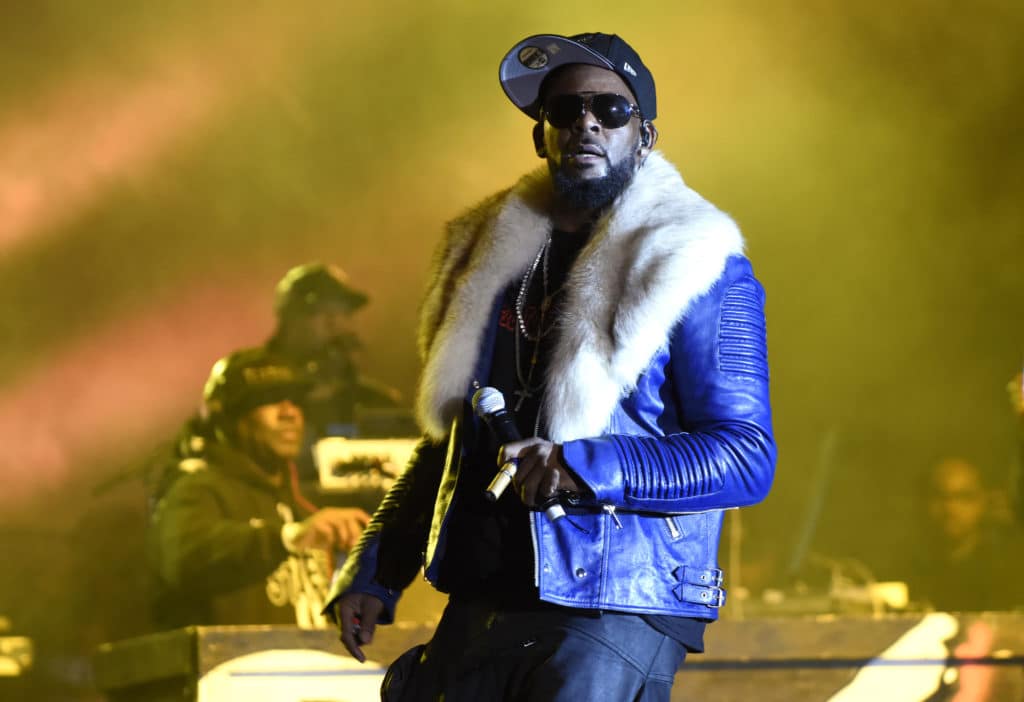 Shortly after his release, Kelly returned to the McDonald’s where he allegedly recruited potential victims of sexual abuse, according to the Lifetime docuseries Surviving R. Kelly. News cameras spotted the van that transported the singer in the parking lot. He did not interact with the press. Michael Avenatti, the attorney who submitted the tape that led to these latest charges against the singer, said, “Each of these witnesses describes a decades long system of abuse by Mr. Kelly of underage girls.” Avenatti  also claims he turned over a second tape that shows Kelly sexual assaulting a 14-year-old girl to prosecutors.
TOPICS:  mute r kelly r kelly sexual abuse sexual assault