And so it begins. Another dazzling journey with Toni Morrison as tour guide into America’s slippery psychological, cultural and political terrain. In Home (Knopf, $24), which goes on sale today, Morrison has given us another triumph of beauty and brutality both in tone, language, and characters. Like her slim volumes The Bluest Eye, Sula, and Jazz, the Nobel Laureate’s tenth offering reminds you of riveting tales told by a wise stranger—not kinfolk, not on any official business—that remain with you for days—sometimes longer. 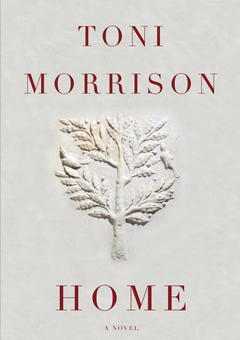 Morrison, who has chosen backdrops as varied as pre-Colonial America to the Harlem Renaissance, sets Home just after the Korean War. It’s an interesting and wise choice. Morrison focuses her laser-like attention on Frank Money, a soldier who returns to America with a shattered psyche and family. Cee, his sister, is caught up in a loveless marriage and is unwitting victim of a hateful scheme. In order to save his sister, Frank ultimately has to return her to Lotus, Georgia, the town that nearly destroyed him. Home is taut, mesmerizing and all together terrific. And like her nine previous works, Morrison proves there is no writer who can craft, shape, twist, and bend the English language quite like she can.

If you remember the first time reading The Bluest Eye, and were in awe at Morrison’s poetic prowess (“nuns go by as quiet as lust”) or how she masterfully styled nearly every word in Beloved (“There is a loneliness that can be rocked”), Home is a comforting reminder Toni still has the same nerve and verve: “Korea cold hurts, clings like a kind of glue you can’t peel off.” Home calmly lays out the horrors of war, abroad and domestic, with the understanding that peace is sometimes negotiable.

Listen to an exclusive clip of Toni Morrison reading from Home: