Dwyane Wade is one of the many men in the NBA with a penchant for style, so it’s no surprise that he’s teaming up with the Tie Bar for a third collection of cool, fashion forward accessories for men.

Wade made an appearance at New York’s Tie Bar yesterday to celebrate the release of his newest pieces with the brand and dished on everything from how men present themselves to the NBA star whose style stands out most.

Wade shared that he wasn’t always into ties and had to get himself into a different mindset when it came to the staple men’s accessory.

“I went through a point where I wasn’t wearing ties a lot, but my goal is to always present myself a certain way. I want to always be respected so I was like ‘you know what? I’ve got to get into it” 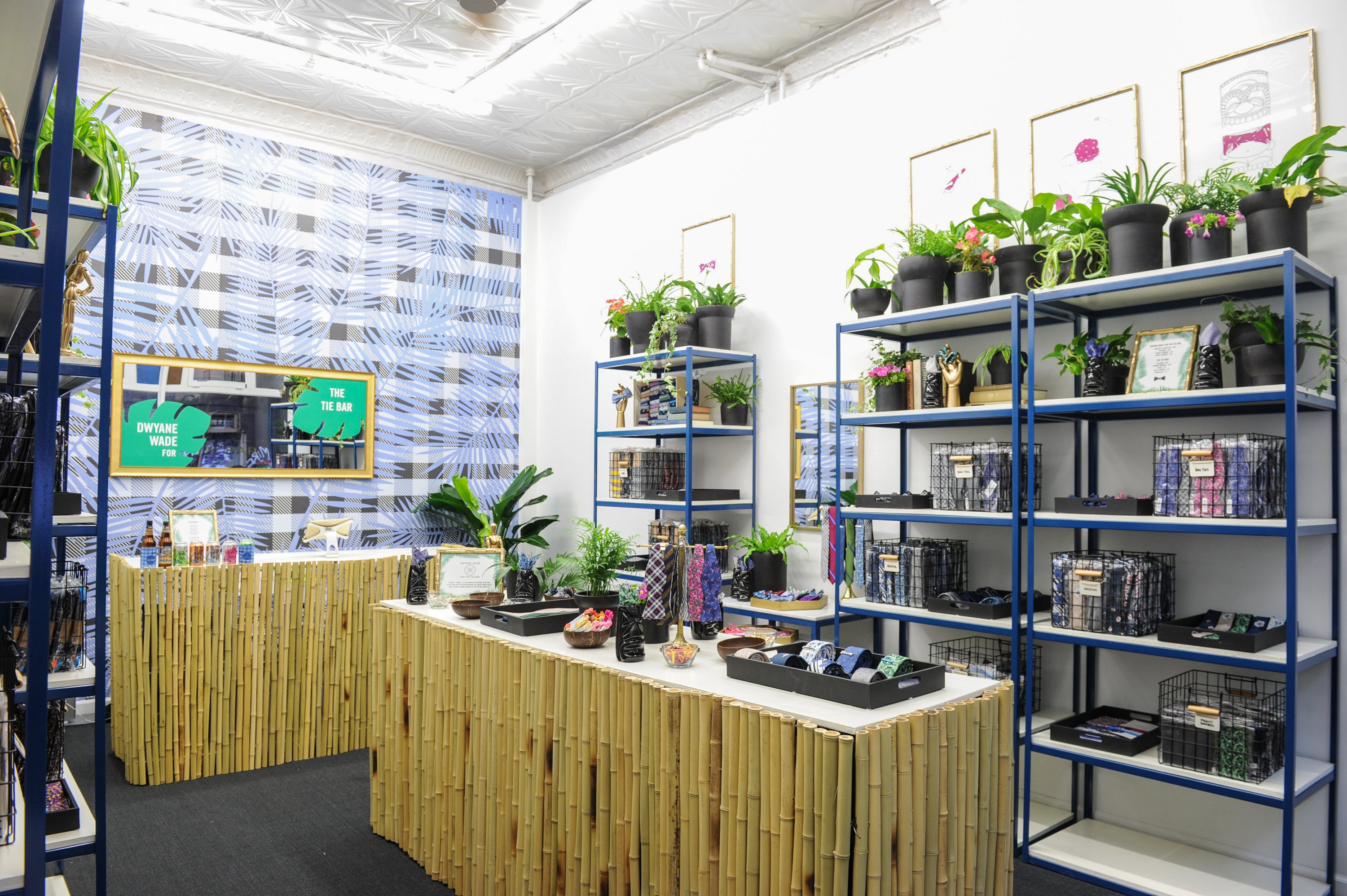 He did just that when he paired up with the Tie Bar in 2013.

Watch Gabrielle Union Twirl and Slay Before the Beyonce Concert

When it comes to the heightened interest in men’s fashion, Wade says he’s excited.

“I’m inspired by where fashion is today. I think for men this is the best space we’ve ever been in.”

Inspired by his surroundings, Wade points out that this year’s designs have a heavy Miami vibe with tropical and summer-ready prints. He says he wanted to make sure that the looks were versatile. “I wanted it to be something that you could flip for daytime and night time,” he explains.

When asked what players in the NBA have standout style, Russell Westbrook was the first name that came to mind for Wade. “What I love is an individual that has confidence to take that step out. So obviously Westbrook has taken that step out. A lot of people like to comment on what what he wears but I love the fact that he’s original in what he does. Fashion always takes people a while to catch up to.”