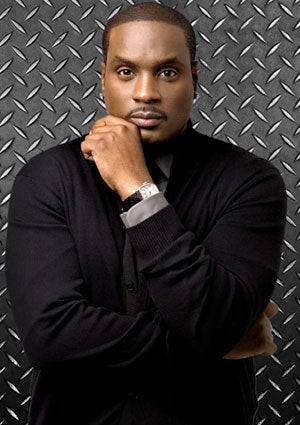 Atlanta has long been a hot bed of artistic and cultural activity. However, with housewives and hip-hoppers often dominating the headlines, it’s easy to forget that there’s more going on in the A. Take, for example, music mogul Devyne Stephens. The ATL native has spent the last decade grooming the careers of artists like Usher, Alicia Keys and Akon. Stephens’ Upfront Megatainment serves as one of the city’s few one-stop shops for artists, featuring a recording studio, hair and make-up wing, photo studio, nutrition and fitness counseling, media training and a choreography studio. Akon, who is currently signed to Upfront/Konvict as a recording artist, has spawned the likes of T-Pain. Stephens also brokered a label deal for Akon’s KonLive music label with Geffen/Interscope Records and Akon tapped Stephens to be the Executive Vice President of the label, a testament to their mutual respect. Lady GaGa is signed to KonLive.

Despite all his success in the music industry, the thing that Stephens is most proud of is his recent philanthropic efforts. ESSENCE.com recently spoke with Stephens about discovering stars, Atlanta and his Devyne Intervention non-profit project.

ESSENCE.com: How did you and Akon link up for Konvict and what was the initial idea behind it?
DEVYNE STEPHENS: It was about building a brand, putting out hit records, establishing hit acts and creating superstars. Under that umbrella, we have given birth to T-Pain, who is a phenomenal artist/producer/songwriter–I call him the “triple threat;” and Roc City, two songwriters whose album is slated to come out at the top of 2010. We also did a venture with Interscope called KonLive and that gave birth to the phenomenon that is Lady Gaga, one of the top-selling artists of this digital age.

ESSENCE.com: Given all your success in the music business, how do you find unknown talents like Akon, T-Pain and Lady GaGa?
STEPHENS: A lot of it is [about being] unique. I want to bring something different to the music business. When you think of Akon, he has a very unique sound. He’s from Senegal, West Africa–so that’s something new to American music that we were able produce. When you think of T-Pain, he’s more like the modern-day Roger Troutman in terms of his sound. And when you think of Lady GaGa, people are now comparing her to the next Madonna; so it’s all about finding something unique and trying to bring that talent forth.

ESSENCE.com: Still, taking chances on such “unique” artists has to be a risk. Weren’t there people who didn’t get it at first?
STEPHENS: It’s music to my ears when someone tells me that they don’t know what to do with an artist because that’s my job as a guide – my background is artist development. It’s my job to develop the talent, to bring something unique to the marketplace. I figure if you get it right off the back then it may be too common. If it’s too common, then everyone will get it immediately. I like something that’s not so common, but special. That’s the quality these artists have, they will be around for years to come.

ESSENCE.com: Is that uniqueness what gives your artists their resonance in a day and age when so few new artists are able to break through to the mainstream?
STEPHENS: That’s it! And they’re very special talents. They’re all writers, producers and performers; so whenever you can find artists that have all of these capabilities, there’s something special there. And then when you surround them with a support team like we have here at Upfront Megatainment and Konvict, it’s a good experience.

ESSENCE.com: Tell me more about Upfront. It’s a really interesting concept–having access to all these different artist-related services under one roof.
STEPHENS: Because my background is artist development, I wanted to build a multi-faceted company that provided services to the entertainment industry. We had an opportunity to expand that into sports as well. So, under the umbrella of Upfront Entertainment you have: music distribution–we partnered with UMG (Universal Music Group); management–where we not only manage artists but also producers like Jazze Pha, Dallas Austin and B-Don; Non-Stop Music Publishing; Artist Development Center (ADC)–which includes media, vocal and fitness training as well as in-house A&Rs and a glam squad; Peachtree television and film production which is spearheaded by Ryan Glover who is currently working on reality-show projects like “Welcome To Dreamland” and “Monica: Still Standing;” and nightlife–we own the Gold Room Lounge in Atlanta, which is based on the historical Gold Club building in Buckhead, and Throwbacks, a sports bar which is one of the ways I give back to my hometown of College Park. To top that all off, you have Devyne Intervention, my non-profit organization that is in the process of building a new $46 million children’s hospital, Children’s At Hughes Spaulding. We’re in the process of building every day to make this a reality for the children of Atlanta.

ESSENCE.com: What inspired Devyne Intervention?
STEPHENS: Well, the first project is Hughes Spaulding and I am a “Grady baby” so I was born at the hospital. So, it was a no-brainer for me. Being blessed and being able to some of things that I have, it’s only right that I share them because I find it more rewarding. Actually, being able to bring people together, sharing some of my experiences with others, and giving back is more rewarding than any accolades that I have been able to achieve musically.

ESSENCE.com: How has the community responded to your philanthropic efforts in Atlanta?
STEPHENS: When a lot of my colleagues found out that I was involved, they immediately came to my aid. It’s a well-known hospital here in the city of Atlanta and we needed to build a more state-of-the-art facility. So, when I placed that call, it was overwhelming to see how many people showed up. We just did an event recently where Monica performed “Angel Of Mine” and brought everyone to tears. I did a camp for 300 kids with sickle cell, and T-Boz came out to speak to the kids. That was phenomenal. Overall, the support has just been incredible.

ESSENCE.com: Is it your vision to take Devyne Intervention’s efforts beyond Atlanta’s city limits or are you singularly focused on just that city?
STEPHENS: No, the Rolodex is global so anybody that is willing to help and listen to a Children’s story, we will not only listen to them but we will also join them in their efforts.
Loading the player...