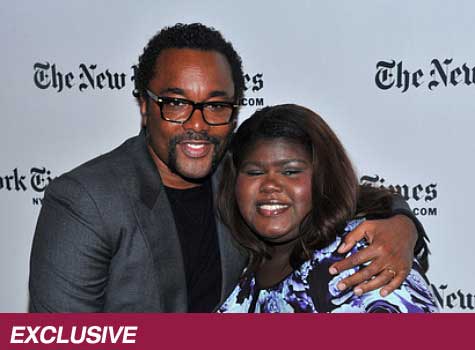 Lee Daniels is known for making provocative films with extraordinary acting. Think “Shadowboxer” and “The Woodsman.” He also produced “Monster’s Ball” in 2001, which won Halle Berry the Oscar for Best Actress. Now “Precious” is getting a lot of attention. The dark and controversial movie, based on the best selling novel “Push” by Sapphire, has become a Hollywood darling.

When the Oscar nominations were announced this week, Daniel’s became the second African American to receive the Best Director nod–John Singleton was the first for “Boyz in the Hood” in 1991. “Precious” star Gabourey Sidibe is nominated for Best Actress and Mo’Nique for Best Supporting Actress. Mo’Nique is the front-runner in this category, already winning the Golden Globe, Critic’s Choice and Screen Actor’s Guild awards for her dramatic performance of Mary Jones.

ESSENCE.com talked to Daniels about taking risks, his casting choices, and why these roles are so important to portray on the silver screen.

ESSENCE.com: Okay, talk to me about your casting. You know you take risks but you also pick perfect people for your films. Talk to me about Mariah, Gabby and Mo’Nique.

DANIELS: Everybody in the film with the exception of Gabby was a very good friend.  Mariah’s [role] was going to be played by Helen Mirren. Helen Mirren fell out–she called me up and said that she had a paying job. I got a phone call like three hours later from Mariah asking me to come over to play. I said, ‘No, I’m working.’ I told her what I was working on and she was like I know that book. And, then I called Helen back and was like, ‘What do you think of Mariah playing this role, a social worker.’ She said it was genius. She said you know “If I do it Lee, it’s expected but if Mariah does it, it’s really unexpected. So that’s how Mariah was cast and I never looked twice back at why not casting her.

ESSENCE.com: Mariah and Lenny Kravitz were both surprise performances.

DANIELS: It’s a very bold choice to put Mariah in this movie.  Could it take us out of the movie, yes easily? But you know what, why not roll the dice. You know I am doing a movie about a 300 pound Black girl who is learning how to read. It’s beautiful. Throw the sink into everything, you know. Why not go there? Lenny was always going to do the film because we are working on a film in the future. And like Mo’Nique did in ‘Shadowboxer,’ it was important for him to step into this small role so that he could see how it would be like to work on a bigger role in the next thing that we do.

ESSENCE.com: How did you find Gabby?

ESSENCE.com: How do you get these performances from the actors as a director, how do you coach them or collaborate with them?

DANIELS: Mo’Nique is a friend. I like working with friends because they trust you. And through trust comes great work. It’s about following direction and a lot of these actors think they know it all and they don’t want to let go. You should be a piece of creation to your director…and the great part about Mariah and Lenny and Mo’ and Paula and Gabby is they just said, ‘Okay.’  I am a piece of creation. ‘If you want me to jump here, I’ll jump there.’