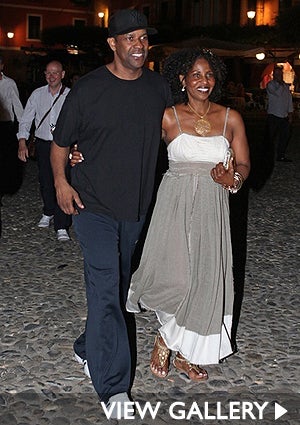 Denzel Washington’s run on Broadway is officially over. Now he and his family are taking a much-needed break in the beautiful village of Portofino, Italy. “Fences,” for which Washington won rave reviews and a Tony for Best Actor, has closed after 88 performances. The Broadway and Hollywood star is spending quality time with his favorite supporting actor, wife Pauletta Pearson Washington.