By clicking Sign Up, you agree to our Terms of Use and that you have read our Privacy Policy
Skip to content
By Rachaell Davis · Updated October 23, 2020
Actress Danai Gurira has consistently used both her craft and her increasingly large platform to spread awareness about issues affecting women, girls and communities of color in general and she recently teamed up with Johnson & Johnson to help spread awareness about the widespread HIV/AIDS epidemic as part of their #makeHIVhistory World AIDS Day campaign. ESSENCE caught up with the Black Panther shero just ahead of World AIDS Day and she opened up about why this specific cause is one close to her heart.

Growing up in Zimbabwe, I saw firsthand how HIV and AIDS altered the lives of so many people, and colored the tapestry of our nation. Although progess has been made, the fight against HIV and AIDS isn't over yet—there’s still work to be done. Join Johnson & Johnson, me, and countless others as we strive to #makeHIVhistory #history #partner @JNJ #worldaidsday2018

“I’ve been connecting with the cause for quite a long time at this point,” Gurira tells ESSENCE. “I was raised in Zimbabwe in the 80s and 90s and Africa was physically, in some senses, hardest hit by this issue. So, that’s definitely something that changed my viewpoint growing up. I looked at how it affected a community, people, society, family, friends and definitely the awareness of it, the education around it, and its’ impact on our society.” Gurira also emphasized how seeing the powers that be address the issue on a primarily statistical level without much connection to the actual people living with the disease played a big role in her motivation to want to help in any way she could. “When I came back to the United States—which is where I was born and lived until I was five—it was definitely something that I wanted to connect with,” she continued. “Seeing Africa and Africa’s dealings with this issue, as well as America’s, it was something that I felt seemed very statistical. I had witnessed real people and real experiences and people with dreams and hopes and aspirations and they were being reduced to numbers.” 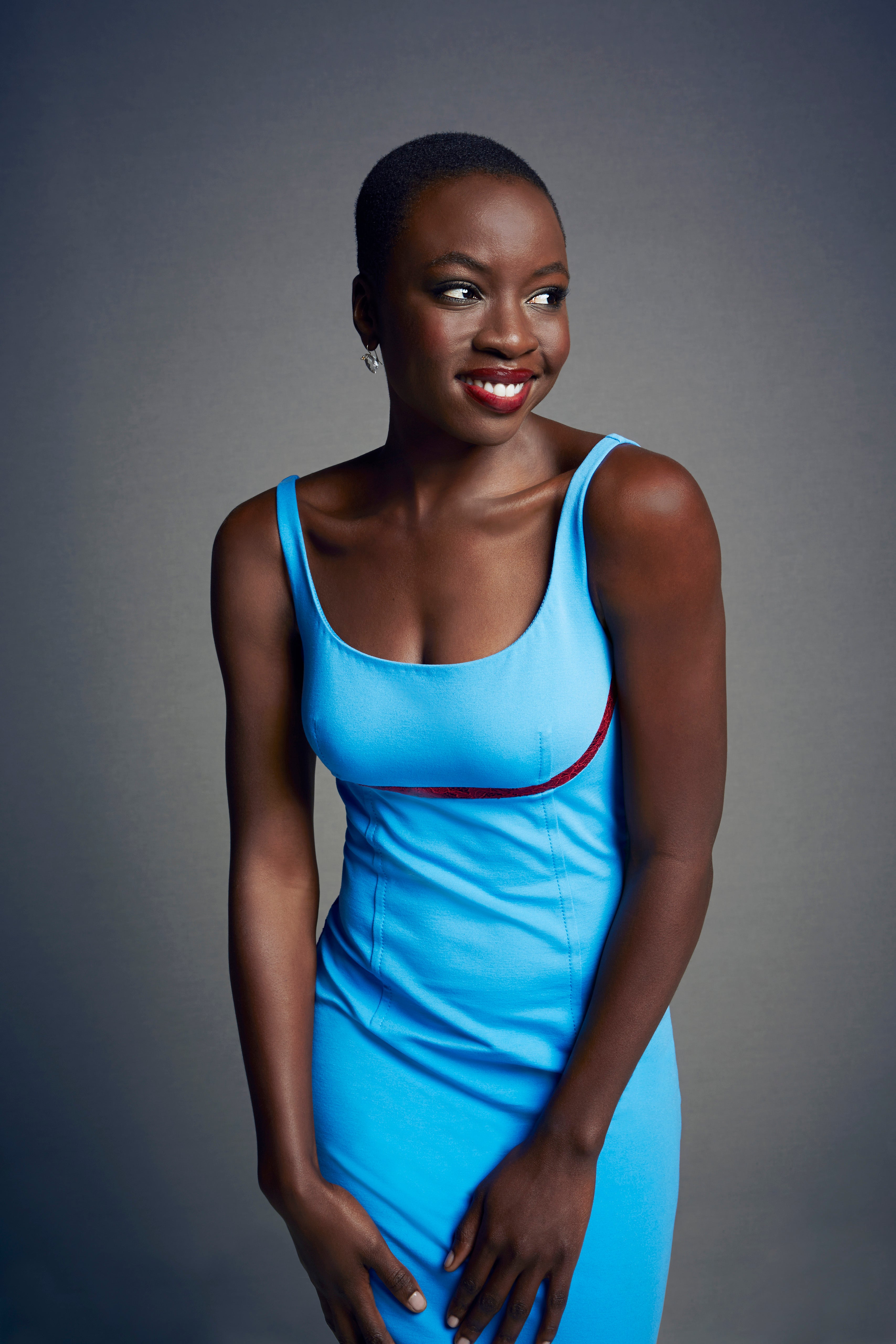 Danai Gurira poses for a portrait at the Getty Images Portrait Studio powered by Samsung Galaxy at Comic-Con International 2014 in San Diego, California.

An incredibly talented actress who is noticeably intentional about taking on roles in projects that feature strong women with a broader social message behind their stories, the “Walking Dead” star says she’d certainly be open to being a part of a project that brought the impact of HIV/AIDS on women and young girls to the big screen. “Absolutely. I’ve spent some years going around parts of the world performing a [theater] piece that was around this issue,” Gurira says. “So, it would be a no-brainer for me to tell stories from the African perspective, from the African female perspective and from the Black perspective and highlight the way this issue intertwines in the very fabric of so many lives of women across the continent and even here in the United States. It would be a very organic thing to tell that story on screen. Being that you’re ESSENCE, it’s good to know that the statistic really is that 1,000 girls per day are affected, which is REALLY shocking. It’s something that requires all hands to be on deck and it is something that disproportionately can affect women and young girls and it has been from the jump.” 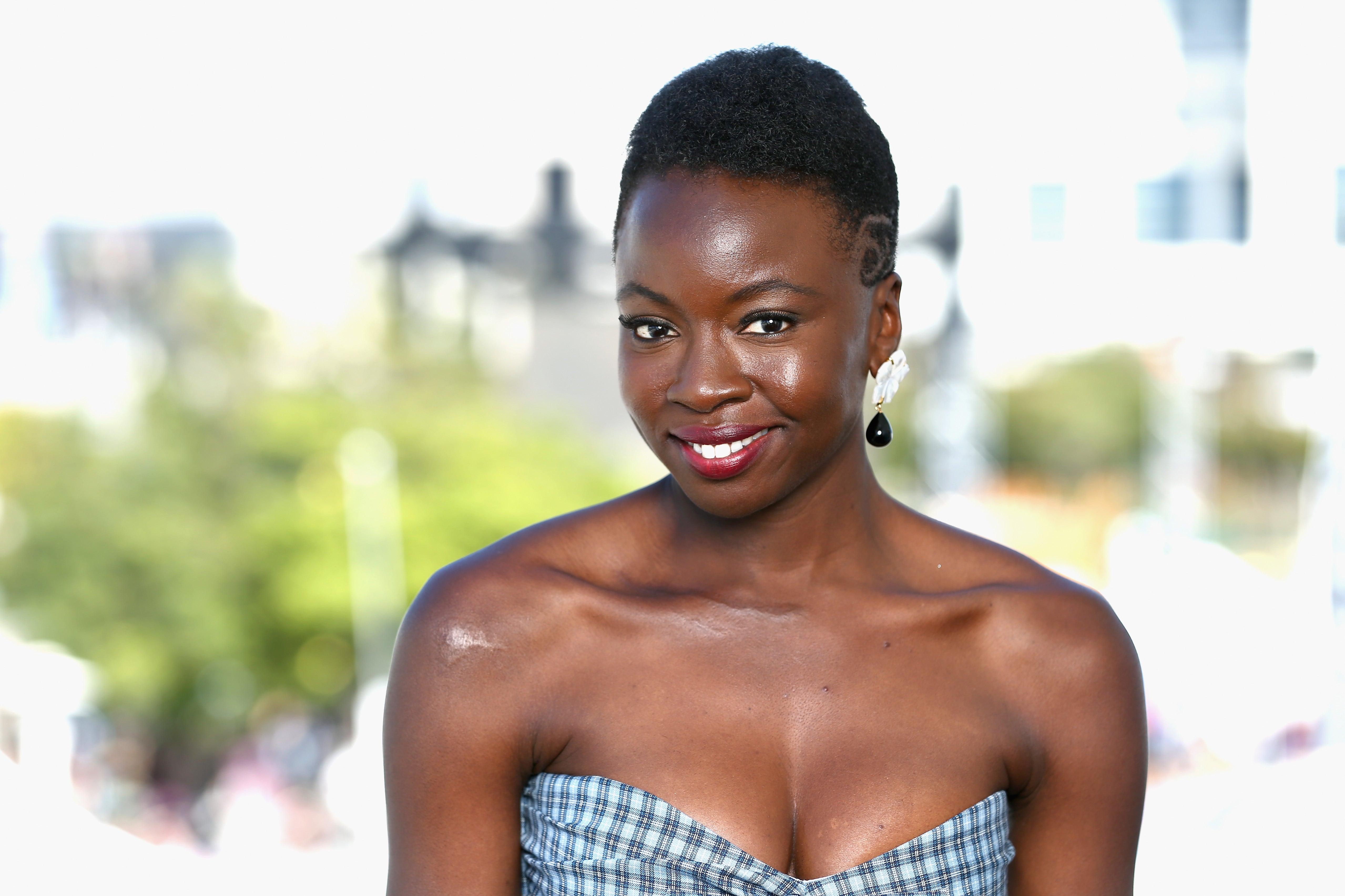 While completely eradicating the disease may seem like a tall order to some, Gurira believes there’s much truth and power behind one of Nelson Mandela’s most inspiring quotes as it pertains to the work to be done to get to a point of eradication. “I think about it also being Nelson Mandela’s centennial here and how it really connects to the idea of what he said, which is that it’s only impossible until it’s done,” she said. “I grew up next door to South Africa when he was in prison and his example of a man who stood up for others in great, great sacrifice is something I think inspired a lot of us who were in Southern Africa during that time.” Speaking about the dire importance of working to eradicate HIV/AIDS for the next generation, Gurira says it’s imperative that the focus is on creating a better, HIV-free world for children. “It’s always about the next generation and that’s why I love Johnson and Johnson’s hashtag, #makeHIVhistory,” she continued. “Because if we were to make it history, then it wouldn’t be something that affects children anymore. A world where we have eradicated HIV/AIDS is a world where children don’t have to know about it and think about it. We have plagues from the past that we don’t know about and think about that historically used to ravage people and don’t anymore and that’s what we want to see happen for the children of today, absolutely.” Gurira’s 2008 stage play, In the Continuum, examined the devastating impact of HIV/AIDS in Africa. She cited a heart-wrenching encounter with a mother and her young daughter while traveling to perform the play as one of many moments of direct interaction that further fueled her desire to want to help bring about change. 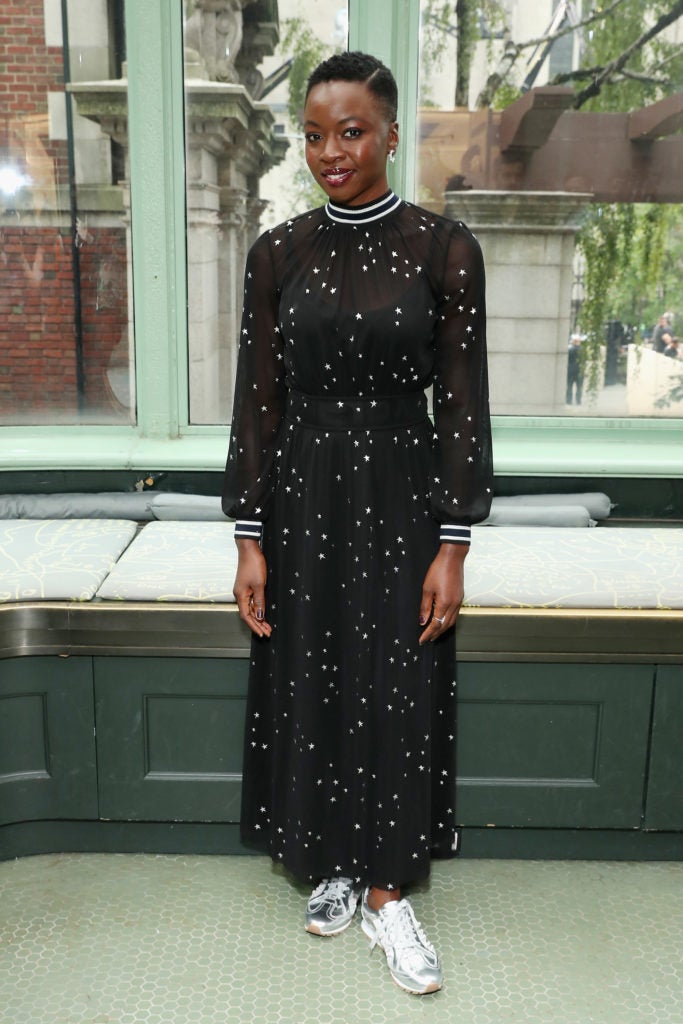 “One of the most heartbreaking things I ever went through is when I was performing In the Continuum, I met a young girl whose mother told me that she was HIV positive and that her daughter had been born with HIV. And she said to me, “she has a question for you,” and [her daughter] asked me where it came from. You realize, this girl was born with it and she had to deal with this her whole life so, through watching the work [we were doing with the play], she wanted to connect with me on that and have me address it for her. So, that’s why we have to bring awareness, that’s why we have to get on the frontlines—all of us—and become educated and educate others and figure out how we  can get all hands on deck, because it is all about the children and making sure that we can hand them an HIV-free world.” —