Getty Images
By Paula Rogo · Updated December 6, 2020
Jay-Z’s music relationship with R. Kelly was apparently a major reason why Dame Dash and Jay — and ultimately their iconic label Roc-a-Fella — fell apart, according to an explosive new interview. Roc-A-Fella co-founder Dash opened up about his former girlfriend Aaliyah, her connection with R. Kelly, and how that eventually led to the downfall of the label and the fallout with Dame’s co-founder Jay-Z .
Loading the player...
His comments came out amid the debut of Lifetime’s Surviving R. Kelly documentary this week. In the six-part documentary, R. Kelly is said to have married an underage Aaliyah in 1994, after pursuing a sexual relationship with her and allegedly getting her pregnant. In one scene, a former backup singer of R. Kelly even admits to witnessing a then-27-year-old Kelly having sex with then-15-year-old Aaliyah on a tour bus. Dash told Hip Hop Motivation that he had been watching the docuseries, and it was hard to see the parts that detailed R. Kelly’s relationship with Aaliyah. Dash and Aaliyah dated from 2000 until her untimely death in 2001. “I watched some of it yesterday, as much as I could tolerate,” Dash said. “I’m not gonna lie, as a human, I was tight. I was tight about a couple things. Number one: there was a girl when she was even trying to talk about it and she couldn’t, and I remember Aaliyah trying to talk about it and she couldn’t. She would just leave it at, ‘That dude was a bad man.’ Dash added that Aaliyah continued to struggle opening up about her relationship with R. Kelly. “I didn’t really want to know what he did, to the extent that I would, you know, deal with it because that’s what a man does,” Dame said. “But it was so much hurt for her to revisit it. I wouldn’t want to revisit it without a professional. Whatever got done was terrible.”

He added that Jay-Z’s decision to collaborate with R. Kelly on 2002’s The Best Of Both Worlds album, despite knowing that Dash had issues with R. Kelly, eventually led to Jay-Z and Dash’s undoing. Dash also claims that Jay-Z knew about R. Kelly’s predilections, and the things that the “Ignition” singer had done to Aaliyah. “If you remember The Best of Both Worlds, you don’t see my name on that…I never wanted no part of that,” Dash said. Dash claims he refused to be credited on the album, and that he donated his profits to a breast cancer awareness organization Aaliyah supported. “I know I’m not f-ckin’ with that…I knew, morally, we weren’t the same,” Dash said of Jay-Z. “So, to me, Roc-a-Fella was defunct. It was over. I couldn’t f-ck with it. It was something that, to me—I don’t wanna say ‘unforgivable,’ but I couldn’t understand it. 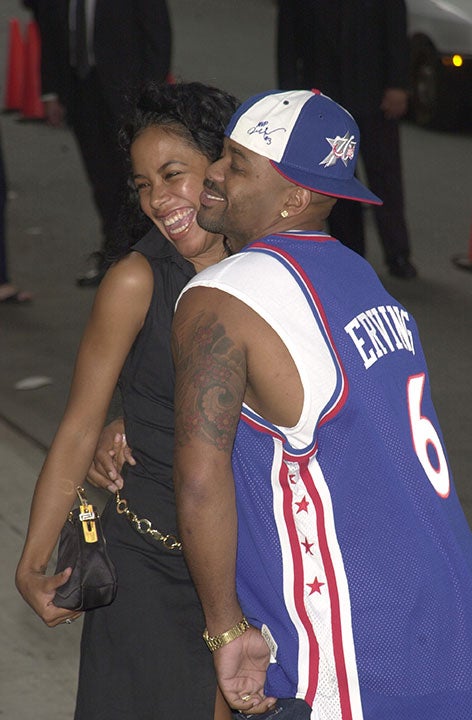 According to Surviving R. Kelly executive producer dream hampton, Jay-Z was one of the multiple celebrities who declined to come on camera to speak about R. Kelly. “John Legend was the only one,” who participated, hampton said. “I asked Jay-Z, I asked Mary J. Blige, I asked Lil Kim, Erykah Badu, Dave Chappelle…But they all said no. I mean, most people just don’t want to touch it.” R. Kelly has long denied reports that he and Aaliyah wed, saying instead that the two were close friends. In 2016, the R&B singer told GQ magazine that he “will never have that conversation with anyone.” “Out of respect for Aaliyah, and her mother and father who has asked me not to personally,” he continued. “But I can tell you I loved her, I can tell you she loved me, we was very close. We were, you know, best best best best friends.” You can check out Dash’s full interview below. His comments appear around the 10-minute mark: