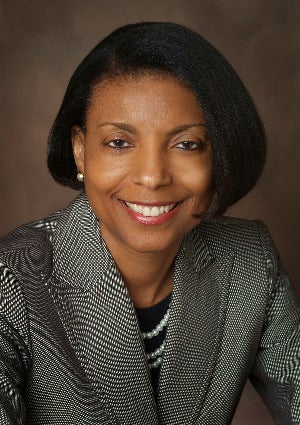 It’s CBC week in the District! More specifically, on Wednesday the Congressional Black Caucus Foundation commenced its annual legislation conference, a four-day event that draws thousands of elected officials, business and emerging leaders, celebrities, and everyday Americans to the Washington Convention Center for policy forums, power networking and more. ESSENCE.com chatted with Dr. Elsie Scott, president and CEO of the Congressional Black Caucus Foundation, about what to expect this week, the Foundation’s purpose (and the recent controversies surrounding it), and what she’s most looking forward to during one of the most powerful weekends in Washington. ESSENCE.com: What can we expect at the conference this year? DR. ELSIE SCOTT: The annual legislative conference is an opportunity to bring people from around the country and the world to discuss some of the key issues facing the African-American community, especially the policy and legislative issues. Hopefully people will leave with workable solutions. This is the second year into the Obama Administration, and we’re looking forward to discussion around the initiatives that have come from the White House, especially the healthcare legislation and financial reform. We are excited the First Lady is going to join us for a session about her childhood obesity campaign. At our town hall on jobs and education, we’re having some of the historically Black college and community college presidents talk about how to position our young people for the jobs of the 21st century, along with Education Secretary Arne Duncan and Health and Human Services Secretary Kathleen Sebelius. We’ll also have a job fair there to hopefully connect people with jobs. ESSENCE.com: Many people conflate the Congressional Black Caucus Foundation and the Congressional Black Caucus as being one and the same. What are the distinctions between the two organizations? SCOTT: The Congressional Black Caucus is an organization made up of the elected members of Congress who happen to be African-American. The Congressional Black Caucus Foundation is a nonprofit policy educational institute that is engaged in developing the next generation of African-American leaders, informing policy and educating the public around public policy issues. Our core programs are our scholarship, internship and fellowship programs. We’ve also started district-level forums out in local communities. We did that with the Recovery Act, hosting forums explaining what was in the Act and what it means for African-Americans. We’ve also done a lot of health forums and fairs to help people understand what their rights are, but also focus on what they can do as individuals to improve their health. ESSENCE.com: Earlier this year CBCF was the subject of a negative New York Times article, in which the most damaging claim was that in 2008 the Foundation spent more on catering for its annual dinner than it did on scholarships. How do you respond to those claims, and that article in general? SCOTT: The sound bite that came out was that we spend more on catering than we do on scholarships. Most people didn’t try to understand if the things in that article are true or not. The catering bill with the Washington Convention Center is for all of the events we conduct there during our four-day conference. We have a number of different events, in addition to the annual awards dinner. The report said we spent close to $700,000 on scholarships, but what it didn’t say is that we spent over $4.3 million on our overall programs — including our internships, fellowships, district-level forums and other public policy forums. Scholarships are just one part of our portfolio here. It was what the New York Times article did not say that distressed us. We felt like it was written to influence people’s opinions against the Foundation. ESSENCE.com: The scholarship program has also come under fire recently, when earlier this month it was reported that Texas Representative Eddie Bernice Johnson used the Foundation’s scholarship fund — meant for disadvantaged students — to award scholarships to her own relatives and relatives of her staff. In light of this, what changes are you planning to make to the program? SCOTT: We are upset about the fact that scholarships were not used in the way they were intended. It overshadows all the good work, and puts a cloud over the thousands of qualified, deserving students who have received our scholarships. From 2007 to 2009, we have given over 2,500 scholarships. What we’re doing here at foundation is begin a top-to-bottom review of our scholarship program in every district office. We might turn up more improper uses of our scholarship money, although we don’t think we’ll turn up a lot because we had rules in place that should have prevented this. Our rules clearly state that the scholarships are not to be given to CBC or CBCF relatives or staff. We have a certification process where the students and the members of Congress sign off, saying the person receiving the scholarship meets our requirements. We felt like we had done due diligence — never did we think people would sign, and certify that it was accurate, when it was a lie. Now we’re looking at what else we can do in order to make sure this doesn’t happen again. We’re looking at how to better enforce our rules, doing spot checks in district offices, and how to ensure that our selection committee is doing the work. Every time there’s an attack on us, I want to use it as a learning experience so we can go forth as a stronger organization.