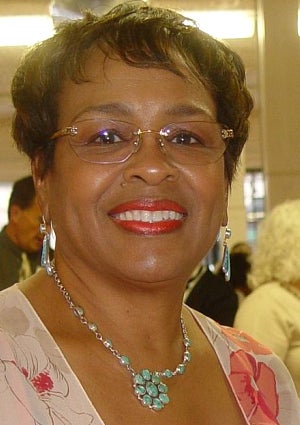 All eyes will be on Capitol Hill tonight at 9 p.m., as President Obama delivers his first State of the Union address. Just eight days after the setback of Democrats losing a seat in the Massachusetts Senate race, he’ll try to draw public support by focusing on the economy and job creation with a “for the people,” campaign-style message. Another place to look, however, will be First Lady Michelle Obama’s box, located in the balcony of the House chambers. The privileged seats have made news in the past, most notably last February when a 14-year-old girl named Ty’Sheoma Bethea was invited to join the First Lady at the President’s speech before Congress, for writing a letter to leaders about deplorable conditions at her school. (Another big news item that night was the First Lady’s arm-baring sleeveless dress, which inexplicably dominated headlines for weeks–seems almost quaint now that folks have gotten used to Mrs. O’s biceps.) Tonight, Mrs. Obama and Dr. Jill Biden will be joined by 25 guests, including two Fort Hood police heroes, a Stanford University freshman, and Haitian Ambassador Raymond Joseph. Also in the box will be Anita Maltbia, 64, a Kansas City native, community activist, and director of an amazing project called the Green Impact Zone. The White House has highlighted the Green Impact Zone, an effort to rehabilitate and weatherize 150 blocks of one of Kansas City’s poorest neighborhoods, as a program to possibly replicate around the country. “I couldn’t be more thrilled and delighted,” Maltbia, who received an invitation from the White House last Wednesday, told me in an interview. “I count it as the highest honor that’s ever been extended to me.” Through weatherizing homes and utilizing other green construction, one focus on the Green Impact Zone is job creation–a topic that the President will absolutely focus on tonight. “That is a very basic need that residents, particularly in the urban core, have,” said Maltbia. “I believe for the administration to have invited someone who is doing the kind of work that I’m doing right now is a clear indication of the importance they assign to that work. It’s an indication of the caring that they have for residents that live in urban areas, and it adds to the energy to get this work done.” I’ll be at the House chambers tonight as well, to catch the speech. Will you be tuning in to President Obama’s State of the Union address? For more of Cynthia Gordy’s Obama Watch, click here.