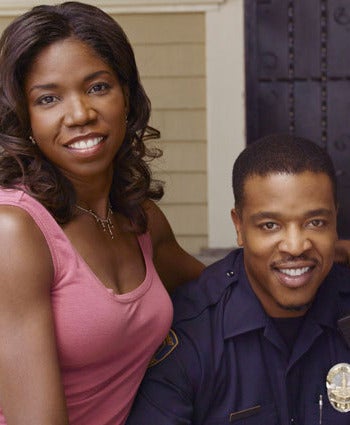 The audience applauded when the cast of “Lincoln Heights” was awarded the 2010 NAACP Image Award for Outstanding Drama Series two weeks ago, but backstage, it was a different story. “Primarily ratings, we’ve been told,” the show’s executive producer, Kathleen McGhee-Anderson, responded when asked why the family-friendly show had been canceled. To her credit, Anderson tried to keep the conversation upbeat. “We have a great fan base and our show is recently out on DVD, so our fans can continue watching. We’re also syndicated [on TV One].” While we’re certainly sad that the Sutton family is signing off after four seasons, the bigger question is, “Where does diversity fit on the small screen?” Back in the day, it seemed there was no shortage of Black-themed shows–from “The Jeffersons,” “Good Times” and “227” to “Family Matters,” “The Fresh Prince of Bel-Air,” “Living Single” and more recently, “The Bernie Mac Show,” “Soul Food,” “Girlfriends” and “The Game,” to name a few. And lest we forget to mention the golden years when “The Cosby Show” and “A Different World” had Thursday nights on lock. Fast-forwarding to 2010, we would certainly be remiss if we didn’t make mention of Tyler Perry’s shows, “House of Payne” and “Meet the Browns,” but the simple fact is, we need to see more. As far as dramas are concerned, we’re quite happy to know that Jada Pinkett-Smith is running the show over at “HawthoRNe” and to watch as Laurence Fishburne and LL Cool J lead the charge over at “CSI” and “NCIS: Los Angeles,” respectively. We also have ensemble cast members Regina King (“Southland”), Hill Harper (“CSI: NY”) and Andre Braugher (“Men of a Certain Age”), but again, we want to see more. Thankfully, our wishes might be granted sooner than later. As the television industry gets prepped to present their fall line-ups to advertisers, we’re hoping that things will be looking up. As we’ve previously reported, Boris Kodjoe has shot the NBC action-drama pilot, “Undercovers,” alongside British actress, Gugu Mbatha-Raw. Forest Whitaker is also up to lead the “Criminal Minds” spinoff for CBS. If the two shows are picked up, Kodjoe and Whitaker will join Fishburne and LL on the short list of Black actors to lead a primetime, network series. Fall contenders also include Laz Alonso in the Fox action-drama, “Breakout Kings,” and former “Ugly Betty” co-star, Freddy Rodriguez, who’s shot the CIA-themed drama, “Chaos,” for CBS. As nearly everybody can see, America is more diverse than ever before. Isn’t it about time that broader, more inclusive stories be told on the screen, with actors who reflect what the world really looks like? Network suits, take heed. Read more: