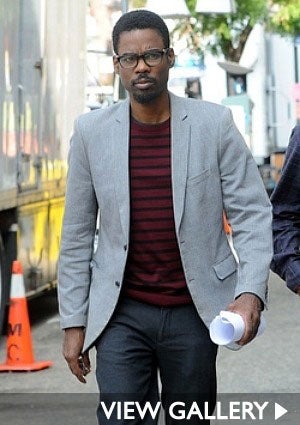 Chris Rock looked quite serious while filming on the streets of Manhattan yesterday for “Two Days in New York,” the stateside follow-up to the 2007 romantic comedy, “Two Days in Paris.” We like his strong, silent side almost as much as his animated, hilarious side.