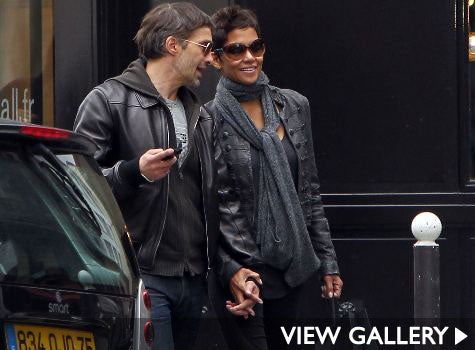 Halle Berry’s doing it and so is Janet Jackson. So are Naomi Campbell and Zoe Saldana. Pep even did it for the cameras on “Let’s Talk About Pep.” Should you be doing it? “It” of course, is interracial dating and it remains a hot topic for some Black American women, but it really shouldn’t be. After all, the world is getting smaller. People of all races are dating whoever they want; Black women are no exception. It’s not about race; it’s about love, right? Of course it is… and it isn’t. While a recent Pew Research Study found that interracial marriages are increasing in the United States, Black women as a group tend to be among the least likely to date out. The reasons are cultural and historical, personal and individual, but one that I’ve heard frequently is: “Men of other cultures don’t find us attractive unless we fit a European ideal.” Looking at these celebrity women seems to suggest that there is some truth to that. But in the world outside of celebrity, I’ve met Black women of every shade and body type who are in relationships with non-Black men. Overwhelmingly, they have found that men are attracted to the women who are attracted to them. In other words, if a man thinks you find him funny, smart, interesting and attractive, he feels good in your presence and he’s all in. Skin color, hair texture and bone structure don’t have as much to do with attraction as many sisters think. Looking more “European” isn’t the issue. The larger evil for Black women — whether they are dating interracially or not — is the stereotype of who Black women are and what we’re like. You know what I’m talking about: the Sapphire and Mammy and their modern-day descendants in television and movies — these are the staple images of Black women in our culture. They perpetuate the idea that “Black women are scary and angry” which discourages men of other cultures — and sometimes men in our own — from seeking us as partners. Janet, Halle, Tyra and the others represent Black women who challenge those racist stereotypes. They show us as we really are: multi-dimensional, feminine, vulnerable, strong, smart and fun to be around. They are proud Black women, but they refuse to be bound by stereotypes. They refuse to limit themselves. Instead, these celebrity women are making their dating decisions on the only criteria that really matters: by looking at the man’s qualities first — not his skin tone. What kind of man is he? Is he good to me? Does he want to build something with me? Those are the questions that matter. Physical attributes are far less important than these fundamental questions. Six-foot-two has nothing to do with whether a man can make you happy; and if being Black alone was enough to guarantee a relationship’s success, there wouldn’t be a 50% divorce rate in Black-American families. Happiness doesn’t have a color and love has no stereotypes. Those are the most important lessons these celebrity women and their “rainbow beaus” can teach us.

A former law professor at Harvard Law School, Karyn Langhorne Folan in a fiction and non-fiction writer and the host of radio talk show, “The Book Squad” on WMET 1160 in Washington D.C. Her book “Don’t Bring Home a White Boy: And Other Notions That Keep Black Women From Dating Out” was relesed in February 2010.”