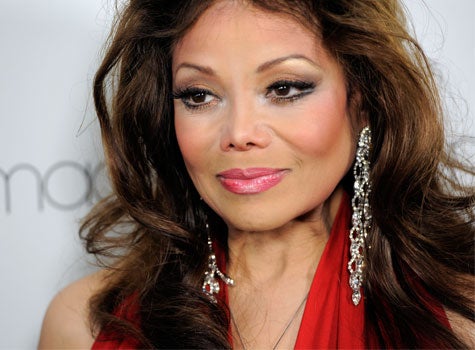 Last night, “Celebrity Apprentice” stars broke out their paintbrushes and got creative. This week, their challenge was to produce original pieces of art to sell at a trendy SoHo gallery. Though the girls started off on a bad note, project manager Marlee Matlin carried team A.S.A.P. to victory, raising nearly $1 million — $400K more than team Backbone.

La Toya Steps Up to the Plate
In a very poignant moment, La Toya Jackson pulled out a very personal item from her purse — an autographed t-shirt from her brother. According to Jackson, it was the last shirt he approved to be sold during his “This Is It” tour. Matlin says she got goose bumps knowing she would give up such a personal item. Jackson donated the shirt to help team A.S.A.P. take the win — the shirt earned $99K. Way to go, La Toya!

Divas Turned Picassos
It seemed quite unnatural to see NeNe Leakes and La Toya Jackson roll up their sleeves to get down and dirty in paint — both proving to be quite artistic, by the way. On the other hand, Star Jones didn’t do much but run her motormouth and complain about the technology being broken. It nearly pained Star to get her hands dirty — what a wuss.

Team A.S.A.P. Drops the Ball
The girls spent most of their day painting — leaving little time for organization or time management, for that matter. With nobody keeping an eye on the clock, they leave their workspace extremely late, only to sit in traffic for three hours. By the time they arrived in SoHo, they had only a few minutes to spare. They hastily put the artwork up and opened the doors to the public. The girls got off to a slow start, but ended up earning a whopping $986,000 while the men gathered a very sizable $626,908.

Elimination
Donald Trump asked Matlin, the winning project manager, if someone should be fired. Though she had the option to keep everyone this week (because Jose went home early) she wanted to eliminate someone from team Backbone. When it was all said and done, Richard Hatch got the boot — probably well-deserved.