By Sydney Scott · Updated December 6, 2020
Enjoying the fame that’s come with his new star status has been tough for Brian Tyree Henry. In a new profile, the Atlanta star reveals that losing his mother has made it difficult for him to come to terms with his recent success. “What kills me is everyone’s like, ‘How do you feel about this Emmy nomination?’ My mother’s dead,” Henry told GQ. “Every time I close my eyes, I see my hand on her casket. Every time I close my eyes, I hear my necklace bang on her casket. That’s the last time I saw her. That’s the only thing that gets me out of bed, and it’s sometimes the thing that keeps me in it.” Henry added that being busy has helped him deal with the grief, but added that without her “I don’t really get a chance to rejoice in it.” “I’ve buried a person every year for three years. I lost my best friend to cancer; then I lost my other best friend the next year to lupus. And I lost my mom to a fucking car accident. She wasn’t even sick. She died in the most awful fucking way. So it’s like… I haven’t had a chance to even think about that. But I still have to survive,” he continued. Henry has received praise for his work as Alfred, also known as Paper Boi, in Donald Glover’s Atlanta as well as recently for his role in Barry Jenkins’ If Beale Street Could Talk. He’s also starring in the forthcoming film, Widows, opposite Viola Davis. 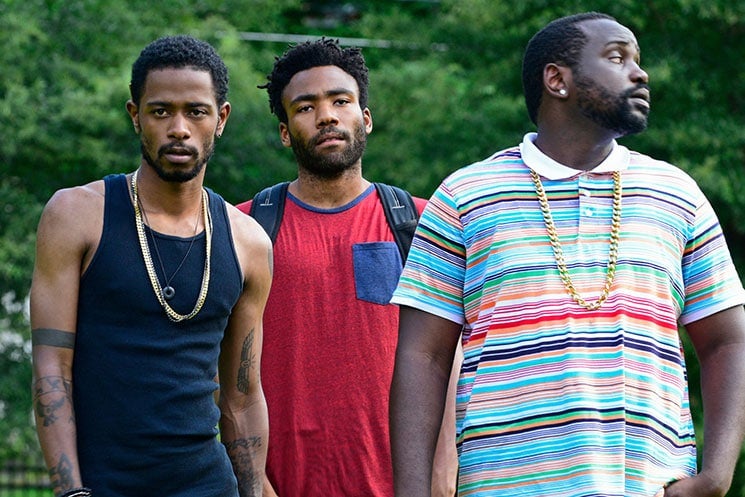 The actor says he’d like to believe that his wins are motivated by the people he’s lost. Referring to “Woods,” a critically lauded episode from Atlanta‘s second season that sees Henry’s Alfred grappling with the anniversary of his mother’s death, a moment that hit close to home, the actor said, “I like to believe that all these blessings are them. But it would be really nice to look to my left and see my mother sitting there when they call my name.” “It’s hard to do this stuff. It’s just like she died yesterday, man,” he added. “I haven’t even looked at a photograph of my mom since she died. I can’t look at her. And yet people are still celebrating and lauding this thing that I did about my mom. When, at the end of the day, I can’t really rejoice in what I did, because I’m still in pain.” We’re keeping Henry in our thoughts.
TOPICS:  Brian Tyree Henry fx