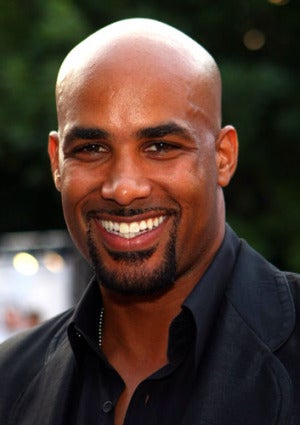 Boris Kodjoe is always a welcome presence on the screen. If he gets his way, we’ll be seeing a lot more of him–in primetime.

Kodjoe has landed the lead in the television pilot, “Undercovers,” which will revolve around the lives of a married couple who come out of retirement to resume their careers as C.I.A. agents.
According to “The Hollywood Reporter,” British actress Gugu Mbatha-Raw has been cast opposite him.  The show has been described as a cross between “Mr. & Mrs. Smith” and “The Bourne Identity.”

Best known for his work on “Soul Food,” the series, Kodjoe’s credits include “Surrogates,” “Brown Sugar,” “Madea’s Family Reunion” as well as the short-lived sitcom, “Second Time Around,” on which he co-starred with his wife, Nicole Ari Parker.  If “Undercovers” gets the greenlight, Kodjoe and Mbatha-Raw will be among a small handful of Black actors to lead a primetime series.