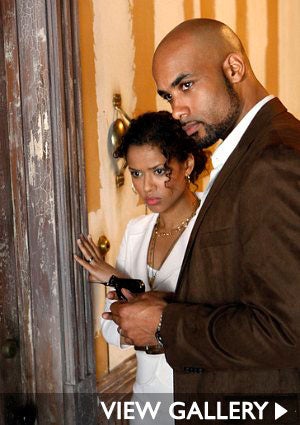 ESSENCE October cover star Boris Kodjoe and British actress Gugu Mbatha-Raw star in this season’s most anticipated spy drama “Undercovers,” about a domesticated couple living a double life — caterers by day and secret agents by night. Playing former CIA agents Steven and Samantha Bloom — who decide to get back into the espionage game — soon learn that being spies is the sexiest way to put some spice back into their lackluster marriage. We’ve got an exclusive behind-the-scenes sneak peek at what Mr. and Mrs. Bloom will be serving us on Wednesday nights at 8pm ET on NBC.