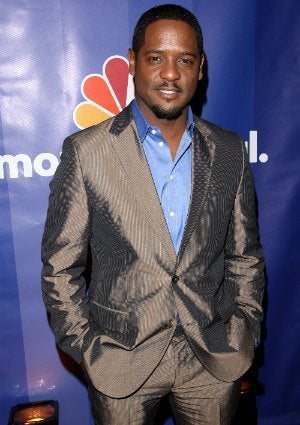 When Blair Underwood appears on our TV screens we stop what we’re doing, sit down and tune in. That beautiful, chocolate complexion and bright smile have been a constant feature on television since the ’80s. With the pilot episode of NBC’s “The Event” — in which Underwood plays the President of the United States — it seems that Underwood, 46, just keeps getting sexier with age. We can’t get enough of this talented brother, so we’re reminiscing about some of Underwood’s sexiest television roles. Jonathan Rollins, “L.A. Law” We consider Blair Underwood’s breakthrough role to be Jonathan Rollins on “L.A. Law.” Rollins was a strong-willed attorney in Los Angeles. The role snagged Underwood a July 1986 feature in “Playgirl.” Dr. Ben Terner, “City of Angels” Underwood returned to L.A. to play the handsome Dr. Ben Terner in “City of Angels,” a show about a group of doctors and nurses. When the show was cancelled, fans were outraged, saying that “Angels” didn’t get a change to grow. We were sad that we wouldn’t get our regular sighting of Underwood. But he would return to TV soon enough. Dr. Robert Leeds, “Sex and the City” Underwood played the sexy sports medicine doctor who moved into Miranda’s building during season six of “Sex and the City.” He is everything a girl could ask for — devastatingly handsome, adoring, successful and a great lover. Miranda can’t profess her love to Leeds because she’s still in love with Steve. We demand a rewrite because we would never let him go. Simon Elder, “Dirty Sexy Money” Underwood was added to the cast of “Dirty Sexy Money” in its 2007-2008 season to shake things up as a sexy, savvy and mysterious billionaire named Simon Elder who is a possible threat to the Darling family. His love scenes with Karen Darling are hot. Seeing his body stretched out on a bed, minimally covered with bed sheets is television nirvana. President Elias Martinez, “The Event” Who is sexier than the leader of the free world? Blair Underwood plays the President of the United States, tangled up in a government conspiracy in “The Event,” which premieres tonight. We’ll be watching.