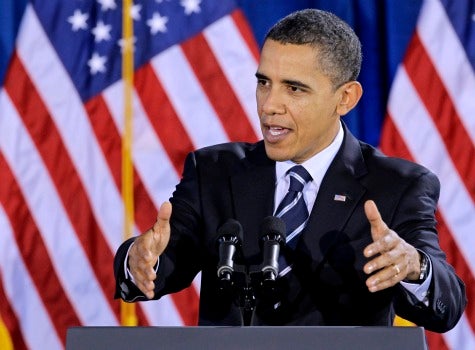 On Wednesday, President Obama will make it official: thousands of Black farmers will finally see some measure of justice. Swiftly on the heels of passage in Congress, the President will sign a bill authorizing $1.25 billion toward longstanding discrimination claims. The story dates to a 1998 lawsuit known as the Pigford Case. This class-action suit involved 13,000 Black farmers who successfully sued the U.S. Department of Agriculture for unfairly denying them loans between 1983 and 1997, even as White farmers received assistance without incident. In a nearly $1-billion settlement, the government paid the farmers $50,000 apiece, plus $12,500 in tax breaks. Thousands of Black farmers, unaware of the original lawsuit, were allowed to belatedly join the case in 2008, and it’s taken all this time to get their money approved. What now? ESSENCE.com spoke to Agriculture Secretary Tom Vilsack to find out. After two years of roadblocks from Congress, he explains the process for getting each farmer paid, what happens if the money runs out, and his response to provocative attacks from Congress that liken the settlement to “slavery reparations.” ESSENCE.com: How is this money going to actually get in the hands of farmers who suffered discrimination? TOM VILSACK: After the President signs the appropriations bill, we’ll be working to identify independent arbitrators for reviewing the Pigford 2 claims. The claimants will be required to submit paperwork, and make an option about which track they’ll go through — Track A or Track B. Under Track A, if they’re approved, they can get up to $50,000, plus $12,500 in tax benefits. Some people may feel that up to $50,000 is not sufficient to cover their damages, so under Track B they can submit more detailed paperwork and make a claim for a greater amount. If it’s approved, they can get up to $250,000. Once the claims have been reviewed, a decision has to be made on each of them. At that point we’ll decide how many claimants there are, and we apply that to the $1.25 billion available. If tens of thousands of people have bona fide, legitimate claims, then folks may end up getting less than $50,000 because the amount of money that’s available is capped. ESSENCE.com: If you run out of money, instead of working to increase the amount… each farmer would just have to get less? VILSACK: That’s correct. It was pretty difficult to get the resources that we got. From comments we’ve gotten from some of our friends in Congress who were not supportive of this, I think we’ve pretty much limited ourselves to what we’re able to do. ESSENCE.com: Speaking of which, Representative Steve King, a Republican from Iowa, equated the settlement to slavery reparations, and charged that most Black farmer claims are fraudulent. Any thoughts on that? VILSACK: I’m disappointed that Representative King would make those comments. The reality is, there is ample proof that there were discriminatory activities and events that took place at USDA, which harmed these people economically. We are requiring them to submit proof, which is to be reviewed by the Comptroller General. Lawyers have to certify the truth and accuracy of the claims being made. The Inspector General is to do an audit, and the court has to approve the final accounting. All of that is a way of guaranteeing that we are looking at bonafide discrimination claims. It may be that Representative King isn’t fully aware of the history of Pigford — that clearly people walked into USDA offices many years ago and were denied credit, which made it difficult for them to continue their operations or severely hampered their operations. This didn’t happen because the offices couldn’t afford the loan, or the farmers couldn’t repay it. It happened because of the color of their skin. This has been a sad chapter in USDA’s history. We want to put an end to it, and the Congressional action taken is certainly an important step in that direction. ESSENCE.com: What changes have been made at rural USDA offices, to prevent such discrimination from continuing to happen? VILSACK: I can’t speak to what took place, if anything, before I got to this office. What I can tell you is that we hired the Jackson Lewis Group [a national workplace law firm], which had been doing a similar kind of evaluation for Fortune 500 companies, to go into the 16 states where the majority of claims arose and look at current practices. They’re making sure that, if there are practices or procedures that could potentially give rise to claims in the future, we know how to stop them. They’re ensuring that we don’t make the same mistakes, either intentionally or unintentionally. They will be making a set of recommendations for me at the end of this month. For more of Cynthia Gordy‘s Obama Watch stories, click here.