Skip to content
By Charli Penn · October 11, 2011
01
Emmy Excellence
During his first Emmy win, Courtney adorably shouted out his wife of 19 years. "The woman who rocks my chain," he said. "Angela Evelyn Bassett, this one is for you girl!” 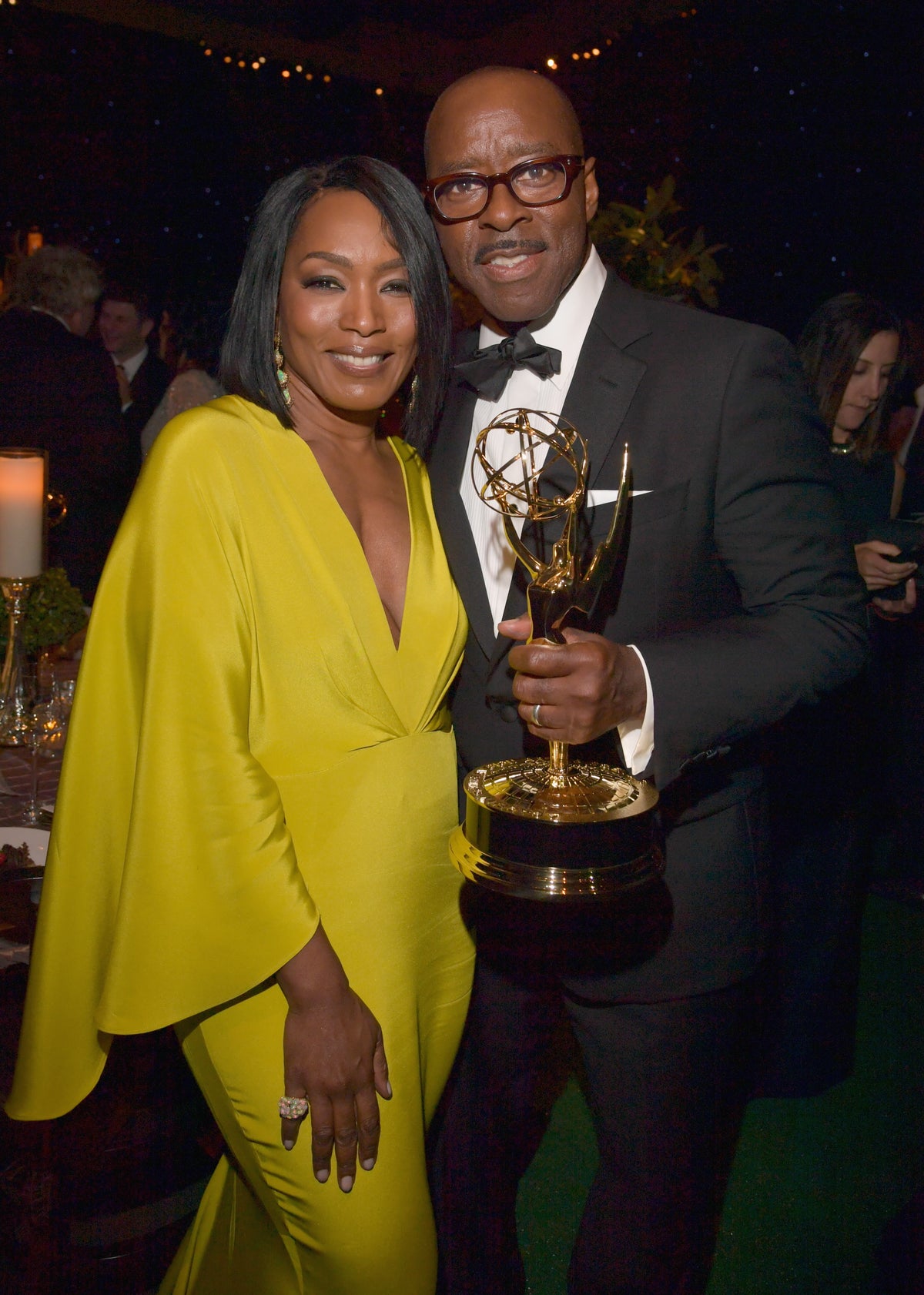 In the early 80s Angela Bassett and husband Courtney B. Vance met as classmates at the Yale School of Drama. 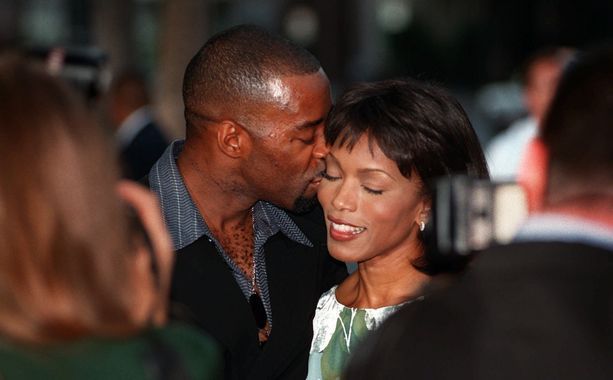 On October 12th, 1997 college sweethearts Angela Bassett and Courtney B. Vance met at the altar and shared vows before friends and family. 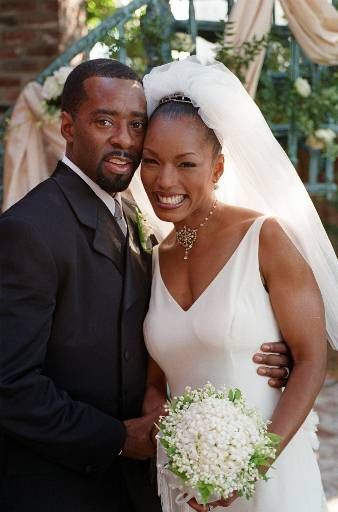 After Courtney proposed to Angela, the pair made a decision to be celibate for the entire twelve months before their wedding night. “Because we knew this relationship was so special we decided to abstain from sex until after we were married,” Courtney once revealed in an interview. Angela followed, “That was my brilliant idea, but it wasn’t easy. Actually, one night, I did beg Courtney to give in.” 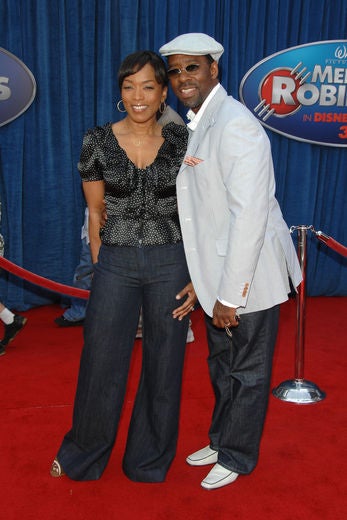 Wait for Love
05
Double the Pleasure

One of the toughest obstacles Courtney and Angela faced in their marriage was the struggle to conceive a child. In March 2006 a surrogate gave birth to their twins, son Slater Josiah and daughter Bronwyn Golden. 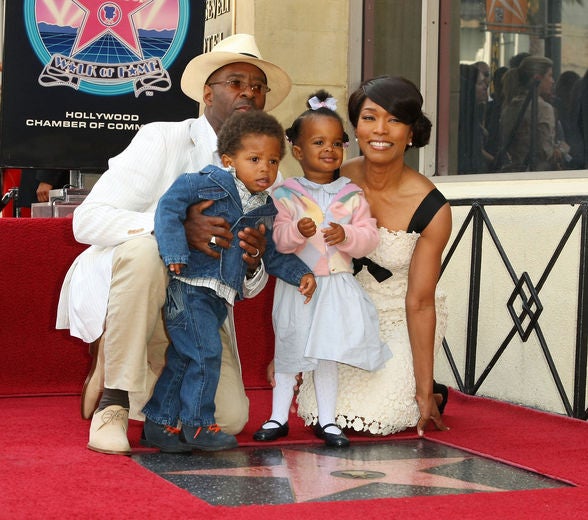 Angela and Courtney have been a match made in heaven since day one. Here the couple glows as they pose for a photo opp. 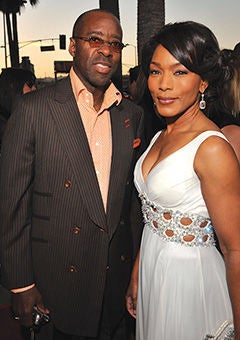 Shining Bright
07
Flaws and All
"I honestly believe that he sees me and is interested in me, and not just what I do. Because I’m not always acting. Sometimes I have to let my guard down and be vulnerable. He sees that and still accepts me," said the actress of Courtney. 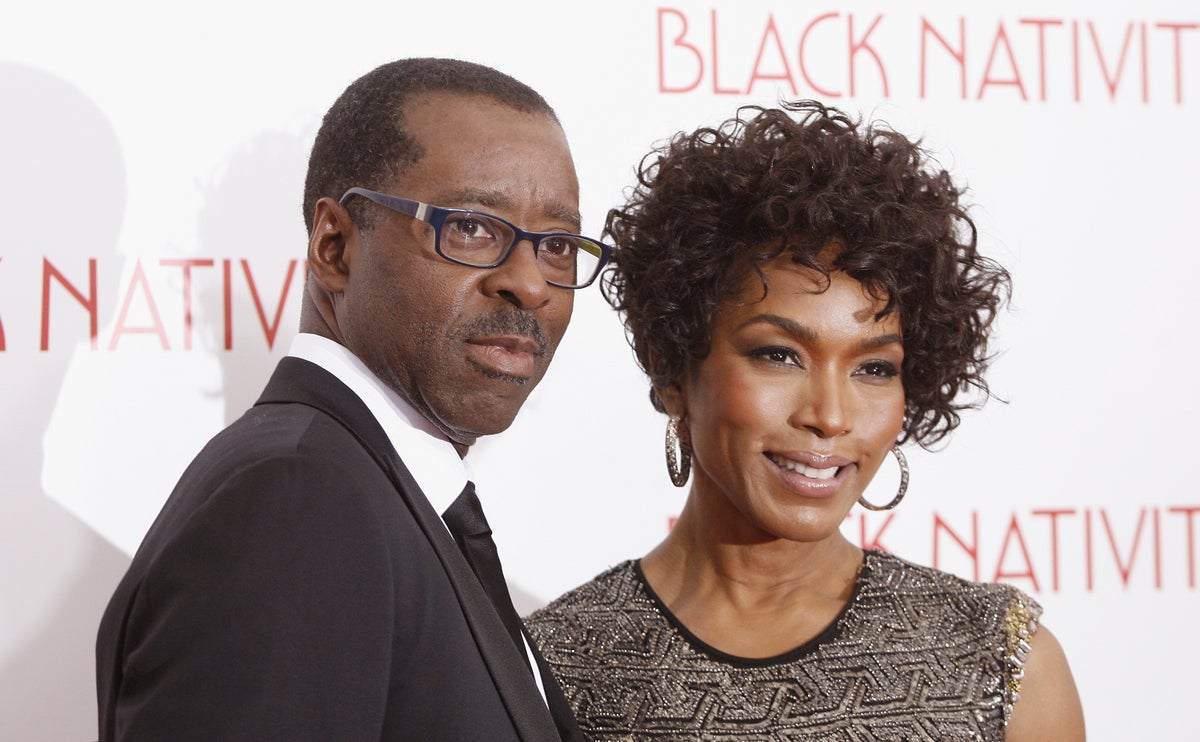 Flaws and All
08
A Love Story

In “Friends: A Love Story” Angela and Courtney trade off chapters to tell their parallel autobiographies in a welcoming testament to love, faith and hard work. The book was released on Valentine’s Day 2007. 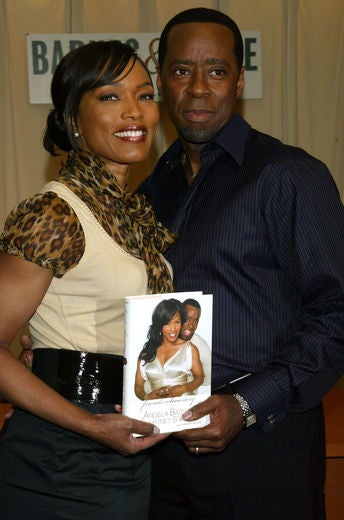 A Love Story
09
Date Night
When they have a night away, the couple loves to attend the theater for a date night because they enjoy the romantic appeal. 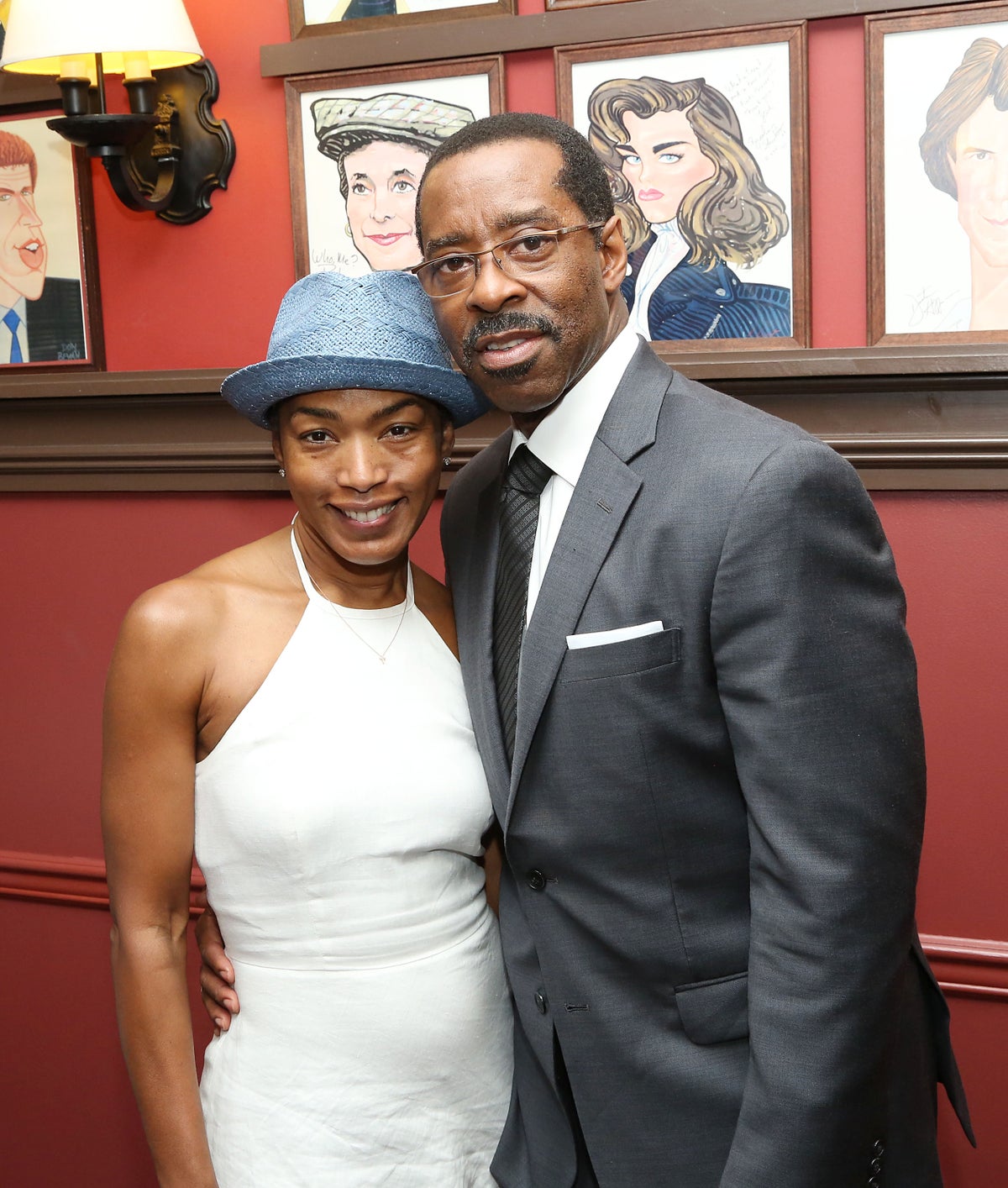 Before Angela and Courtney fell in love they both ran in the same collegiate circles and were very good friends. 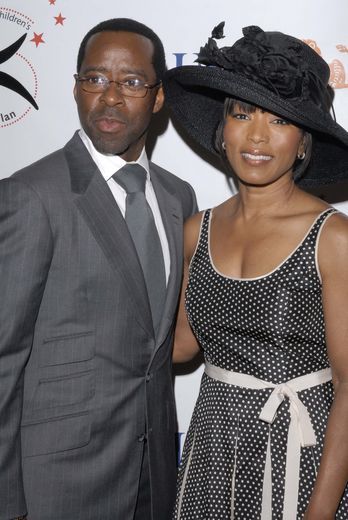 Angela Bassett and Courtney B. Vance pause on the red carpet to pose for a family photo with their adorable twins Slater Josiah and Bronwyn Golden. 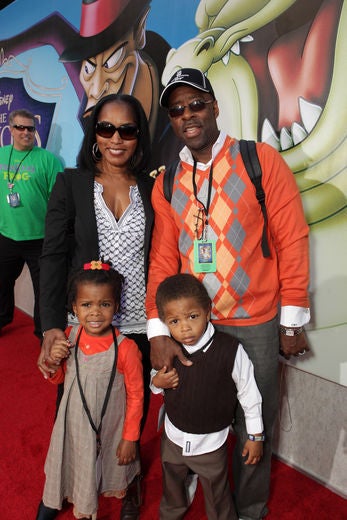 Regalness knows their name! When these two hit the carpet, they're simply amazing. 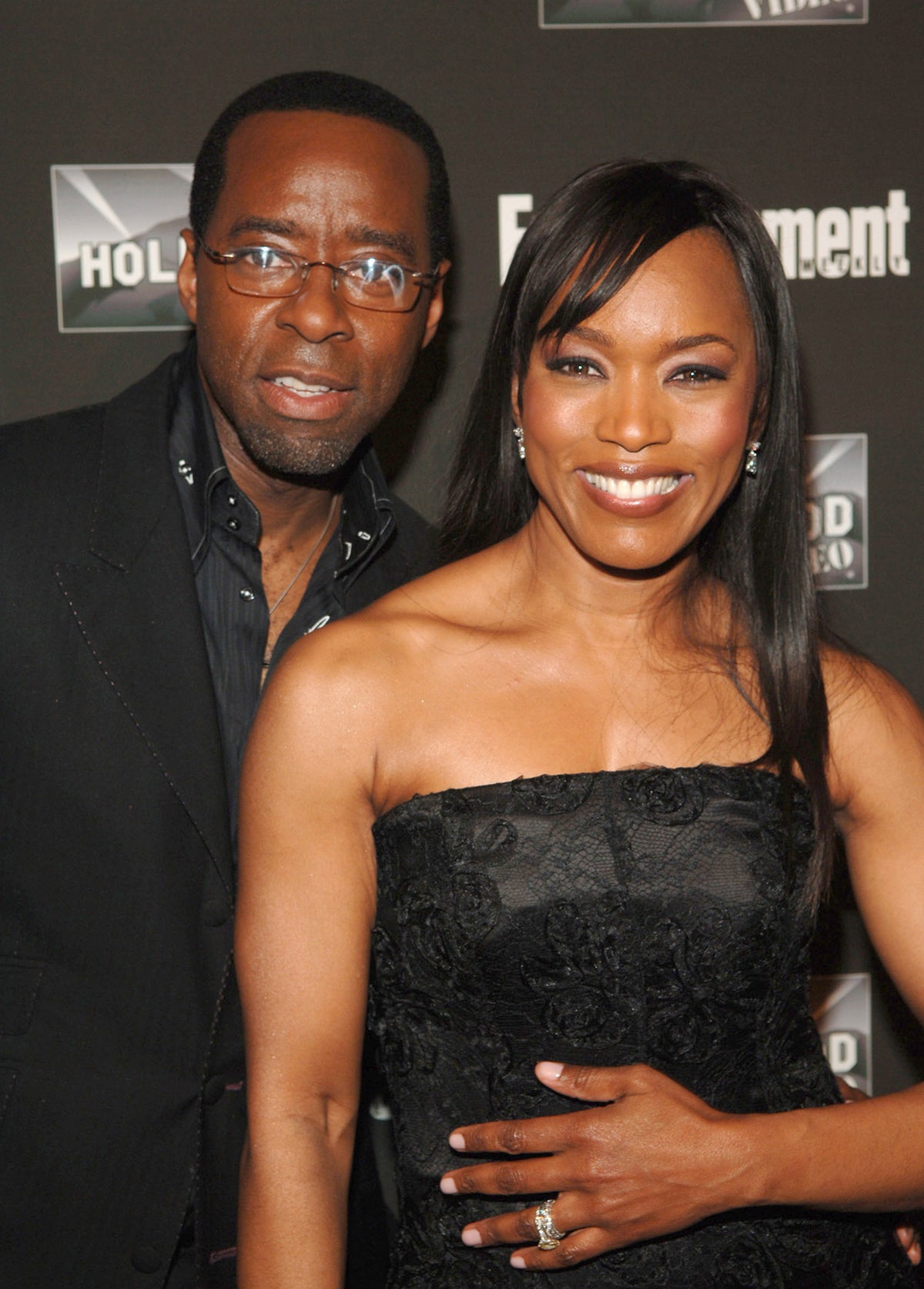 Angela and Courtney relax on board Queen Mary the 2 While catching some R&R together in the summer of 207. 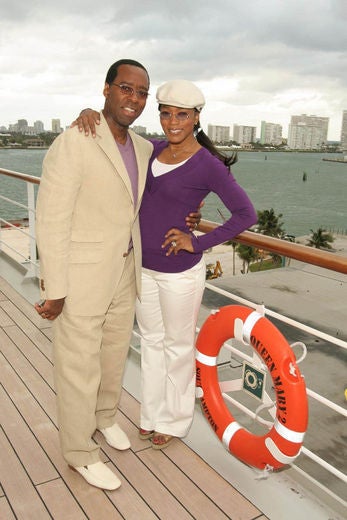 Husband and wife team got to spend a little time together on the clock when they both joined the cast of the final season of “ER” in 2009. 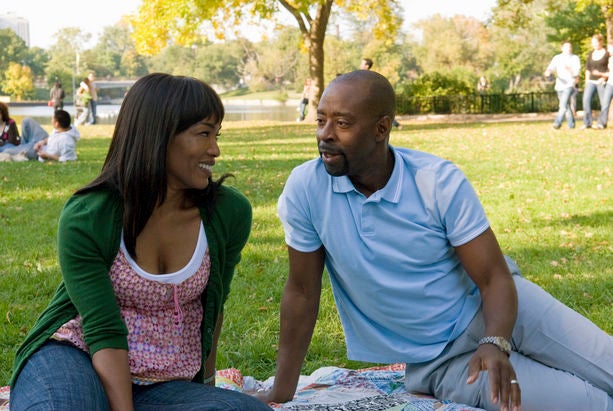 Opposites Attract
15
A Gift From God

When asked about her twins, Angela said in an interview: “We prayed for them to be here, and they are here. God made a way out of no way.” 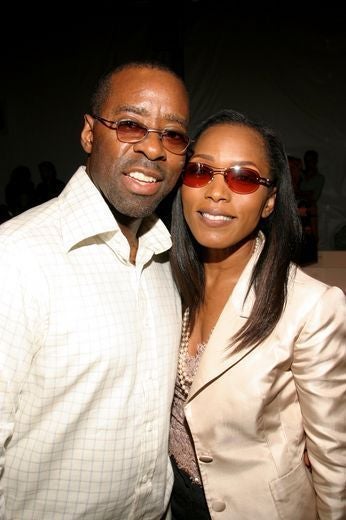 A Gift From God 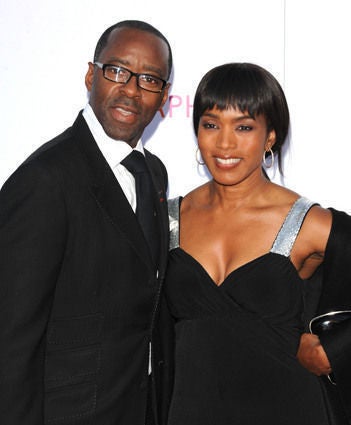 Me for You
17
Friendship First

When asked how she and Courtney keep things so cozy and comfortable between them, Angela has said, having been friends before marrying is, is one of the reasons they have such a warm relationship. 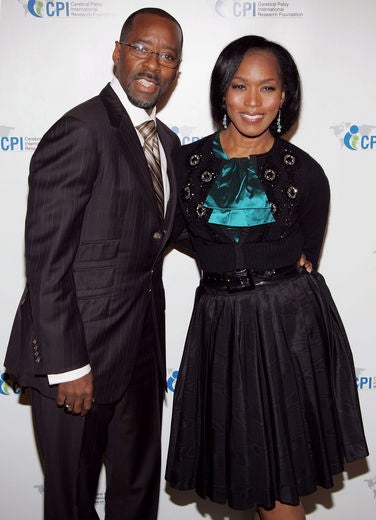 Friendship First
18
Down to Earth Duo

Whoever said Hollywood makes you crazy, hasn’t met Angela and Courtney. The pair don’t chase the spotlight. Instead they focus on having a healthy happy marriage and being great parents. 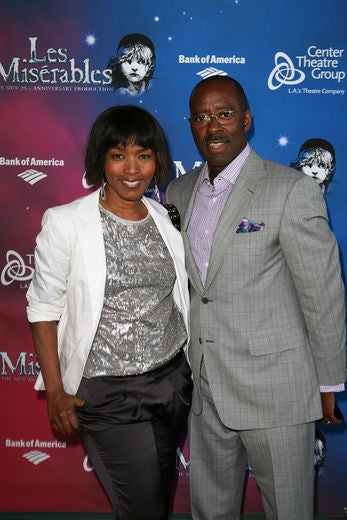 Down to Earth Duo
19
Unbreakable

Angela and Courtney have been role models for a strong and happy marriage within the black community for years, and it doesn’t look like their rock solid bond can ever be broken. 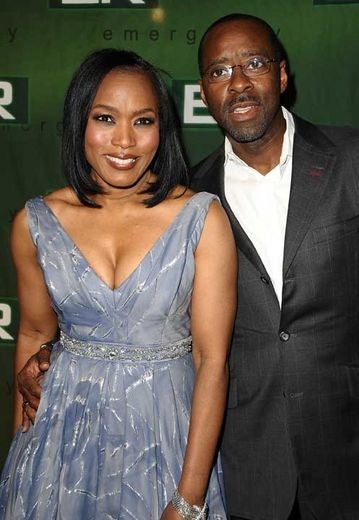 Unbreakable
20
All Dressed Up In Love

Angela Bassett and her husband Courtney B. Vance are proud supporters of the arts and frequently spotted at benefits and galas arm-in-arm. 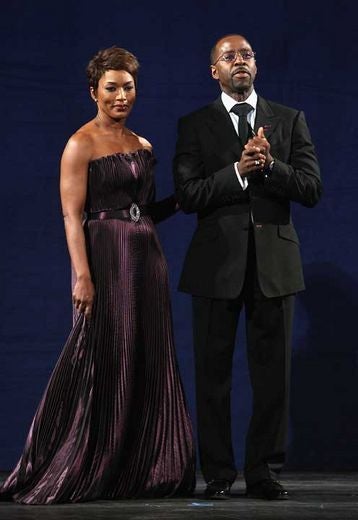 All Dressed Up In Love
21
American Love Story

During the press for Courtney's Emmy-winning role in the hit American Crime Story: The People v. O.J. Simpson, as lawyer Johnnie Cochran, Angela was by his side to cheer him on every step of the way. 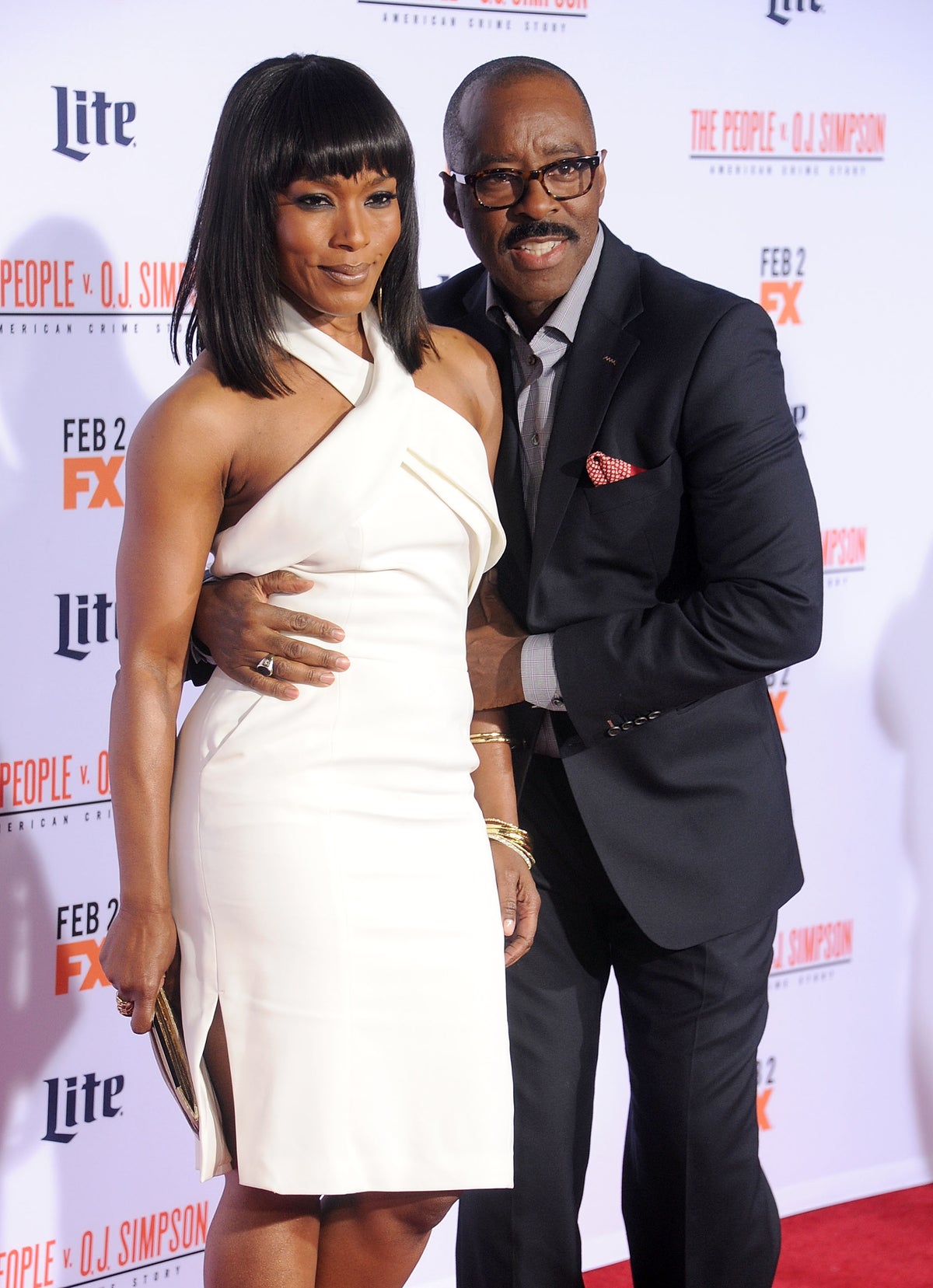 22
Closer to Our Dreams
"Respect and negotiation! I want what I want, he wants what he wants and sometimes they’re not he same, but we’ve learned how to negotiate to make each other happy and fulfill out dreams and desires," the actress said the key to her successful marriage is 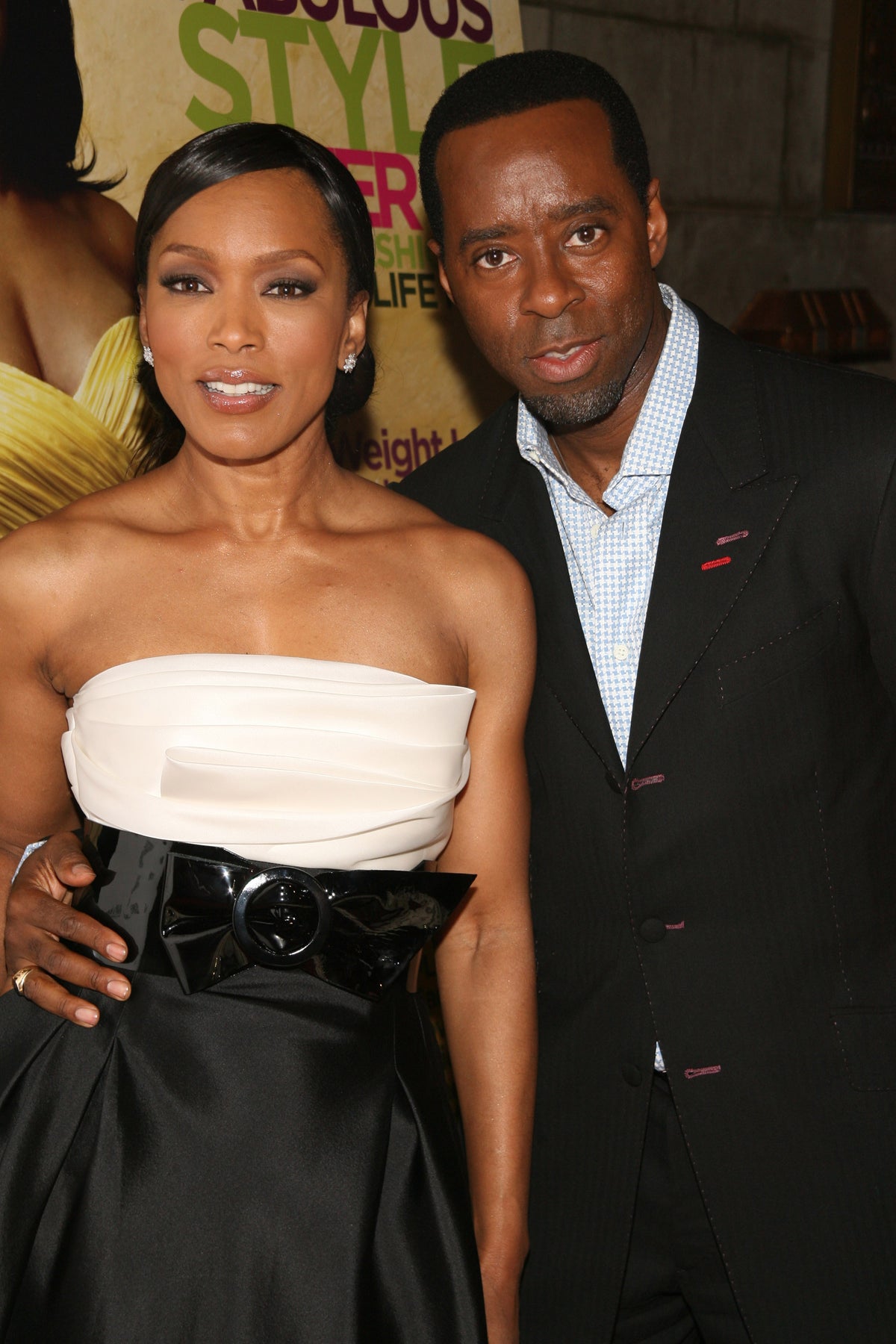 Closer to Our Dreams
23
Supportive Spouse
"He lets me be me and do me. He is a great support person for anyone," the Academy Award nominee shared about her love for the Emmy winner. 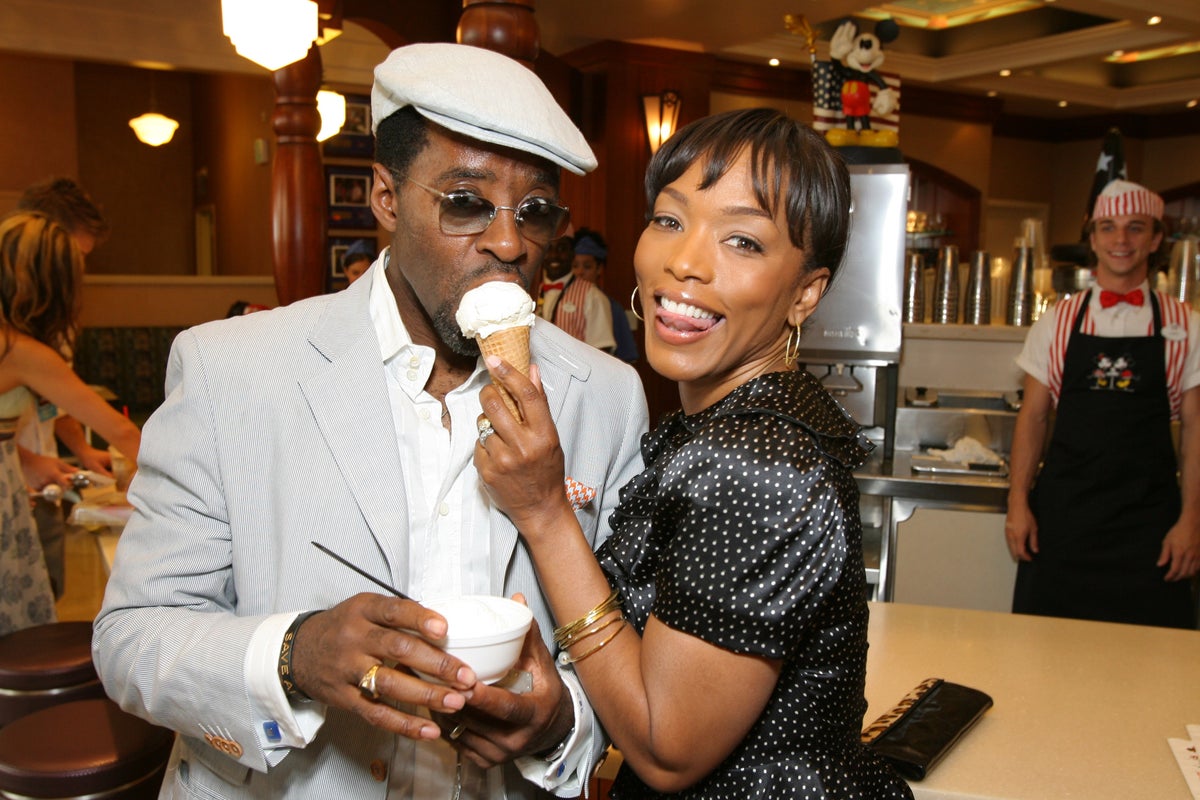 Supportive Spouse
24
Balance and Practice
"[H]e makes mistakes, and so do I, but I always try to do the right thing and I feel like I’ve found someone who tries to as well," said Angela in 2011. 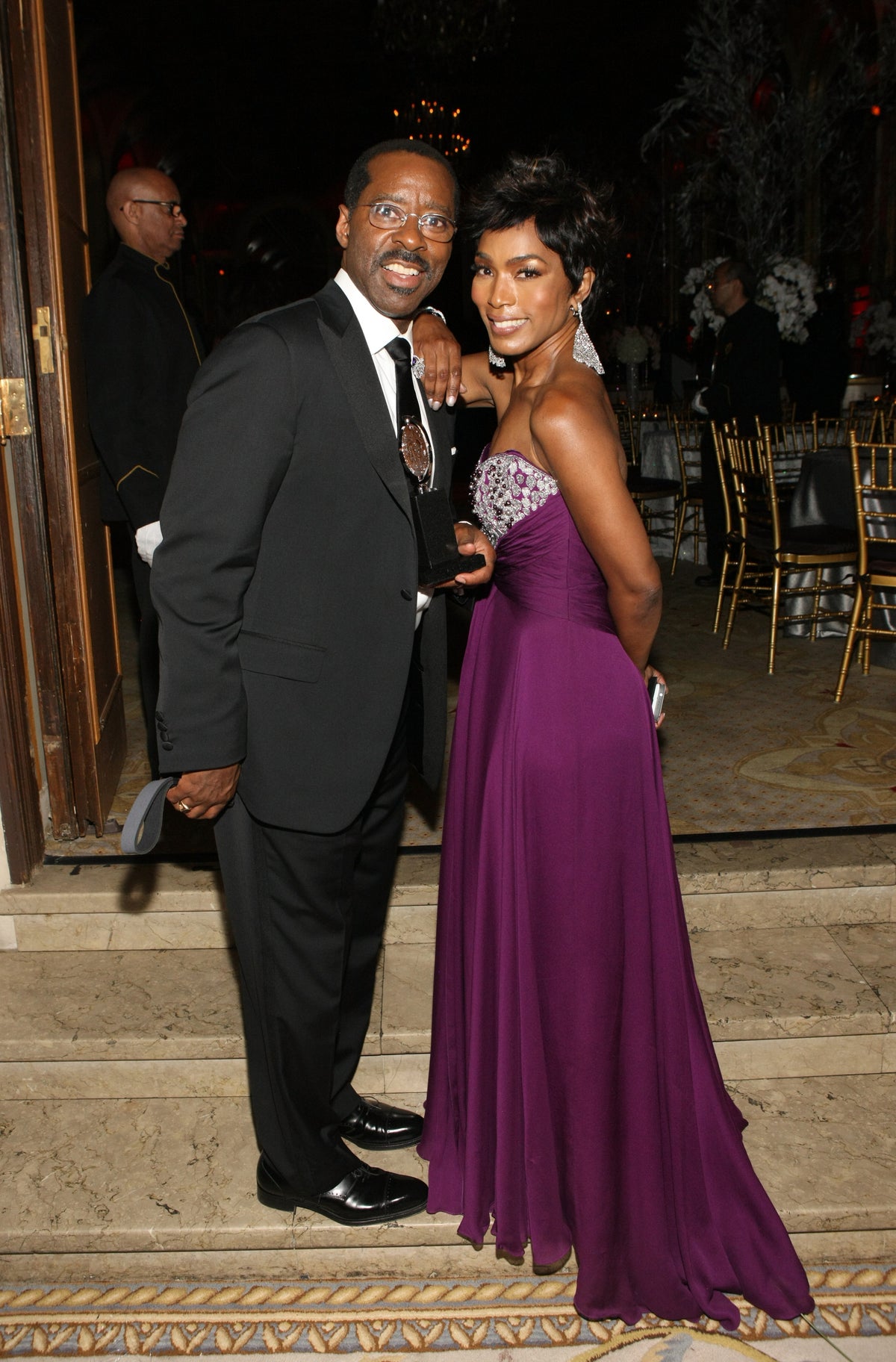 All The Celebrities Spotted At The 2020 Sundance Film Festival

Rico Nasty, Doja Cat And More Delivered Some Of The Best Mus...