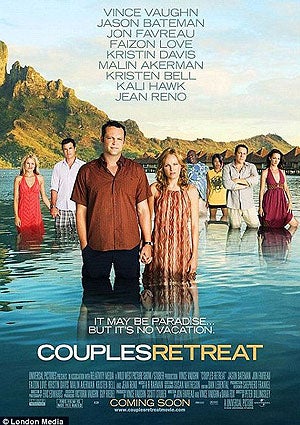 Universal Pictures has created a bit of racial controversy in the UK with the recent release of the film ‘Couples Retreat.’ The comedy, co-starring Faizon Love and Kalli Hawk, is about four couples who go away together on vacation.

For overseas distribution, the studio removed the only two African-American actors on the movie poster.

According to England’s The Daily Mail, a spokesperson for Universal said the poster was changed “to simplify the poster to actors who are most recognizable in international markets.” The studio said it regretted offending anyone and plans to scrap the revised poster in other countries.