The name Blac Chyna has become synonymous with a host of various other people – relationships and rumors over the last few years – but the woman behind the celebrity moniker says there’s much more to her than meets the eye.

ESSENCE recently caught up with Blac Chyna (whose real name is Angela White) just ahead of the premiere of her new reality series, Rob & Chyna, and she filled us in on just what to expect from what’s sure to be the season’s most talked-about shows.

Chyna’s life has appeared to be somewhat of an open book prior to the announcement of the show, but it turns out the expectant mother actually isn’t looking to spend much time focusing on her past. Instead, she hopes to give viewers an authentic view of her current reality as they get to know more about just who she is.

“I feel like nobody really knows my story, which I see as a good thing and I’m kind of happy about that,” Chyna tells ESSENCE. “I was so private for so many years and now that the show is coming out, I can tell the part of my story that I do want to share. I kind of give a brief description of what I’ve been through, but it’s not anything too deep. With the show, I didn’t want to focus so much on my past.”

While some details about her life before the spotlight aren’t exactly unknown, Chyna isn’t necessarily looking to relive them on television just yet.

“Everybody knows I was a dancer but, I didn’t really tell that backstory on the show because I didn’t want to reflect too much,” she says. “I do like talking about it in certain situations because it made me the person that I am now, but the show is more focused on my reality right now and everything that’s going on in my life right now so, I’m not really trying to go back to things that people may not know. I feel like a lot of people don’t know me yet and I don’t want to just paint this picture of how I used to be for the people who are just now starting to get to know me today,” she said.

“I speak about some of my past experiences once the topic comes up [on the show], but I don’t immediately go into, ‘Hi, my name is Blac Chyna, I used to be a stripper, I dated Tyga’ — it’s not introduced like that. For the most part, it’s just about me and Rob and our reality now. I feel like having a new show and a new relationship and new baby on the way and even with my son King being older now, I didn’t want to dwell too much on the past with the first season of the show.” 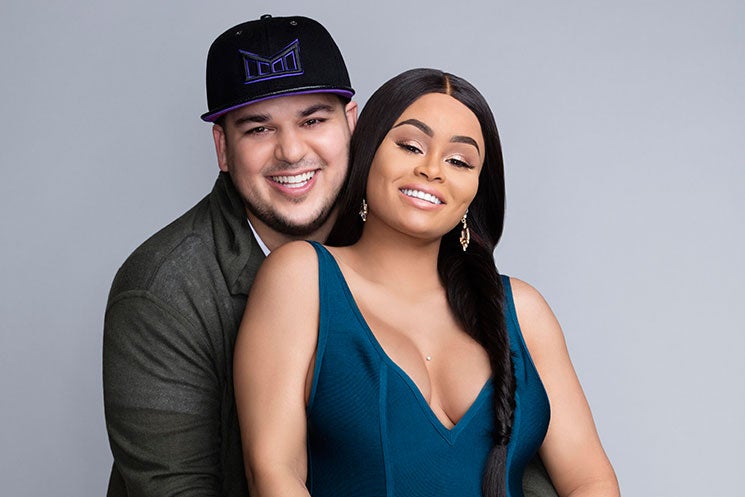 In addition to sharing her second pregnancy and new relationship journey on the upcoming series, Chyna is hopeful that the show will allow fans and viewers to get a better glimpse of her personality and true character.

“I want to show people that I am that good friend and the person that a lot of people actually come to confide in, or even just to be around that good energy, because that’s what I’m all about,” she says.

“Once people watch the show, they’ll see that side of me and they’ll also see the motherly side, which was what made Rob want to start a family with me. If I was to look at a picture of me, I might think like, ‘maybe she’s a bitch,’ but I’m really not. Hopefully the show will show that I’m not a catty, evil, conceited person because that’s really not me.”

The DC native is also excited for audiences to see how she operates as a businesswoman.

“I also want to show the hustle side of me. I don’t care if it’s one dollar or a million dollars, I’m someone who is going to figure it out and figure out how to get it on my own and I look forward to showing people my business-savvy side. I’ve been hustling for a long time and I feel like everything is starting to come full circle so, that’s also part of what I really want people to see.”

Despite earlier speculation suggesting that Chyna and ex-boyfriend Tyga weren’t on the best of terms, she says things are going quite well these days. In fact, Tyga will even be making an appearance on the series.

“Tyga actually does make an appearance on the show but, it’s very brief. Co-parenting is super easy because we kind of already established how that would work early on. So, it’s a breeze and it’s easy. Tyga takes King to school, I take him to school — we pretty much split our time with him down the middle. So, co-parenting isn’t bad at all with Tyga.”

And how is 3-year-old King getting along with his future stepdad?

“King LOVES Rob,” Chyna says enthusiastically. “It’s so funny. They’ll be outside in the backyard all day and I love it. I absolutely love that Rob has this great connection with King because, obviously if he didn’t have that, things wouldn’t work out. Anyone I’m with has to love my son just as much as they love me, if not more, because I don’t play any games with King.”

The “love” factor certainly doesn’t seem to be a problem between the future Mrs. Kardashian and her beau, who she admits is the first non-Black man she’s dated.

“It’s definitely my first interracial relationship but I wasn’t even looking at it like that at all. We kind of just fell for each other and even now, I still don’t look at him like, you know, he’s Armenian or look at his color. I just look at him as a person.”

As public figures, it would seem that Rob and Chyna have quite the challenge on their hands when it comes to keeping their relationship going amid the daily rumors and speculation surrounding their courtship. For Chyna, the secret to keeping things together lies in keeping everyone else out of their business.

“You know, me and Rob, we really don’t pay rumors too much attention because it doesn’t really affect our day-to-day lives. Also, I’ve always felt like keeping people out of your business is really what sustains your relationship. So, if we do go through something, we’ll either argue it out or try to talk it out and just figure it out without involving a lot of other people,” she says.

“I mean, we started out doing that anyway early on because obviously, he couldn’t run to his sisters or his mom and tell them, ‘hey yo, Chyna’s pregnant and I love this girl.’ So, we’ve just really been keeping everything between us and trying to stay positive and focused on all of the exciting new things we have going on.”

While the couple may have found comfort in being discreet about their relationship problems or triumphs at first, Chyna stresses that no private moment will be off limits when it comes to the show.

“I feel like the more real we are, the more people will respect that. Even if we’re like, arguing and I’m going crazy. I’m not gonna be like, ‘Oh, I’m not gonna argue with you or crazy on you because there’s a camera around.’ You’re gonna get all of that and I think that’s what’s gonna make our show so successful. We’re real and we’re not holding back and we’re letting it all hang out. We just don’t give a f**k [laughs], we’re all in!”