Beyoncé never ceases to amaze us — and she proved that point once again by hitting the 2016 MTV VMAs red carpet Sunday night with her adrorable 4-year-old daugher Blue Ivy. One word: Fierce.

This marks the first time Bey has walked a major red carpet with her mini me — and it’s enough to make your heart melt. The ladies were dripping with #BlackGirlMagic as they dazzled the crowd in sparkly frocks. Mrs Carter wowed in a feather-and-sequin gown with a dramatic high neckline. And little Blue was dressed in a blush-hued tutu, a sequined top, pink sneakers, and two long cornrows adorned with a tiny tiara.

And the dopeness doesn’t stop there. Bey and Blue were joined by a bevy of brown beauties — including actress Quvenzhané Wallis, model Winnie Harlow, siners Chloe and Halle, and singer/songwriter Ingrid. In addition, the mothers of Mike Brown, Trayvon Martin, Eric Garner, and Oscar Grant were all on hand for the powerful red carpet appearance. 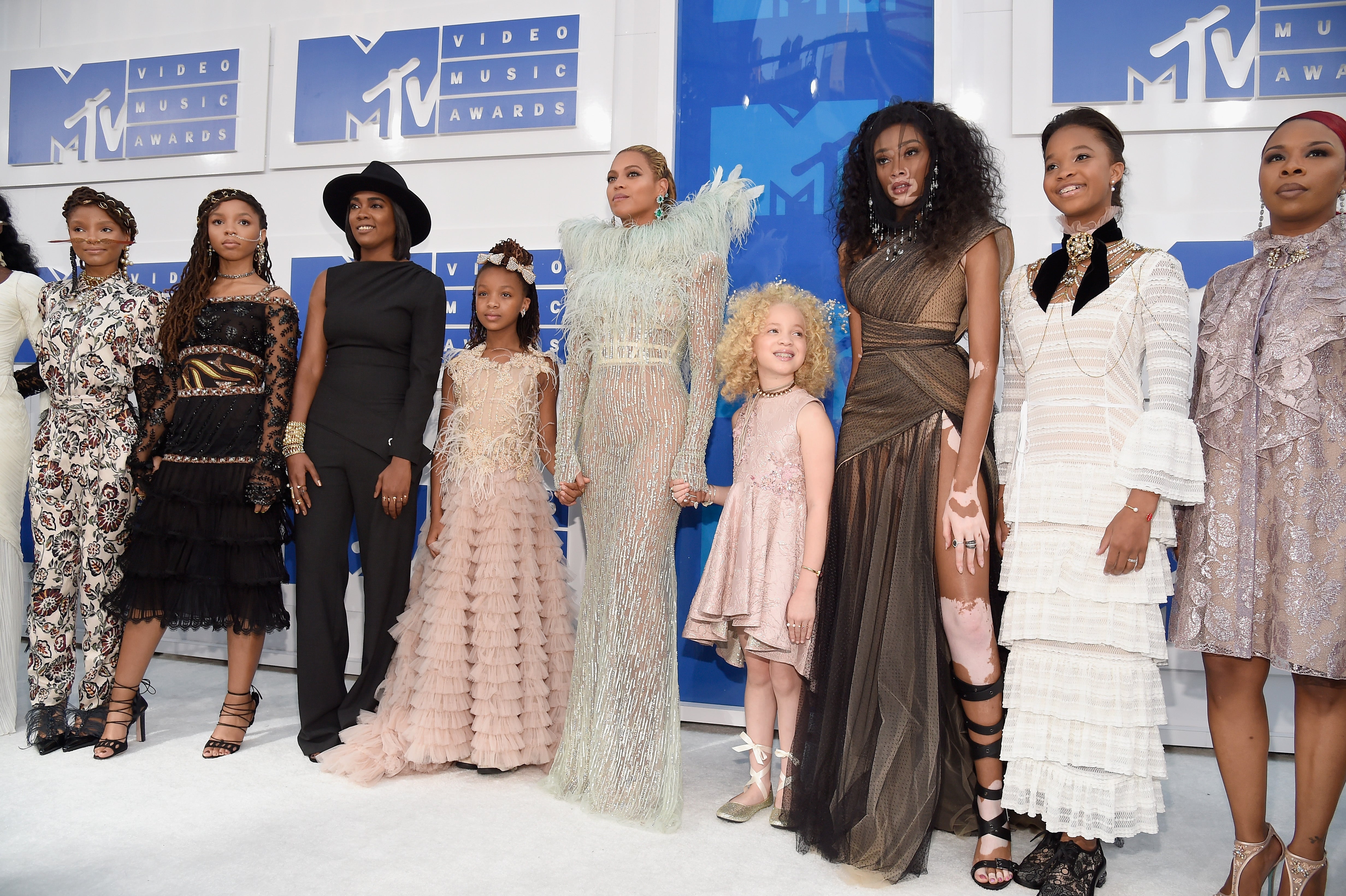 Beyoncé is set to perform at the annual awards show and we’re counting down the minutes until she hits the stage. If this showstopping red carpet moment is any indication of what we can except from Bey’s perfromance than we’re in for a huge treat.

What do you think of all this black girl magic? Let us in the comments section below. 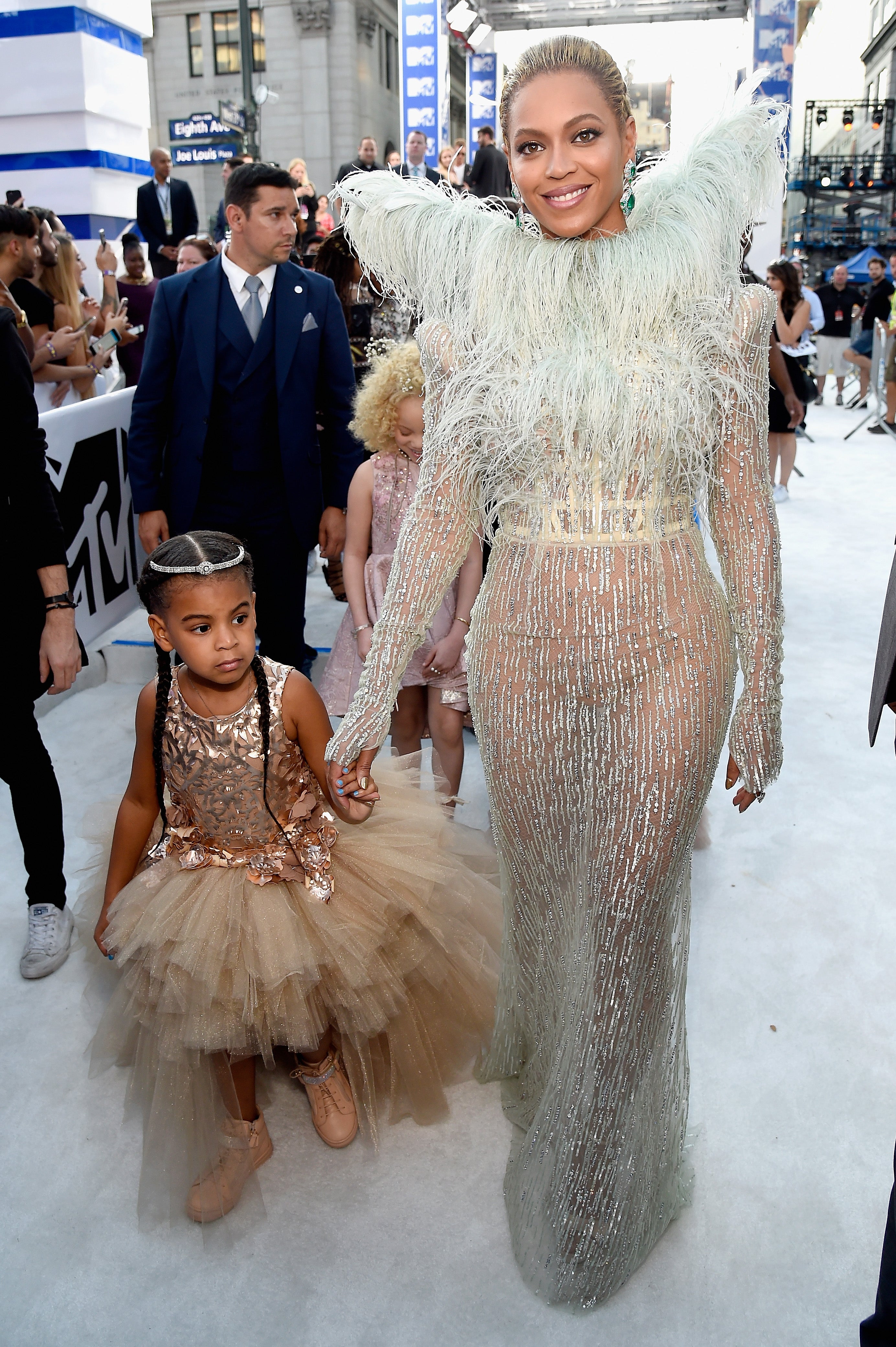 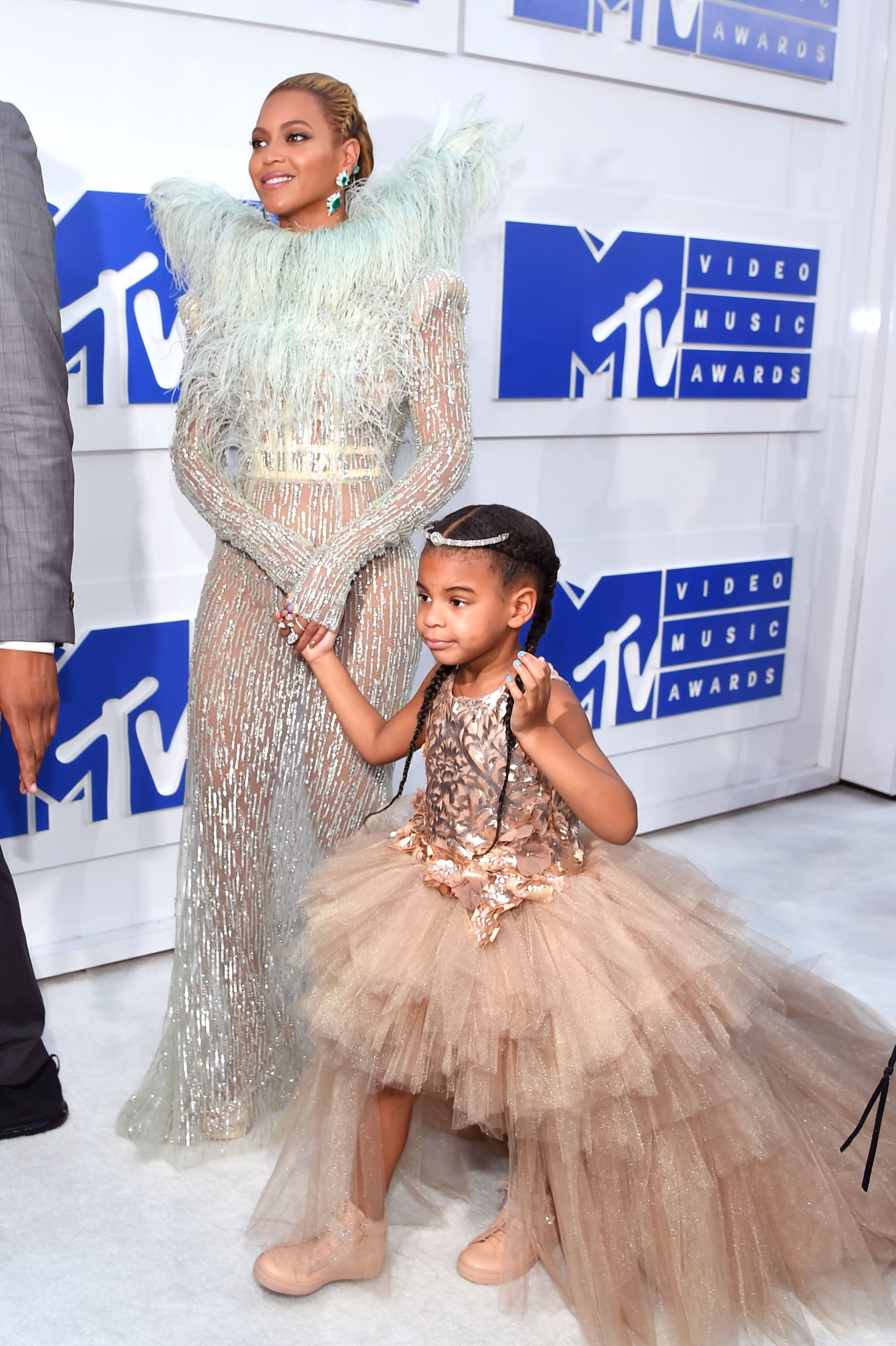