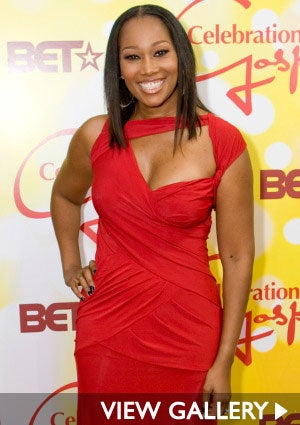 Neither brisk temperatures nor rainy skies could keep gospel music’s finest from attending BET’s Celebration of Gospel event. Pastor Shirley Ceasar, BeBe and CeCe Winans, Yolanda Adams, Fred Hammond, Donnie McClurkin, The View’s Sherri Shepherd and super-producer Rodney Jerkins were among those who turned out for the affair at the Orpheum Theatre in Los Angeles.

Dressed to the nines, in black velvet, Steve Harvey–whose wife, Marjorie, beamed from the audience–returned for his 10th year as host of the annual gospel fest. Between laughing at his decade-long attempt to keep his commentary “clean” for the churchgoing crowd, Harvey welcomed a virtual Who’s Who of the gospel world to the stage including the Rance Allen Group, Dr. Bobby Jones and the Nashville Super Choir along with BET’s Gospel Best winner, Y’Anna Crawley, as well as Kelly Price and Ledisi, who, together, delivered a chill-inducing rendition of “How Great Thou Art.”

Never one to let her fans down, Fantasia proved that the apple doesn’t fall far from the family tree when she shared the spotlight with her mother, Diana Barrino Barber (without giving too much away, let’s just say that Fantasia’s pumps were off long before they reached the chorus of “He’s Done Enough”). Other notable performances included Anthony Hamilton with his wife, Tarsha, James Fortune & FIYA and the Winans’ brother-and-sister duo whom were welcomed to the stage with a standing ovation. Tye Tribbett & Greater Anointing rocked out for “So Amazing,” while the LA-based City of Refuge P.S.A.L.M.S. Choir, not only accompanied Donald Lawrence for “Back II Eden,” but brought the house down with their spirited performance of “Shout.”

And though he tried, rather unsuccessfully, to maintain his composure during the show, even Harvey couldn’t hold back his tears once McClurkin and Marvin Sapp took to the stage. Needless to say, he was not alone as the crowd spent most of the evening on their feet, their arms raised, high, in praise.

The “Celebration of Gospel” airs on BET on Sunday, January 10 at 8pm/7pm Central. For more information, visit www.bet.com/cog.