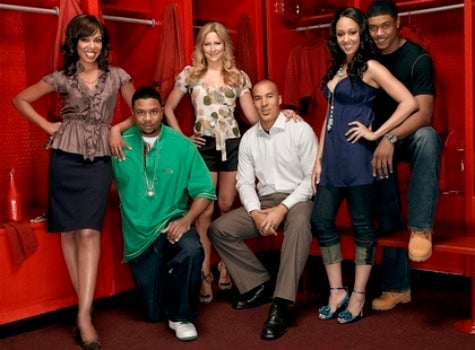 After months of whispers and anticipation, BET is, indeed, swooping in to revive “The Game.” According to MediaLifeMagazine.com, the network confirmed during their upfront presentation this week that they will begin producing new episodes of the half-hour comedy, which has been enjoying a successful syndication run on the network since it was cancelled by the CW last year. In addition to “The Game,” BET will also produce the romantic comedy, “Let’s Stay Together,” courtesy of Queen Latifah’s production company. Actress Malinda Williams is slated to star. Choreographer LaurieAnn Gibson and celebrated skateboarder, Terry Kennedy, will join the network with realty-based shows, too. BET confirmed that “106 & Park,” “The Mo’Nique Show” and “The Family Crews” will all be returning as well.
Read more: