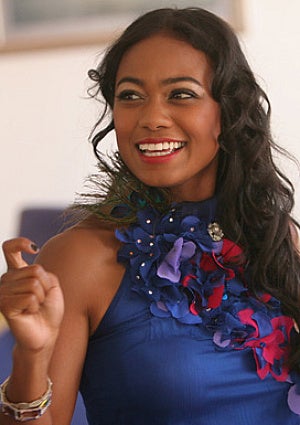 Later this month, BET.com will launch its first scripted web show, “Buppies” starring Tatyana Ali, following the socialite daughter of a celebrity as she and her friends “navigate LA’s young black power elite.” The buzz surrounding the show solidifies the claim, reported by the Washington Post, that Black programming is thriving online.

Online shows, usually in the form of short webisodes, are created and executed by Black talent shut out by network TV these days.

Last year, NAACP President Benjamin Todd Jealous released a statement on the issue: “At a time when the country is excited about the election of the first African-American president in US history, it is unthinkable that minorities would be so grossly underrepresented on broadcast television.”

The statement followed a NAACP study which found that since 2002, when minorities were cast in a record number of roles on TV (24% of total), there had been a steady decline in available opportunities. The Hollywood bureau of NAACP called this a “virtual whiteout.”

Websites dedicated to Black programming, such as RowdyOrbit.com and Better Black Television, have popped up at a rapid rate over the past year. With brands like BET noting the trend and creating original programming to ride the wave, this DIY work ethic seems to be attracting attention.

“Why online as opposed to with the network?” says Denmark West, president of digital media at BET.com, “it’s an opportunity to provide original content for the Web . . . and to see what kind of online audience we can attract.”

“You can look at this as revolutionary,” says Jonathan Moore, founder and CEO of Rowdy Orbit, which was launched in February. “It is giving people a voice and a platform to express themselves without judgment or red tape holding you down. Now they can go from idea to production to distribution.”