By clicking Sign Up, you agree to our Terms of Use and that you have read our Privacy Policy
Skip to content
ANGELA WEISS/AFP/Getty Images
By Candice Benbow · Updated December 6, 2020
In a moment where national politics continues to stoke flames of racial division, the funeral services of Aretha Franklin and Senator John McCain reflected two distinct Americas reckoning with the loss of giants. As is customary in the Black church tradition, Franklin’s homegoing celebration reflected the exuberant defiance Black people have always had in the face of white supremacy. With each round of tributes and remarks, dignitaries noted that the Queen of Soul believed it was her divine responsibility to use her gifts to assist those in the fight against injustice. Whether it was hosting concerts to raise money for the Civil Rights Movement or offering to post bail for Angela Davis, Franklin recognized that her celebrity did not make her immune to — or isolate her from — American racism. With a quick glance over at Senator McCain’s funeral, it was easy to see that uniformed service to his country was a hallmark of his life. Those on both sides of the aisle spoke to the depths of Senator McCain’s faith and how it was the foundation of his patriotism. He loved God, his country and he refused to leave any soldier behind. The world’s greatest leaders remarked that he refused to place the desires of his party over what he believed to be the needs of his country. The lives of these two very different people — a Black female soul singer and activist and a White male soldier and politician — speak to the dueling realities of life of America. How do we live in a world where a woman who fought alongside Rev. Dr. Martin Luther King, Jr. and the man who voted against making his birthday a national holiday both end up on the right side of history? Where do we make room for the uncomfortable truth that the power structures represented at Senator McCain’s service created the social conditions discussed during the entirety of Franklin’s homegoing? 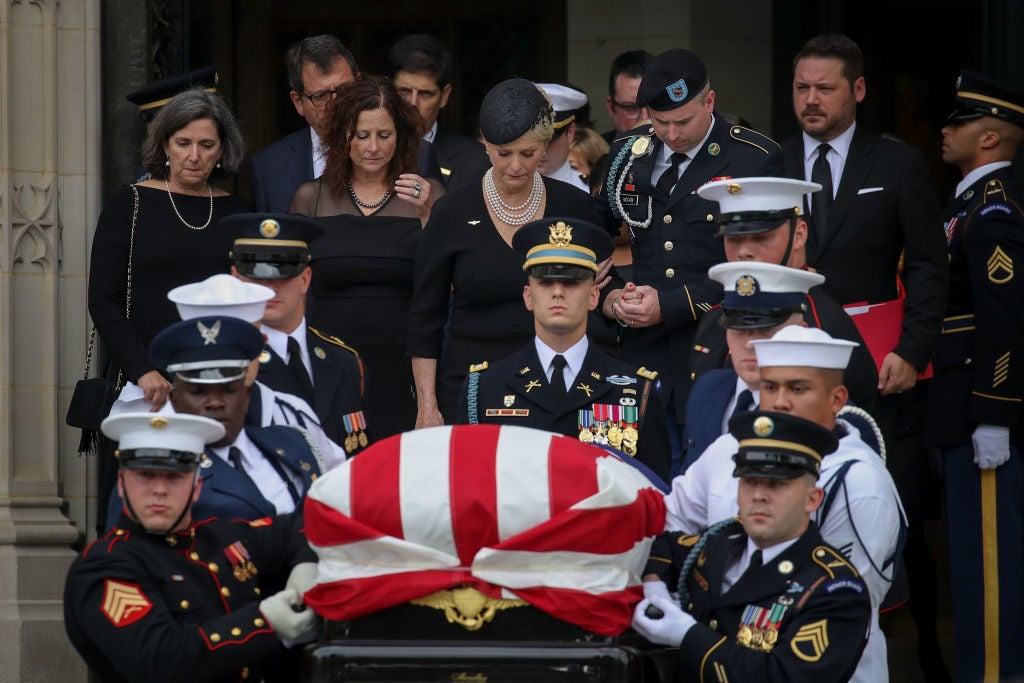 These do not make them any more or less deserving of the honors given to them. It simply gives us a more sobering picture of Black and white America. And yet, somehow, these two very different Americas converged to reflect the current moment of national resistance. When offering his condolences, President Trump remarked that Franklin used to work for him. Many, including Rev. Al Sharpton and Dr. Michael Eric Dyson, took centerstage at Franklin’s funeral to denounce his claims and underscore that a Trump presidency is the antithesis of Franklin’s commitment to Black freedom. The tone taken at Franklin’s homegoing service was in lockstep with the prophetic witness of the Black Church — we expect to hear truth spoken to power. Witnessing it at McCain’s service was a bit of a surprise. His daughter Meghan McCain did not mince words, in her eulogy, when she essentially said the ceremoniously uninvited President Trump would never measure up to her father’s leadership and civility. Some consider McCain’s request that former Presidents George W. Bush and Barack Obama offer official eulogies at his funeral to be final gesture toward national unity and peace. 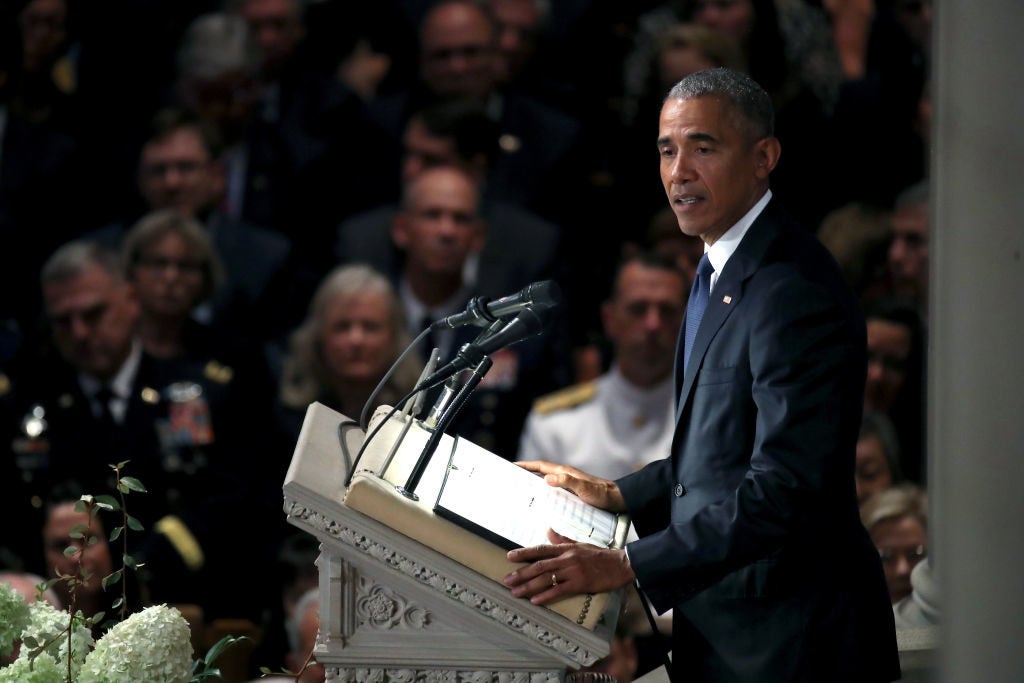 All of it begs the question: Where do we go from here? As the nation moves forward from these great losses, we cannot ignore the two Americas we have seen and continue to see. Franklin’s legacy continues to underscore the important role artists and those with platforms have in our quest for equality. Nowhere do we see that more prominent this week than in the controversy surrounding Colin Kaepernick becoming one of the faces of Nike.  Black freedom struggles have always relied on Black celebrity and that cannot change. In the aftermath of Senator McCain’s death, the Republican Party must sit with why many consider it to be the death of the party’s civility. Though many defended President Trump’s behavior toward Senator McCain following his passing, they must ask themselves if they will put the interests of the country above partisan politics to win history’s favor. Now that Senator McCain has been laid to rest, his America must look over at Franklin’s, be honest about the destruction it continues to cause and right those wrongs — if the United States of America ever wants to live up to its name.