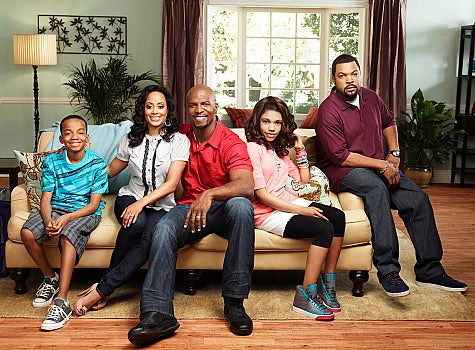 Another summer spin-off is coming to TV. Hoping to capitalize on the success of Ice Cube’s family comedies “Are We There Yet?” and “Are We Done Yet?” TBS is set to debut a new sitcom called “Are We There Yet?” For the small screen, Terry Crews (“Everybody Hates Chris”) will be playing Nick (originally played by Ice Cube), the player bachelor who falls hard for divorced mother of two, Suzanne (originally played by Nia Long), who will be played by Essence Atkins (“Half and Half”). The sitcom, which premiers on June 2, picks up where “Are We Done Yet?” left off, showing newlyweds Nick and Suzanne dealing with the challenges of a blended family with teenagers. With Nick’s meddling mother–played by Telma Hopkins (“Family Matters”)–Suzanne’s man-chasing best friend–played by Keesha Sharp (“Why Did I Get Married, Too?”)–and her SWAT officer brother–played by Ice Cube–all chiming in, the show seems to be a little bit “Bernie Mac Show” blended with a touch of “Everybody Loves Raymond,” and a pinch of “Family Matters.”