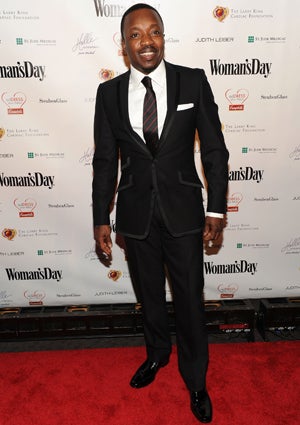 Anthony Hamilton is one of the most authentic soul voices of our time, and fortunately for us, he’s embarking on the 2010 Budweiser Superfest tour beginning this August. Along with Kem, Jaheim, Raheem DeVaughn and Hal Linton, Hamilton will travel across America for a multi-city tour that boasts outdoor performances, so you can bring your blanket, a picnic basket and your boo (or your girls) for a relaxing summer evening with your favorite men of R&B. Anthony chatted with ESSENCE.com about the upcoming tour, singing country songs and just how that D’Angelo album is coming along. ESSENCE.com: Tell us about your upcoming Superfest tour? ANTHONY HAMILTON: I’m excited, I’ve done a tour run with Kem before and he’s just captivating on stage. I’m also a big fan of Raheem DeVaughn, who’s amazing and I worked with Jaheim on “Struggle No More” with Musiq, so it’s going to be a great time having that camaraderie on the road. It’ll be a lot for the ladies to enjoy. We might have to get a panty basket or a panty brigade like the olden days. Just make sure they’re clean. ESSENCE.com: What’s your favorite city to perform in? HAMILTON: They all add something different so it’s hard to choose. Washington, D.C. is always welcoming to me. I always sell out Constitution Hall, which is always amazing. L.A. is always fun, because some of my peers come out and support. And whenever I go to North Carolina, my home state, there’s always a lot of love. Frankly, anytime I’m down south, it’s a great time. The good thing about the Superfest tour is that it’s scheduled for outdoor venues so people can feel free to relax while listening to great music. My ultimate favorite outdoor venue is Chastain Park Ampitheater in Atlanta. ESSENCE.com: Why is Chastain Park so special to you? HAMILTON: The first time I performed there I was singing back-up for D’Angelo on the Voodoo tour and it was gorgeous. I mean, you have to experience Chastain Park. They set up candles on each of the tables and it’s beautiful to see, especially for a romantic evening. The last time I performed there, it didn’t feel like work, it felt like I was at a resort. ESSENCE.com: How is D’Angelo? We’re impatiently awaiting that new album… HAMILTON: D’Angelo is fine, he’s training and recording now. I applaud him for taking the time to record his record because “Voodoo” was a masterpiece. I just pray for him and when I speak to him, I just encourage him and tell him he’s still got what it takes and whenever he puts out the album, we’re here. ESSENCE.com: Last year, you said you’d like to record a country record. Will there be any songs of that ilk on your new album? HAMILTON: I’m actually recording in Los Angeles right now with the producer Salaam Remi, who’s worked on a lot of jazz and soul albums including Amy Winehouse’s “Rehab.” I’m just working on this album with an open mind. If a country record comes out, then great but right now I’m trying to service my fans in a special way. ESSENCE.com: So next year, can we expect a new album to follow to 2008’s “Point of It All”? HAMILTON: I’m looking at January, February or March and a new single should be out before the end of the year. ESSENCE.com: You garnered quite a bit of recognition for “Do You Feel Me” on the “American Gangster” soundtrack in 2008. Are you contributing musically to any more films? HAMILTON: I’m currently in talks with Rick Garcia who does a lot of film scoring and we’re discussing the musical side. I’m also auditioning for parts and lead roles, I’m in the process of getting proper acting training and I think I’ll land a chance to let my chops loose by this time next year. ESSENCE.com: Back to the Superfest, do you have any pre-show rituals? HAMILTON: Mostly, I just pray with my band, walk around and make sure I speak to people and that everyone is okay. Then about an hour out from the show’s start, I shut down and focus on God and what it is he’s allowed me to do and the energy I will be giving to the crowd. Then I stretch, make sure my shoe heel is on tight and I go give it! If I feel like crying, I’ll cry, if I feel like running, I’ll run… whatever it is I’m feeling I’m going to do it. Ain’t no telling.