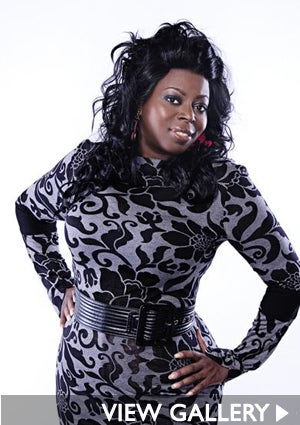 Singer/songwriter Angie Stone is busy living and enjoying life. Today, she releases her fifth solo studio album “Unexpected.” Since November is also Diabetes Awareness Month and Stone is also fulfilling her duties as the face of Fearless African-Americans Connected and Empowered (F.A.C.E.) Foundation, ESSENCE.com caught up with the neo-soul songstress to talk about music, romance and healthy living.

ESSENCE.COM: Let’s start with your music. How is this album different for you?
ANGIE STONE: I’ve had almost 30 years in this business and I’m blessed to still be relevant. What I did was comprise all of my career on this album. It’s all the types of music I’ve touched on. Everyone will find something they like.

ESSENCE.COM: That’s classic Angie Stone. What’s your favorite track on the album?
STONE: ‘I Don’t Care,’ because I love the subject matter. My daughter [Diamond] is also on the song. It’s about being in the industry. It’s saying, ‘to all the haters: I still rise.’ I think I’m one of the most hated women in the game whether it’s because of the men I’ve been with or the path I’ve chosen.

ESSENCE.COM: Speaking of men, are you seeing someone now?
STONE: I’ve always had a significant other in my life but, that doesn’t define who Angie Stone is.

ESSENCE.COM: That’s interesting, because people seem to have the impression that you are the type of woman who really ‘gets’ men, is that true?
STONE: I think having males as friends has afforded me a lot of knowledge about how men think and what they want from women. I don’t have sisters and brothers so a lot of my male friends adopted me as a sister. They respect me because I’ve come to understand both sides. [The 2001 hit] ‘Brotha’ is derived from hearing a lot of brothers talk and saying, ‘maybe we need to be a little more understanding.’

ESSENCE.COM: How are you doing? It’s been 10 years since you were diagnosed with diabetes. How did you deal with it then?
STONE: I was naive. You go through a period of denial before you accept that you need to change your lifestyle.

ESSENCE.COM: Was it hard to change your diet?
STONE: It was a lot easier for me than for some people. I don’t like to eat a lot of junk. I had to change my lifestyle but it wasn’t a matter of me cutting everything out. I put myself on a refined diet that won’t allow me to fry a lot of foods so I bake a lot of things. I use a sugar substitute. But my favorite things to cook are cabbage, steak, ox tails and spaghetti.

ESSENCE.COM: Why is it important for African-Americans in particular to be aware of the risk factors associated with diabetes?
STONE: African-Americans are most affected by diabetes. It’s a top killer of our people. We need to pay attention. Sometimes, there are no symptoms. If you look in your family there is probably one person, at least, who has diabetes. Look into your background, it’s hereditary.