By Rachaell Davis · Updated October 23, 2020
The Hollywood Confidential panel series is celebrating their 10th installment and ushering in the fall season with the biggest bang of them all. In partnership with ESSENCE and FOX Broadcasting Company, Hollywood Confidential will host an intimate evening of conversation with none other than entertainment icon, Angela Bassett. 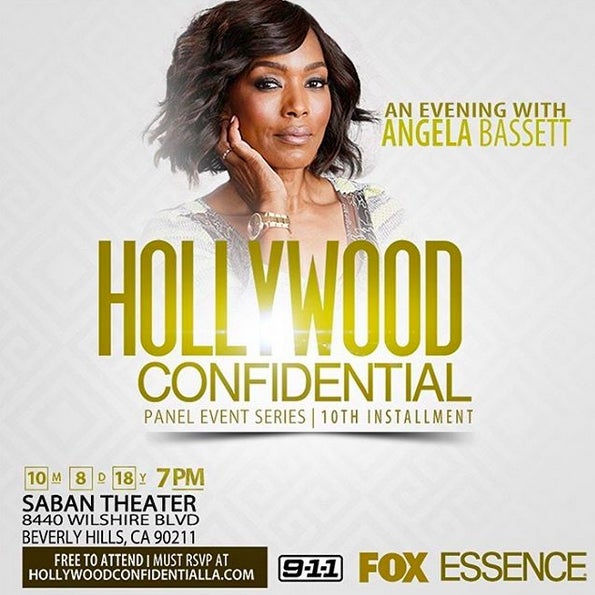 The award-winning actress will join Hollywood Confidential’s Steve Jones at the Saban Theater in Beverly Hills on October 8 for a one-on-one discussion about her career journey, the road ahead and what advice she has for those aiming to follow in her footsteps or break into show business. 2018 has been quite the year for the 60-year-old beauty, who continues to garner well-deserved praise for her starring role in Marvel’s history-making Black Panther film. Most recently, Bassett returned to the small screen to serve as star and executive producer of the new Fox drama series, 9-1-1, which kicked off its’ second season in late September. Past guests for the Hollywood Confidential panel series have included Tiffany Haddish, Snoop Dogg, Issa Rae, Sterling K. Brown, Sanaa Lathan, Michael Ealy, Brandy and more. The event will be free and open to the public and will begin at 7PM. To RSVP and learn additional information, visit the official Hollywood Confidential website HERE.
TOPICS:  Angela Bassett