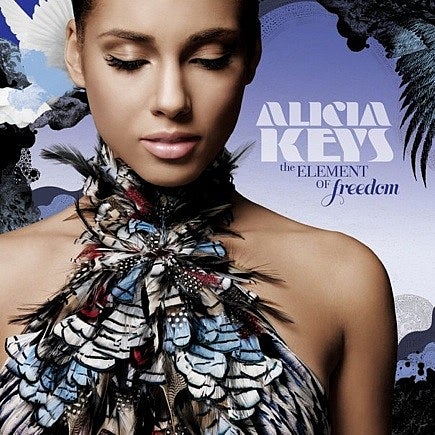 Alicia Keys debuted the cover art for her forthcoming album, ‘The Element of Freedom.’ Keys posted the album cover, which features her wearing a multi-colored feathered top, on her website.

Due December 15th, ‘The Element of Freedom’ features her current single, ‘It Doesn’t Mean Anything.’ According to reports, the album also features a duet with Beyonce, but that has yet to be confirmed.

Keys will be making a host of TV appearances in the coming weeks to promote the album. Stops will include ABC’s “Dancing With The Stars”, “The Today Show” and American Music Awards, among others.