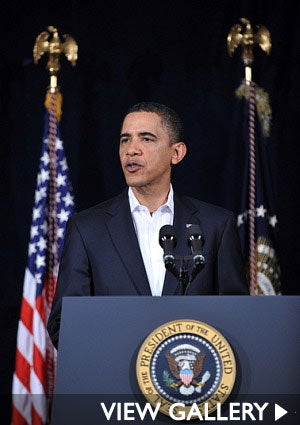 According to a CNN/Opinion Research Corp. survey, African Americans are still supporting the President, but they’re not as excited as they were at the beginning of the year.

“More than nine in 10 blacks questioned in the poll approve of the job Obama’s doing in the White House, far higher than 42 percent of whites who approve of his performance as president,” a CNN article reads.

“But when asked how they personally feel about Obama’s presidency, only 42 percent of black respondents say they’re thrilled, with nearly half of those questioned saying they are happy but not thrilled.”

While 51 percent of AAs think the presidency has improved national race relations, only 18 percent say it’s the beginning of a “new era.”

According to CNN, about 75 percent of AAs feel that race relations will eventually get better–more than the 49 percent who believed that last year.

As Obama’s 2nd year is about to begin, what are your feelings about the President?