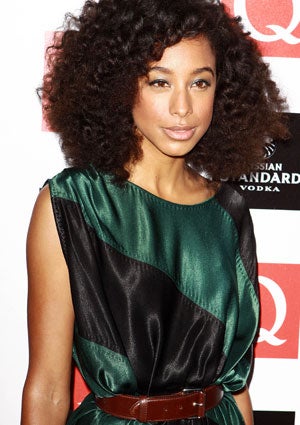 Bouncing back after the death of a loved one is never an easy feat, especially when it is done in the public eye. After the sudden loss of her husband last year, Corinne Bailey Rae embarked on a one-year hiatus from recording a follow up to her 2006 self-titled multi-platinum album. In her second offering The Sea (Virgin Records) out now, the English soul singer shows the world that grief can be transformed into something beautiful. The Sea guides listeners through a rich tapestry interlocking somber poignancy with Rae’s signature lighthearted, soulful gems. The album opens with “Are You Here,” a stripped-down mournful tune that gives Rae an opportunity to showcase her lush voice that is equal parts Jill Scott and Norah Jones. Following this track is the first single of the record, “I’ll Do It All Again,” a piece that champions the willingness to love a person despite past hardships. Here, sparse plucks from an acoustic guitar accompany her smooth R&B sound, a move that nods to her earlier musical career spent in a rock band. Though bleak moments may have given her inspiration, they do not totally color the record. Party pleaser “The Blackest Lilly,” is an exhilarating blend of guitar solos, tambourine shaking, and 1960’s tinged-soul organ playing that would get anyone’s foot tapping. Looking to have a private party for two?  “Closer” is an enticing number infused with jazz and influenced by mid ’90’s R&B that is appealing enough to make you give Marvin Gaye a break in rotation.  An ode to nave youth, “Paris Nights and New York Mornings,” swells with jubilant harmonies accompanying lyrics that trace a budding, cross continental romance. Rae’s second effort is not only a collection of promising songs but a testament to the resilience one can gather after a tragedy.  The power of her voice cuts through the sadness and highlights the gift of life throughout the record. What is left after a listening is the appreciation of the fullness of life and acceptance of its unexpected turns, sentiments that are sure to resonate with many.