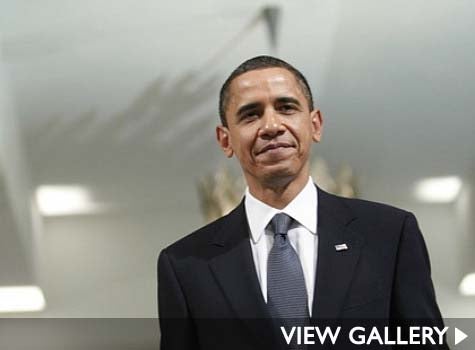 Actress and activist Angelina Jolie is calling on the President to make a bigger stand against corruption in Sudan and work towards peace in the African country, CNN reported. Jolie wrote an op-ed story for “Newsweek” on Thursday entitled “Justice Delayed Is Not Justice Denied” that discussed ways to “bring Sudanese President Omar al-Bashir to justice”.

“This means bringing all permanent members of the U.N. Security Council on board to send the message that the international community will not tolerate mass atrocities,” she wrote.

Jolie urged the administration to take on stronger policies that would “improve the lives of the people of Darfur.”

“I believe President Obama and his special envoy Scott Gration will do their best to bring peace to the region,” Jolie, a U.N. goodwill ambassador, wrote. “Their policy, though, raises a number of questions. How is the Obama administration’s approach to Sudan an evolution of justice? In addition, when the administration says it intends to work to ‘improve the lives of the people of Darfur,’ I would like to know what that means, besides the obvious point that their lives could hardly get worse.”