By Britni Danielle · Updated December 6, 2020
Two more women have come forward to claim Extra host A.J. Calloway also assaulted them. According to The Daily Beast, two additional women have accused Calloway of misconduct, and one even filed a report with the West Orange Police Department in New Jersey on December 24. This is not the first time Calloway has been accused of sexual misconduct. Last year, activist and writer Sil Lai Abrams accused Calloway and Russell Simmons of sexual assault in an explosive article in The Hollywood Reporter. Both men denied her claims. The Daily Beast reports that one of the new accusers reached out to Abrams after Googling Calloway’s name to see if anyone else had a similar experience with the TV host.

Another shot from the floor of the @NYSE It’s was a lot of fun hosting the 95th Christmas tree lighting there.

“The first person I told didn’t believe me, and I just happened to Google to see if anybody else had the same experience with the same person and [Abrams’] name popped up,” the woman said. “So she was actually the first person I told after the actual incident who actually believed me.” Another woman who spoke to The Daily Beast under the condition of anonymity said she was “terrified about coming forward.” “I don’t want it to affect my future, everything that I’ve worked hard for—and A.J. is someone that would try to do that,” she said. 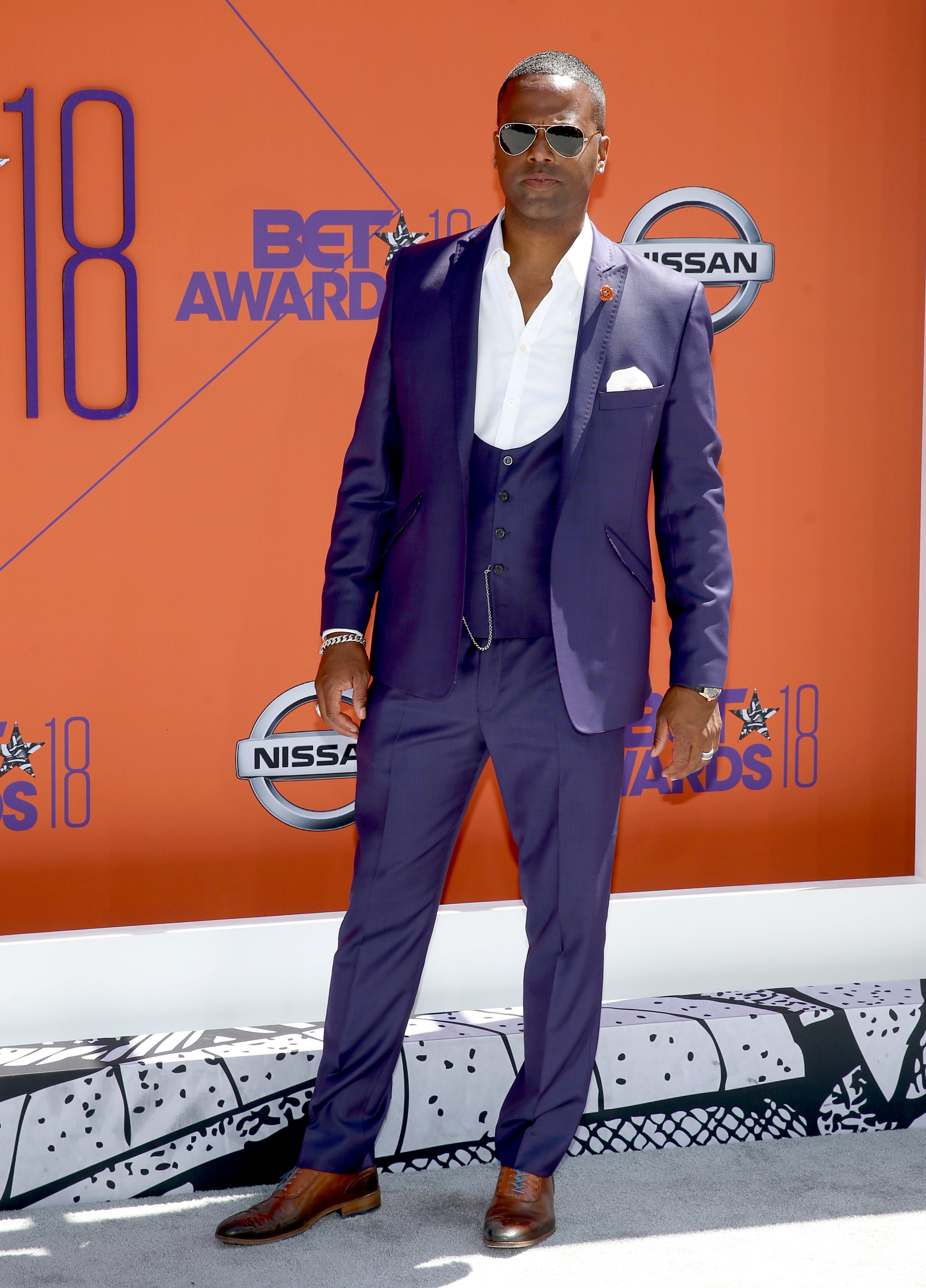 The woman, whom The Daily Beast dubbed Talia to protect her identity, said Calloway assaulted her after they’d gone on a dinner date and returned to his place. “We started making out. And I knew I wasn’t having sex—I knew adamantly I wasn’t having sex because I won’t have sex unless I’m in a committed relationship,” Talia said. In spite of her stance, she said Calloway kept trying to force her to have intercourse with him. “He kept trying to open my blouse,” she recalled. “He really was going for my skirt, and I was literally pulling my skirt down because I was not going to allow him to go any further. And he thought it was a game or something because he kept laughing and giggling and I’m like, no, stop, stop. And the more I said stop the more he got aggressive, and that’s when I started to realize, oh my God, this is serious. Like, he’s really going to try and force me to have sex with him.” Talia said that the pair struggled for about 40 minutes — her attempting to keep her clothes on, Calloway trying to take them off — before he finally gave up and began masturbating.

Talia said she didn’t report the assault previously because she didn’t think people would believe her. “He was a celebrity and I was just a regular girl,” she said. “I thought that it’s just one of those situations that happen and you just have to move forward with your life.” After reading Abrams’ account, however, Talia decided to come forward. “I wanted her to know that even if billions of people don’t believe you, there’s someone who can vouch that what you said is really true,” she explained to The Daily Beast. In last year’s Hollywood Reporter article, Abrams shared a similar account of her alleged 2006 assault. Abrams pressed charges at the time, and Calloway was arrested, but the case was reportedly dismissed “on procedural grounds.”

Since November 2017 I have fought to have my #MeToo story told. @kimmasters of @THR finally did what NBC would not. Thank you. https://t.co/Tm4Yeb96Nq

Calloway has yet to comment on the latest allegations, but last year he denied Abrams’ accusation. “I was disappointed to read the false allegations about me in The Hollywood Reporter,” he said in a statement to ESSENCE. “As I have maintained from the beginning, these allegations are not true. When I was first notified about these allegations by law enforcement more than a decade ago, I fully cooperated from the beginning and the case was dismissed.” He continued: “THR chose to publish these meritless allegations without a thorough investigation of the facts. I intend to vigorously defend my reputation against these false accusations and will not let this cause further harm to my family.”
TOPICS:  A.J. Calloway