With each day that passes, Kanye West makes it harder for us to understand him.

In his first public appearance since he was reportedly hospitalized following a mental episode, the Life Of Pablo rapper visited with President-elect Donald Trump. Kanye was the centerpiece of “bring Black people to Trump Tower day,” preceding other visitors like Ray Lewis and Jim Brown. Once a champion for inclusion and social justice (remember his famous ‘Bush doesn’t care about Black people’ stunt), West’s meeting with the demagogue is the latest example of his paradoxical behavior.

And even though his support of Trump – whose rise to prominence was based on a platform of racism and xenophobia – is confusing for die-hard fans, we’ve been here before.

Here are eight times Kanye contradicted himself, leaving the world scratching their heads.

From ‘Bush Doesn’t Care About Black People’ to Donald Trump:

"What a long, strange trip it's been" pic.twitter.com/4NjvK9pikP

I wonder if Trump knows this?

It seems as if Kanye has already reneged on his Presidential bid for 2020. After his meeting with Trump, West cryptically tweeted out #2024. So essentially, Kanye is bowing out of the race so that he doesn’t derail Donald Trump’s reelection in 2020? Is this real life? 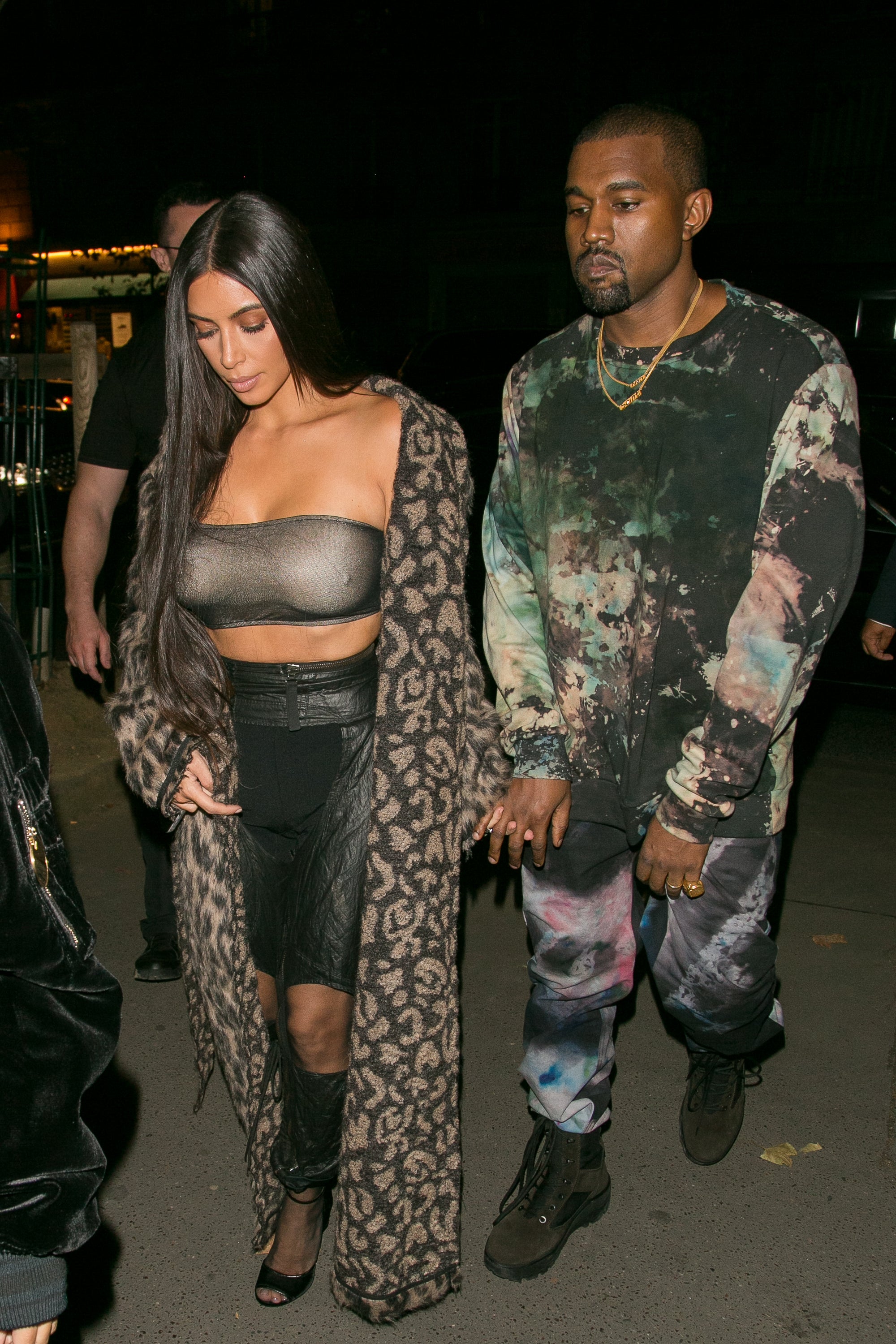 From Precautionary Tales of ‘Gold Diggers’ to a Hollywood Marriage with a Reality Star:

In 2005, the rapper’s smash hit Gold Digger spent 10 weeks atop the Billboard Top 100 and was the anti-moneygrubber anthem of the decade. Fast-forward almost a decade later, Kanye West and Kim Kardashian are battling rumors of divorce and a possible affair with Oakland Raiders punter Marquette King.

Is art-imitating life or is Kanye contradicting Kanye?

From ‘Beyoncé Had The Best Video Of All Time’ to Rants In Sacramento:

There was a point in time where we thought Kanye loved Beyoncé more than Jay Z. He defended her at the risk of public ridicule, most notably at the 2009 VMA’s.

But that was the old Kanye.

The new Kanye called Bey out at a Sacramento concert saying, “I was hurt because I hear that you said you wouldn’t perform unless you won Video of the Year over me and over ‘Hotline Bling.” Where did you hear this Kanye? You know you could have actually reached out to her privately and discussed this right? Kanye may have never gotten over the fact that Beyoncé and Jay didn’t attend his wedding, so maybe this is where that contradictory behavior comes from. Friends forever?

From Boycotting Awards Shows to Begging For Acknowledgement:

“I still don’t understand award shows,” proclaimed Kanye from the stage of, of course an award show. It’s easy to forget that Kanye’s 2015 VMA’s rant/Presidential announcement was his Video Vanguard acceptance speech. Kanye’s relationship with award shows has been consistently inconsistent. He’s either threatening to boycott the Grammys or begging for MTV to “give a Black man a chance” after going 0-5 in 2007.

Which is it Kanye? Do you care or don’t you?

From Bromances With Drake to Throwing Major Shade:

Rumors of a Drake/Kanye joint album went into overdrive this summer after Kanye made an appearance at OVO Fest. However, Kanye has thrown shots at Drizzy for everything from the size of his pool to his Nike and Apple endorsement. In the infamous Sacramento rant, Kanye called out Drake for his hit DJ Khaled track For Free, alleging that it’s success is due to payola.

Is Yeezy just jealous of Drake or is The 6 God actually paying for radio spins?

From Respecting Wiz to Coming After His Kid:

On the 2012 song Cold aka Theraflu, Kanye West asserts that “the only ni**a I got respect for is Wiz,” addressing the then marriage of Wiz Khalifa to his ex-girlfriend Amber Rose. That respect went right out of the window when Kanye went on a vicious Twitter rant, insulting Wiz, Amber and even throwing their son Sebastian into the fray.

The worst part is that this whole episode started when West misinterpreted a tweet from Wiz Khalifa. What happened to respect for Wiz, Kanye? 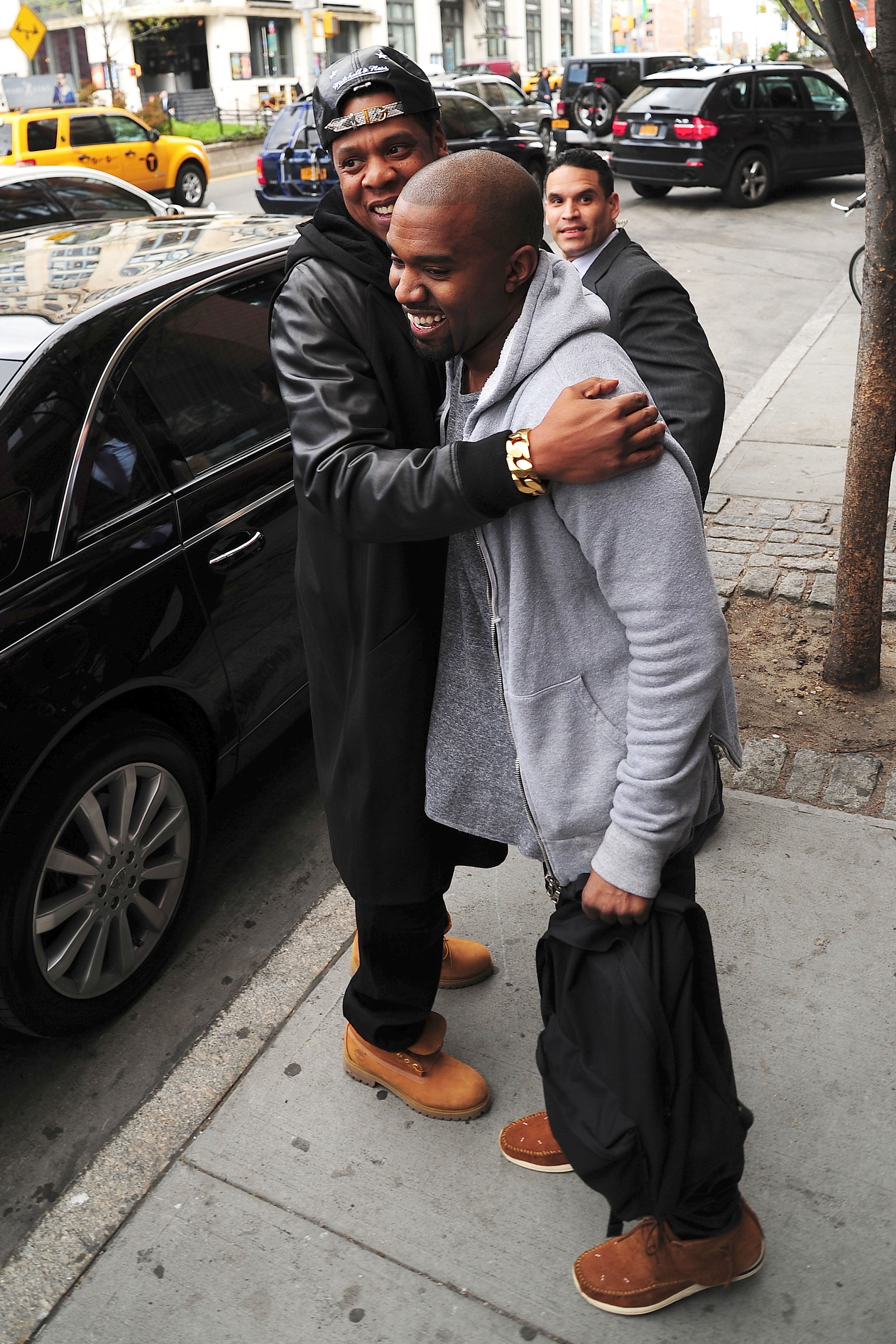 From ‘Big Brother’ to ‘I Know You Got Killers:’

West went from “Number one, Young Hov, also my big brother” to “I know you got killers, please don’t send them at my head.” The latter quote was from his Sacramento rant, where he called out Jigga for not reaching out to him following his wife’s armed robbery incident. “Just call me. Talk to me like a man,” Kanye begged of Jay Z.
We still don’t know if Jay Z has reached out but honestly Kanye, you could’ve just sent a text.