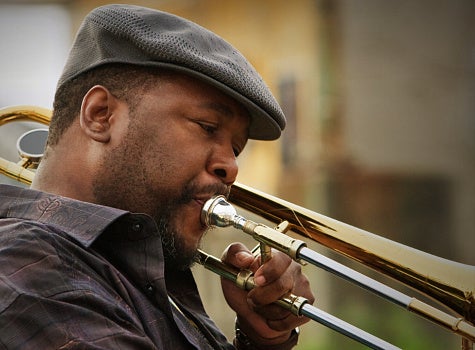 The 62nd Annual Primetime Emmy Awards nominations were announced today by “Modern Family” actress Sofia Vergara and E!’s Joel McHale and some of our favorite shows are up for statues. From “True Blood” to “Trem,” you can finally tell that person that doesn’t love vampires or appreciate jazz musician drama that your taste has been validated. “True Blood” is up for Outstanding Drama Series, Outstanding Art Direction For A Single-Camera Series and Outstanding Casting For A Drama Series. “Trem” is nominated for Outstanding Original Music And Lyrics and is up against “Breaking Bad,” “Dexter,” “Lost” and “Mad Men” for Outstanding Directing For A Drama Series. “Grey’s Anatomy” garnered Outstanding Makeup (Non-Prosthetic) and Outstanding Makeup Prosthetic noms, while “30 Rock,” which stars comedian Tracey Morgan, nabbed a nomination for Outstanding Comedy Series. Wanda Sykes’ “I’ma Be Me” comedy special is up for Outstanding Variety, Music Or Comedy Special against, among others, MTV’s “Hope For Haiti” telethon. The comedian is also up for Outstanding Writing For A Variety, Music Or Comedy Special.  HBO’s “By The People: The Election Of Barack Obama” documentary also garnered an Outstanding Nonfiction Special. Despite the lack of brown talent in the outstanding actor and actress nominations, Wanda Sykes, “True Blood” and “Trem” are holding the candle for television’s diversity strides. The Primetime Emmy Awards Show will air on August 29 with Jimmy Fallon as host. Who do you hope wins?