1. He Made His Debut in Malcolm X
At the age of 9, Washington played a student in a Harlem classroom in the classic 1992 Spike Lee joint starring his father Denzel Washington as Malcolm X. In 2010, he worked with his father again, co-producing the post-apocalyptic thriller Book of Eli. 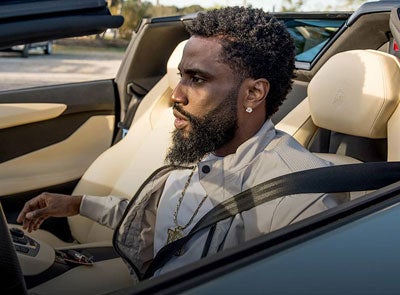 3. He’s a Former Football Star
Before turning his sights on acting, Washington was on track to becoming a football star. In 2006 he was signed by the St. Louis Rams as a free agent. He went on to play for the European Football League and the United Football League (UFL) until 2012. On HBO’s Ballers, Washington plays Ricky Jerret, an unpredictable receiver looking for stability at the end of his career.

4. Acting Has Been Always Been His Passion
“It was in my heart my whole life,” Washington recently told Sports Illustrated, “but every kid has their rebel kind of thing, so my rebel, I turned to football, ’cause I always loved it too, but this was my thing.”

5. He Was Teased About His Famous Father
The former running back says having a famous Oscar winner for a dad didn’t earn him any favors on the football field. In fact, it made it easier for opponents to trash talk him. “They’d find a way,” says Washington. “Football players are creative when they’re in the moment.” He’d hear things like ‘You got the best actor dad ever but that don’t matter tonight, boy.’”

Well, there you have it!

Season 2 of Ballers on HBO is coming soon.