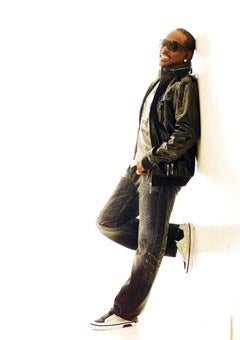 Charlie Wilson is an American treasure. From his time as the Gap Band’s lead singer, boasting hits like “Dropped the Bomb,” to his re-emergence as a successful solo artist, he’s created a legacy of sweet soul.

Dubbed Uncle Charlie by Snoop Dogg, the icon didn’t always have it easy. He’s fought and defeated drug addiction as well as cancer with the help of his loving wife Mahin and God.

ESSENCE.com chatted with the music legend about Kanye West, making a marriage work, and being a Whoopi Goldberg groupie. Now he’s hitting the stage at the ESSENCE Music Festival in July —got tickets?

ESSENCE.com: You were fantastic at the 2010 ESSENCE Music Festival! How does a man in his 70s stay so energetic?
CHARLIE WILSON: I’m just an ageless guy. I’ve had this passion since when I was performing with the Gap Band, and it’s the only way I know how to perform. I asked Michael Jordan one time, ‘You going to ever play again?’ And he said, ‘If I still had my legs and I could compete at the level I’m used to competing, I would do it.’ Until my knees go out, I’m going to continue to perform that way.

ESSENCE.com: Your album “Just Charlie” dropped in December and “You Are” is still on the radio, what’s next?
WILSON: My new single “Life of the Party” should be out next month and I’m going to shoot a video in a few weeks.

ESSENCE.com: You performed “You Are” for Sherri Shepard’s birthday on “The View,” how’d that happen?
WILSON: When I met Sherri at Steve Harvey’s Hoodie Awards, she asked if I wanted to come on ‘The View.’ I said ‘Yes’ but didn’t hear anything until her birthday show. Everyone was so excited backstage and I turned into a groupie! When I saw Whoopi, I almost passed out!

ESSENCE.com: Last year, Kanye West released a new song every week during his Good Friday series and you sang on each one. How’d you two connect?
WILSON: I was supposed to record with Young Jeezy but it was cancelled and then Kanye wanted to record with me. I went to the studio early, like ‘Where’s Kanye?’ and somebody tapped me on the shoulder. It was him! We recorded three records and made another studio date. The next time I came in, I was with Beyonce, Alicia Keys, Mos Def and more. Kanye is amazing.

ESSENCE.com: Drawing on your 17-year marriage, any advice for making love work? WILSON: If you can find someone you like and you both understand what you’re doing, that’s all you need. You have to work with each other, real love is give and take. It’s one day at a time and just like someone recovering [from an addiction], you have to understand that person every day and really appreciate each other. Some people say, ‘I can’t do all that” — well, maybe you don’t need to be married.