By Keyaira Boone · Updated October 23, 2020
After 21 Savage was arrested by U.S. Immigration and Customs Enforcement last weekend after claims that he’s in the U.S. illegally and is a citizen of the United Kingdom, his legal team is now saying they’re trying to get him released. In a statement to CNN, one of 21 Savage’s attorney’s, Dina LaPolt, said, “We are working diligently to get Mr. [Shéyaa Bin] Abraham-Joseph out of detention while we work with the authorities to clear up any misunderstandings. Mr. Abraham-Joseph is a role model to the young people in this country, especially in Atlanta, Georgia, and is actively working in the community leading programs to help underprivileged youths in financial literacy.” 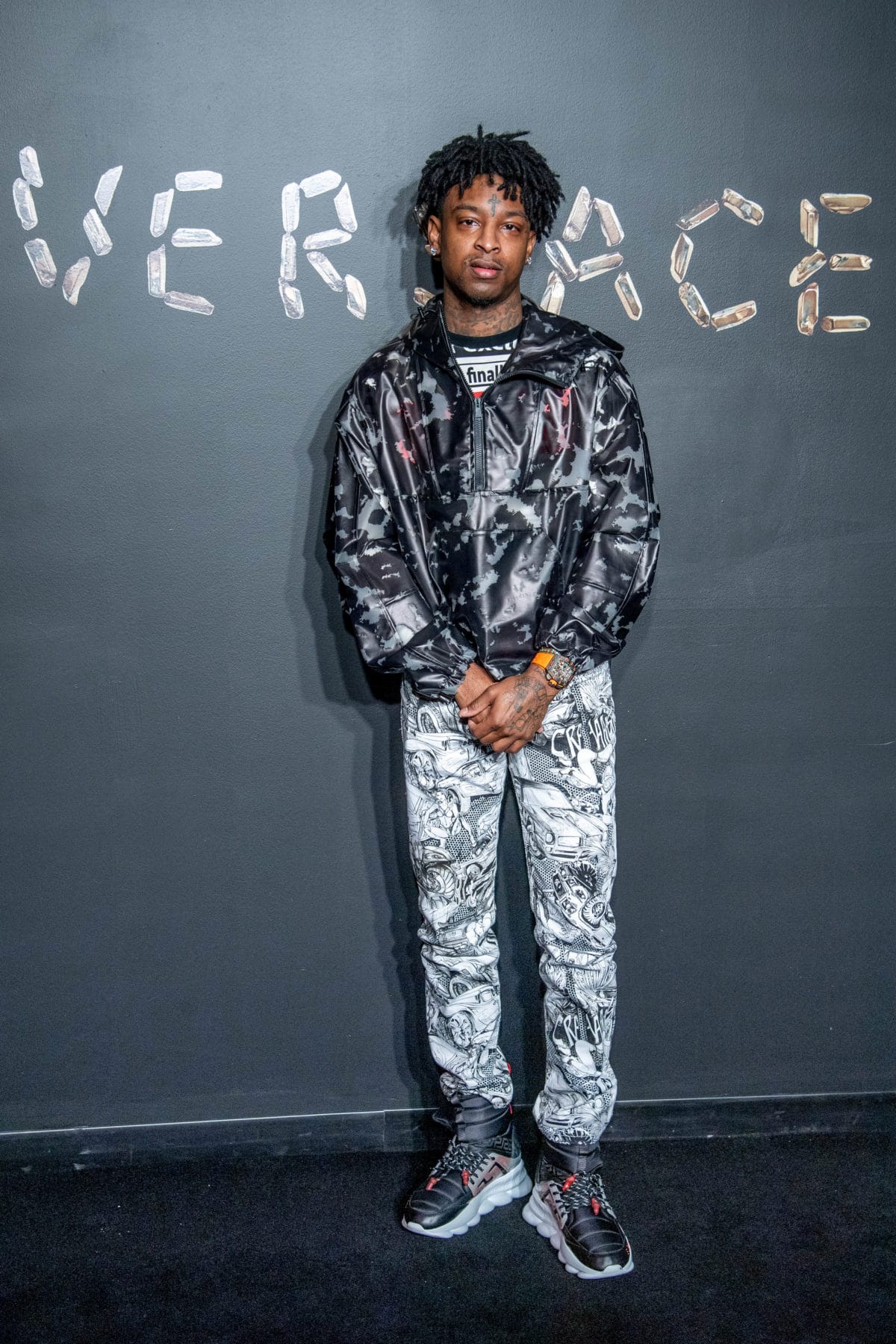 The team also issued a follow-up statement where his lawyer Charles H. Kuck accused ICE agents of trying to “intimidate [Abraham-Joseph] into giving up his right to fight to remain in the United States.” Abraham-Joseph’s legal team likened his situation to many other adult immigrants whose status is precarious because they were unable to control their fates as children. “As a minor, his family overstayed their work visas, and he, like almost two million other children, was left without legal status through no fault of his own,” the team said.

His legal team also noted that the rapper’s children, who are U.S. citizens, are supported by him. They argued that fact coupled with his filing for a special visa in 2017 available to the victims of a crime in the U.S. after being shot, make him, “eligible for relief from deportation.” “We and he will fight for his release, for his family, and his right to remain in our country,” the statement concluded. Reportedly 21 Savage entered the U.S. legally as minor in July 2005, but did not depart as he was scheduled to under the terms of his non-immigrant visa. A spokesperson for the agency claims his presence in the country became unlawful in July 2006. His lawyers said the rapper was arrested in a targeted sting operation on Sunday, and is now being held without bond. Many hip-hop fans were shocked at the assertion that the rapper was from the U.K. as so much of his music in embedded in the Atlanta trap tradition. He has lyrics that refer to East Atlanta’s Zone 6, popularized by the music of Gucci Mane and Zaytoven.
TOPICS:  21 savage abraham-joseph