Skip to content
By Jon Higgins · Updated October 23, 2020
Black people for centuries have said if you want something done, you have to do it yourself. While many Black LGBTQ+voices continue to be targeted and silenced in popular queer spaces, some have made it their life’s work to follow in the footsteps of those who have come before us. By speaking truth to power, these Black LGBTQ+ activists are reminding us that the only way we are ever going to be fully liberated is by making the personal, political. 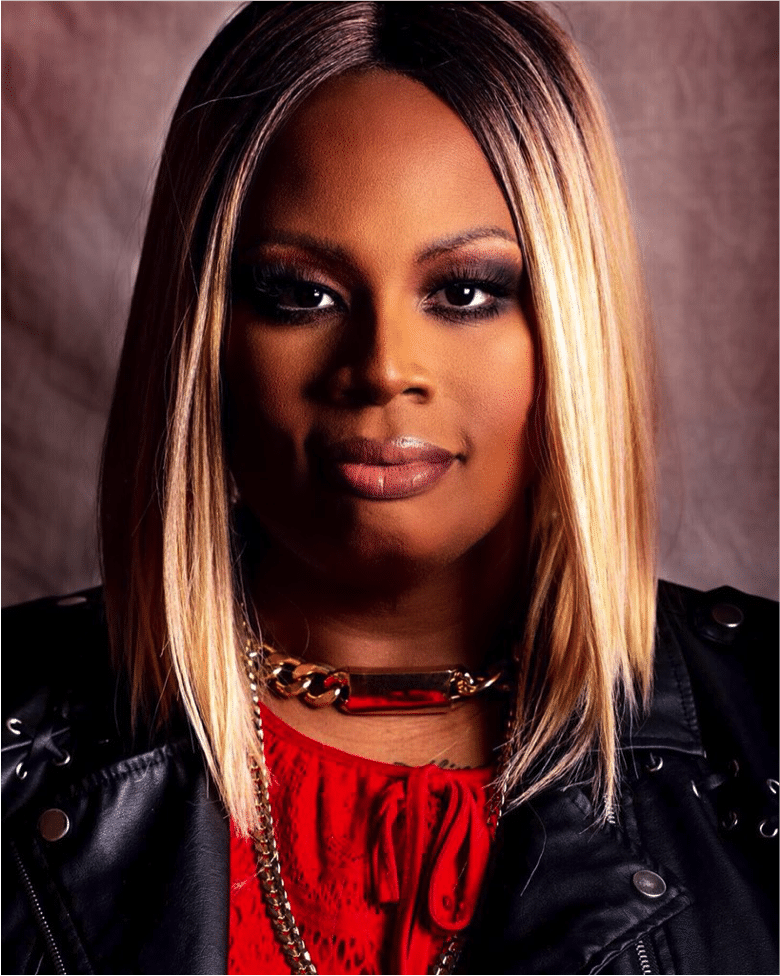 Ashlee Marie Preston is dedicated to creating more pro-trans conversation in Black spaces. Being profiled by Amnesty International and giving a TEDx talk regarding the 35-year life expectancy of Black trans women, Preston is highly vocal about the injustices trans women face and the need for care not being provided by the administration. Preston hopes to leave behind a legacy that is, “not only about resilience, but one that speaks to joyful resilience.” 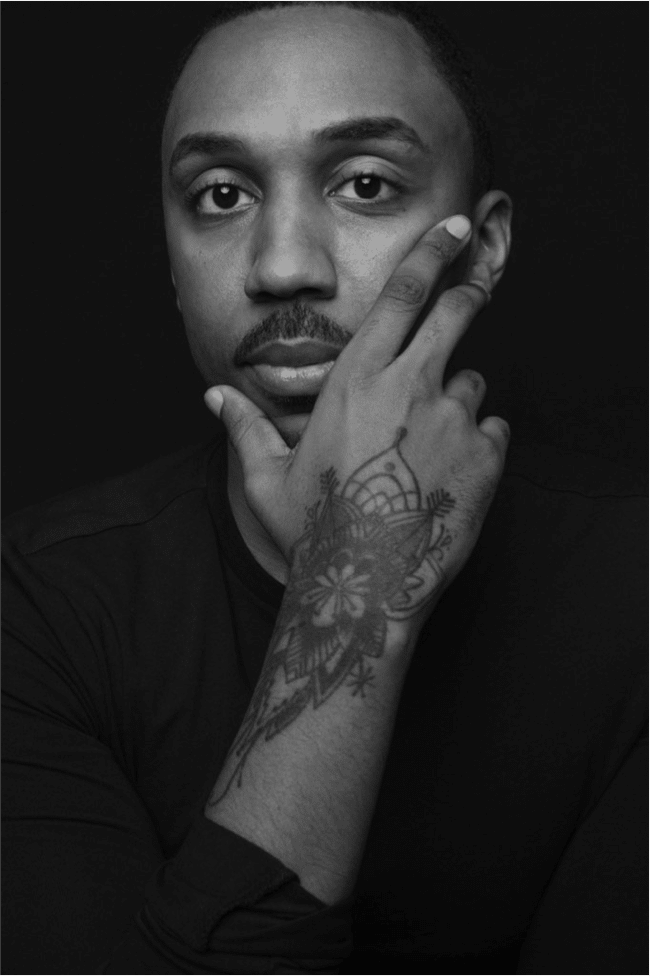 George M. Johnson is a journalist and activist who centers much of his work on speaking to the narratives of Black gay men. “I am a storyteller at heart,” he tells ESSENCE. His legacy? “I want to leave behind a memory like my grandmothers, she was a blueprint for the movement. I hope to one day say my work inspired-right, wrong or indifferent.” patrisse cullors not only leads the #BlackLivesMatter movement but writes and teaches us all about what true liberation looks like. “True liberation for Black LGBTQ+ is joy.” For, her legacy isn’t about her or her work, but about liberation. “I want folks to know that what’s happening now has never been about Trump, but about what has happened to our people for generations.” 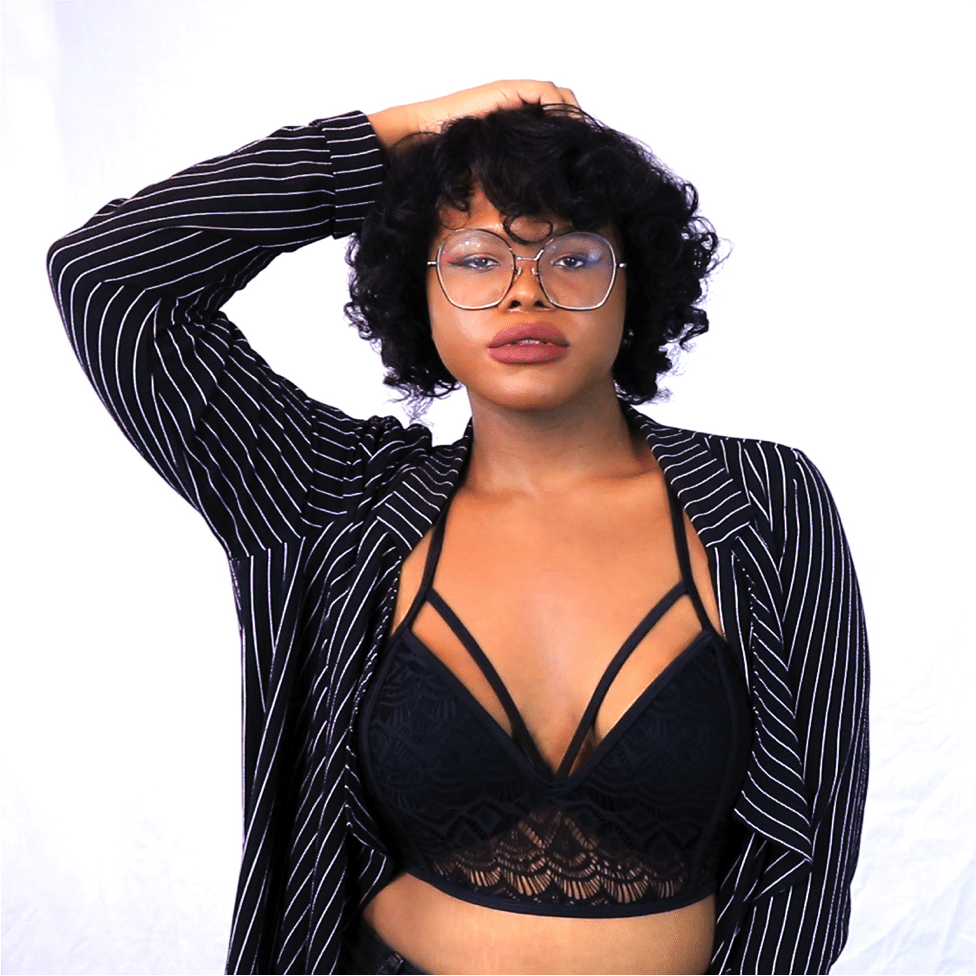 Kat Blaque, known for her funny and educational Youtube videos Kat has always used her platform and voice to share open perspectives, specifically those that differ from hers. “I don’t want people to just live, but I want people to be able to thrive. I want to create a platform that allows someone to replace me. I want folks to know that as a young Black trans woman, I fought to create space in spaces we are not normally seen in so that there are more ‘me’s’ who get to do what I am doing.” 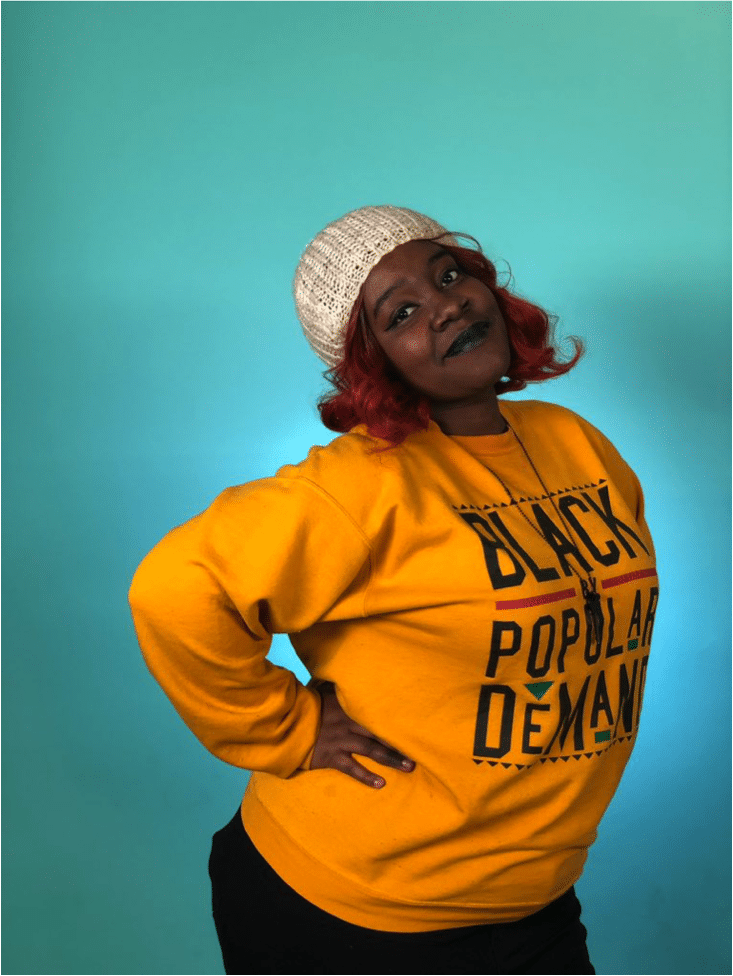 Clarkisha Kent uses her candor and wit to address many of the injustices that many Black LGBTQ+ people face both online and off.  “It’s funny, because though I see myself as a Black woman, being bi-sexual-it’s all new because I am now speaking from a place of truth. That’s liberating and I want to teach others that.” For her, her entire existence is one that is political. Ultimately, Clarkisha wants people to know that her legacy will be that is rooted in speaking truth to power. “I want folks to know that I told the truth, always.” 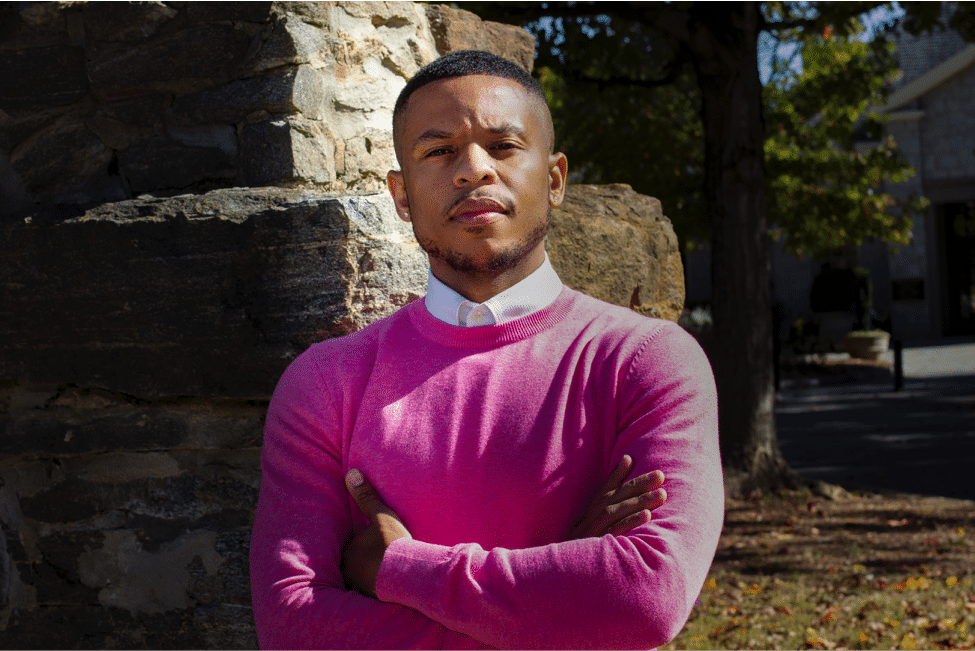 Yolo Akili Robinson centers his work on highlighting and uplifting Black people’s right to heal. As the Executive Director of B.E.A.M. (Black Emotional and Mental Health Collective), their work centers on healing traumas that seek to dehumanize Black LGBTQ+ people lives. When asked what they hope their legacy to be, “ I want people to look at my work and build upon it, for all of its flaws and challenges, to make even more expansive opportunities for us to heal and thrive as Black LGBTQ+ people”. 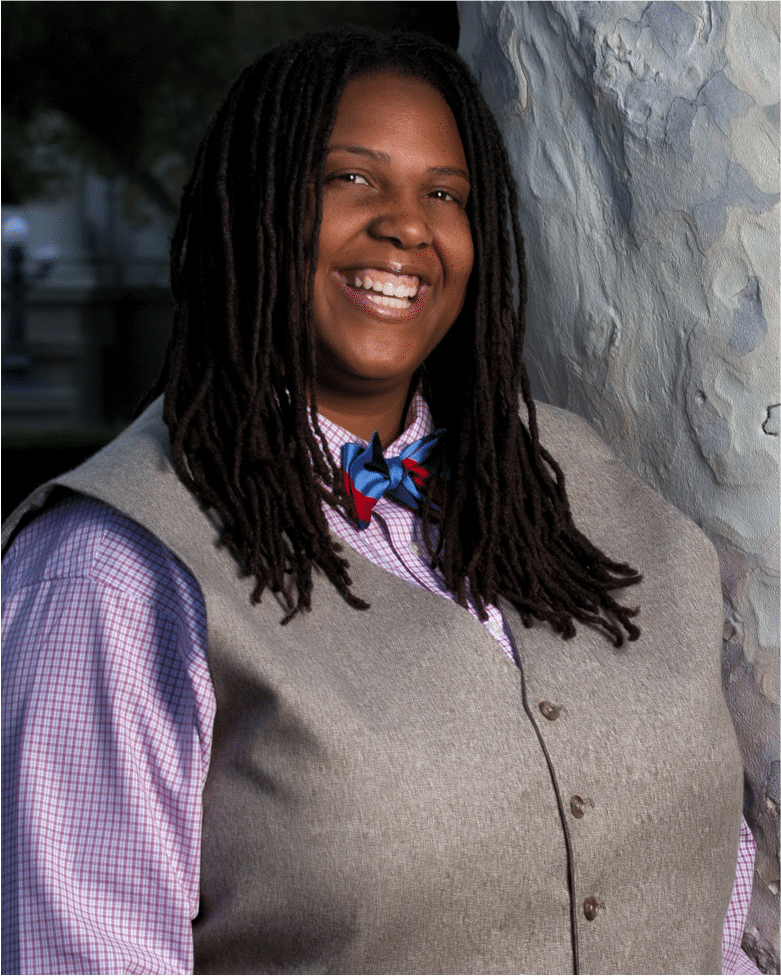 Dr. Torie Weiston-Serdan takes pride in being known for helping to amplify the voice of young Black LGBTQ+ people. As both an educator and founder of the Youth Mentoring Action Network, (YMAN), Torie has always been to liberate the voices of underserved youth. “I think of liberation as being collective care. When speaking about the legacy she says, “I want to be someone that people, especially young people see as someone that made an impact-that changed how we think about the Black LGBTQ+ stories.”. 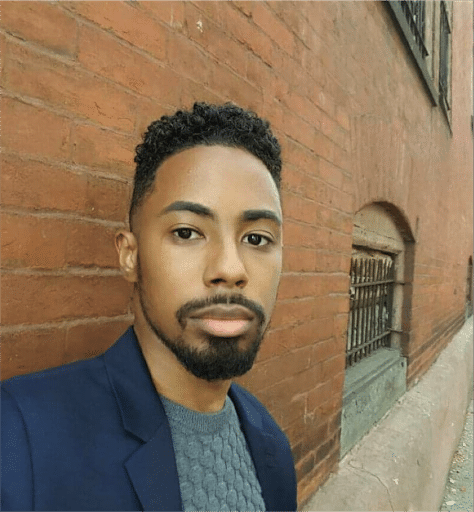 Araya Baker has made it his mission to center dismantling the structural barriers found in the mental health field for Black LGBTQ+ individuals. Bake believes that the greatest way they have used their platform during this administration to advocate for LGBTQ+ individuals is by naming and addressing the ways folks use fear to disengage Black LGBTQ+ people. “I’ve focused on outlining that this work is not about me, but about how we affirm those who are on the front lines. As for their legacy, “I want folks to see my work as a way to end the pain in the Black community.” 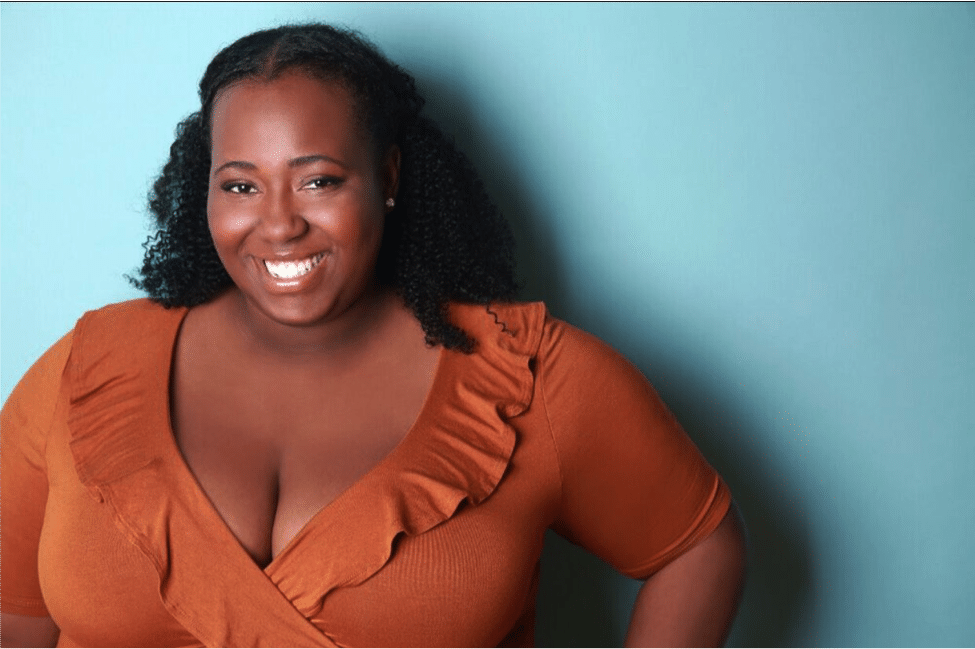 Nyla Adele  is an artist and organizer who has made it their duty to center theirs on those who are most marginalized. “I just love Black people,” Adele adding, making it known that much of what they do as an activist is led by the reverence they have for Black LGBTQ+ people. “My goal is to add to the liberation of Black LGBTQ+ people making that they are happy, healthy, well fed with housed.” When asked about their legacy: “I want to leave the Black LGBTQ+  community a little better than when I found it”. 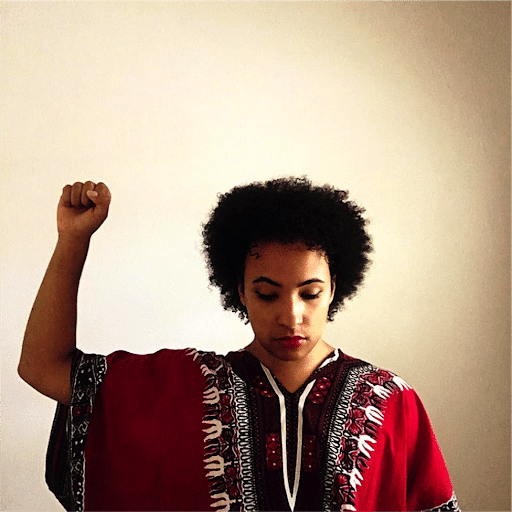 Ianne Fields meshes theater and activism as a way to have conversations about the experiences of Black LGBTQ+ people. Ianne is invested in inter-community conversations that allow Black LGBTQ+ to tell their stories the way they want them to be told.“I am interested in creating art that believes that Black LGBTQ+ peoples stories are worth being told; Her legacy is “tied to the histories of what Black trans women have been trying to say for centuries. In 2019, I’m taking my validation.”