This week, Austin, Texas is crawling with music enthusiasts and techies on the hunt for the hottest new artists and gadgets. South By Southwest Music & Film Interactive is the annual music and film festival that highlights indie and underground artists, which has blossomed into a full on production that now attracts everyone from mainstream artists to President Barack Obama in addition to a host of major sponsors. 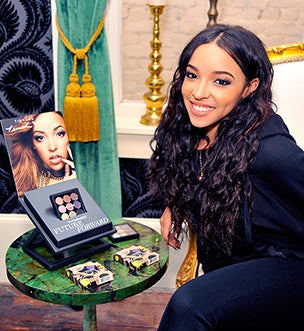 This year, MAC sponsored a tent and featured some of your favorite artists including one of their newest faces, singer/dancer/model Tinashe. The 23 -year-old Kentucky native rose to fame last year when her song “2 On” landed the #22 spot on the Billboard Top 100. As a part of their “Furture Foward” collaboration, MAC  rolled out the first set of four lines in the collaboration, beginning with Tinashe’s killer eye shadow palette. 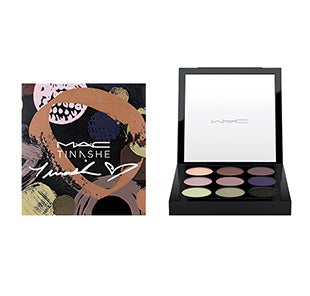 During a performance in the MAC tent at SXSW, the singer performed a set from her new Joyride tour and sported a gorgeous smoky eye look crafted with her signature palette. The collection of nine shadows range from soft taupe-y nudes to a gorgeous violet hue and a shimmering black. The singer lined her eyes with a black kohl, added a pair of lengthy falsies and flushed her cheeks with an apricot hue and match gloss for her lips. So, in case you needed a little beauty inspo for that girlfriend’s brunch you’re having this week, take a cue from Tinashe and thank us later.