By Dominique Hobdy · Updated October 23, 2020
One time it rolled under the seat of a friend’s car into the abyss and was gone forever. Another time, it was in the pocket of a jean jacket that got left behind after an epic weekend in New Orleans. I’m pretty sure I cussed out loud that time I realized I’d left it in a shifty bathroom at a loud, dark club in SoHo. Time and time again though, I’ve returned to Sephora with my tail in between my legs, beelined to the NARS counter and reached for “Cruella,” (Sephora, $27) the only red that truly makes my lips pop. It’s a smoldering, statement-making hue that’s been a constant throughout my twenties. Before discovering Cruella, if you’d told me that I’d repeatedly purchase a lipstick of any kind for $27, I would’ve told you to go sit down somewhere, yet here we are. 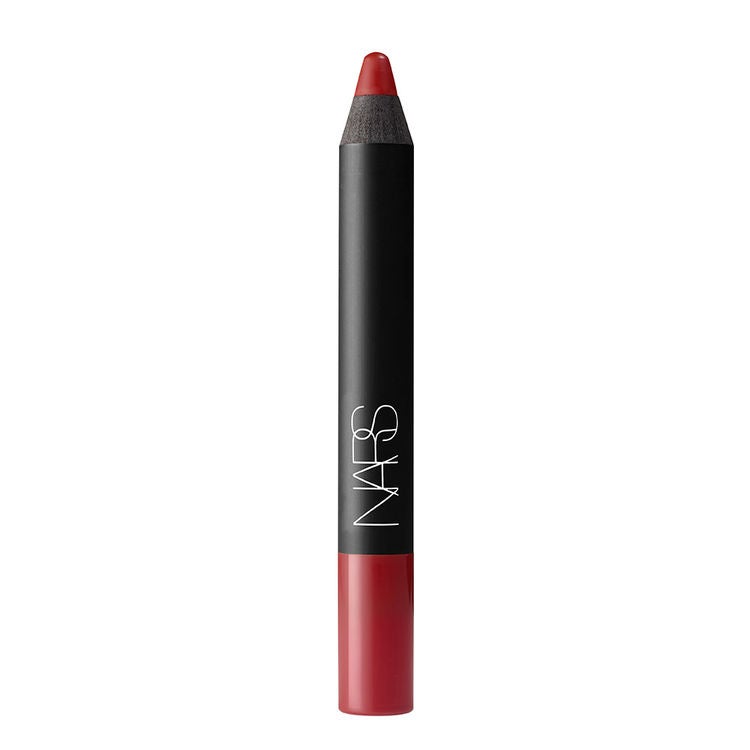 available at Sephora $27 Shop Now
Deep and rich, like a decadent slice of chocolate cake, this color is super versatile.. A power move in and of itself, Cruella is the type of color that demands a room. Some people swear by cult favorites like MAC’s Ruby Woo, but I’m here to make a case for Disney’s flyest villain’s namesake. Unlike most mattes, you won’t feel like your lips are so dry they’re peeling off. The application is smooth and the durability is top notch. Let us all join hands and hope that I don’t lose my current pencil, but if I do, I won’t hesitate to grab another. It’s just that good. Convinced?! Treat yourself and try it out!

Looking for something a bit edgier? I also recommend Train Bleu, it’s another head-turning favorite! Dominique Hobdy is a fashion & beauty writer living between Washington, D.C. and Brooklyn, NY. She spends her time hunched over a computer feverishly typing while simultaneously swiping strange objects out of her 1 ½ year old’s mouth before he can ingest them. You can follow her shenanigans on Instagram @d_hobdy.