For the New York City premiere of When Love Kills:The Falicia Blakely Story, she rocked a silver gown by Steven Khalil, with hair and makeup glam done by Tyren Redd. The talented rapper and actress has been showing up and showing out all summer, serving designer looks and glamour that reflect her new grown-up style. Anyone else obsessed with this glow-up? 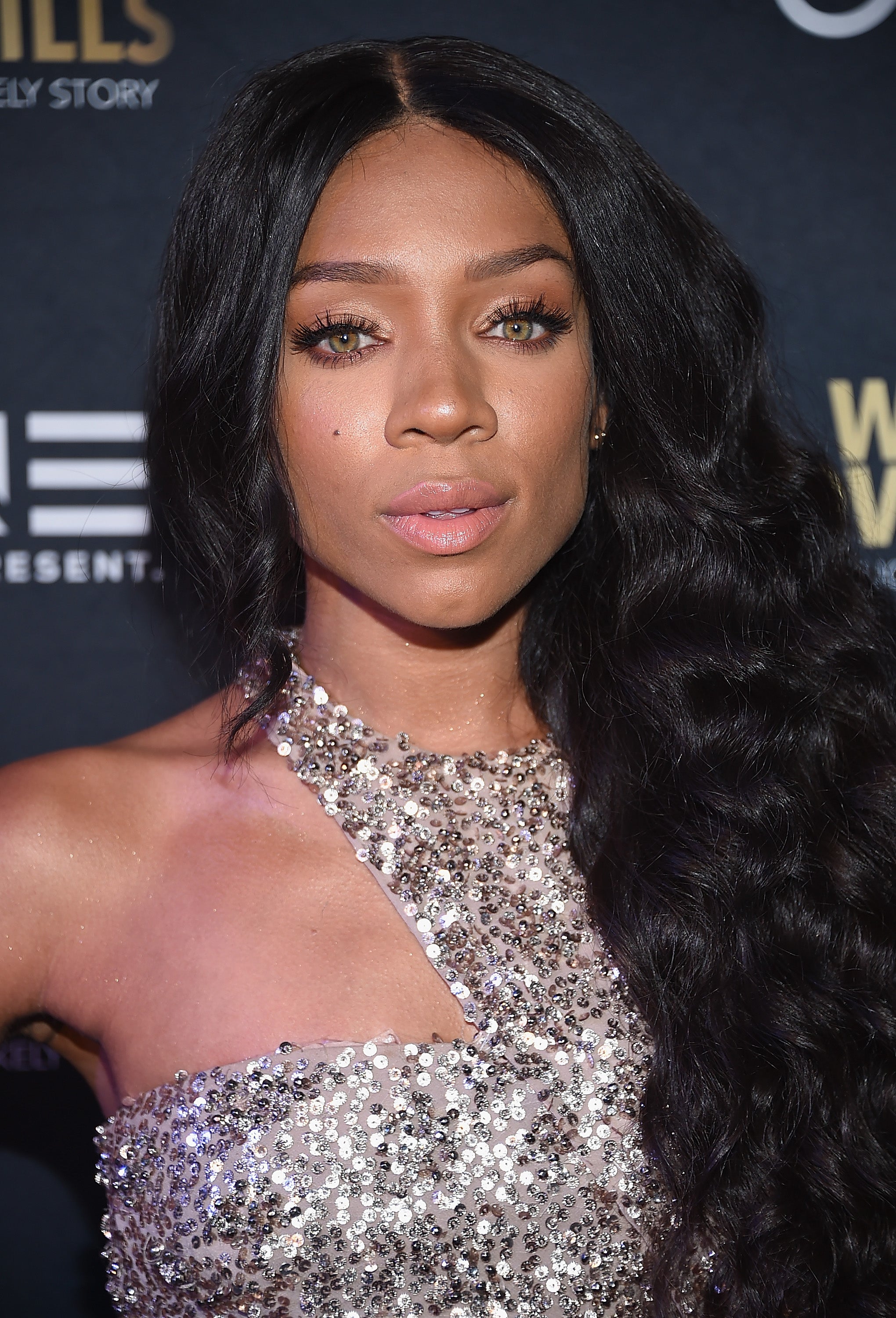 Although it’s been awhile since the New York native released a full length album, we’re happy to see her flex those acting chops on the small screen. In When Love Kills:The Falicia Blakely Story,  Lil Mama plays the lead role of Falicia Blakely- a teen mother who works at a strip club. While there, she meets Dino (played by Lance Gross), and the two enter a relationship that soon turns dangerous. Also starring Tami Roman and directed by Tasha Smith, the film is based on a harrowing true story that made headlines back in 2004. Take a look at more of Lil Mama’s fierce beauty moments below, and make sure you tune into When Love Kills:The Falicia Blakely Story when it premieres on TV One on August 28. Subscribe to our daily newsletter for the latest in hair, beauty, style and celebrity news.
01
Gorgeous and Glowing

At an Atlanta, GA screening for When Love Kills in August 2017.

At the August 2017 Washington, D.C screening of When Love Kills.