The category is super model realness and Indya Moore is winning the ball. With a new season of Pose premiering on FX Tuesday night, the excitement around the fate of the characters is growing. A standout in season one, Angel is on her way to proving everyone wrong, including herself, about what a model looks like.

Played by Moore, Angel is a unique cocktail of confidence and modesty, beauty and grit, and palpable tenderness topped off with a pinch of that New York City toughness you only get from being born and bred in one of the five boroughs. She’s optimistic and shameful at the same time, and genuine but not always honest, which brings a complexity to the character that makes you want more of her.

It’s hard to believe that the actress, model, and advocate initially read for the part of Blanca, as they bring the heart of Angel through the lens so dynamically.

They’re just as much of a delight on the red carpet, as we wait to see what they will do next. Since the first season of Pose ended until today, Indya Moore has been serving up beauty that makes you keep your fingers ready to double tap. Whether they’re rocking a natural fresh-faced look, a dramatic eye and lip duo, some gold grills, or a trendsetting ‘do, they never disappoint. So, as we wait anxiously for our next small screen dose of Moore as Angel, we look back at a year of beauty that ranked tens across the board.

01
At The 2019 Golden Globe Awards
With "Angel" eyes, crimson lips, and a Chaka Khan-like mane, Indya shut down the red carpet. 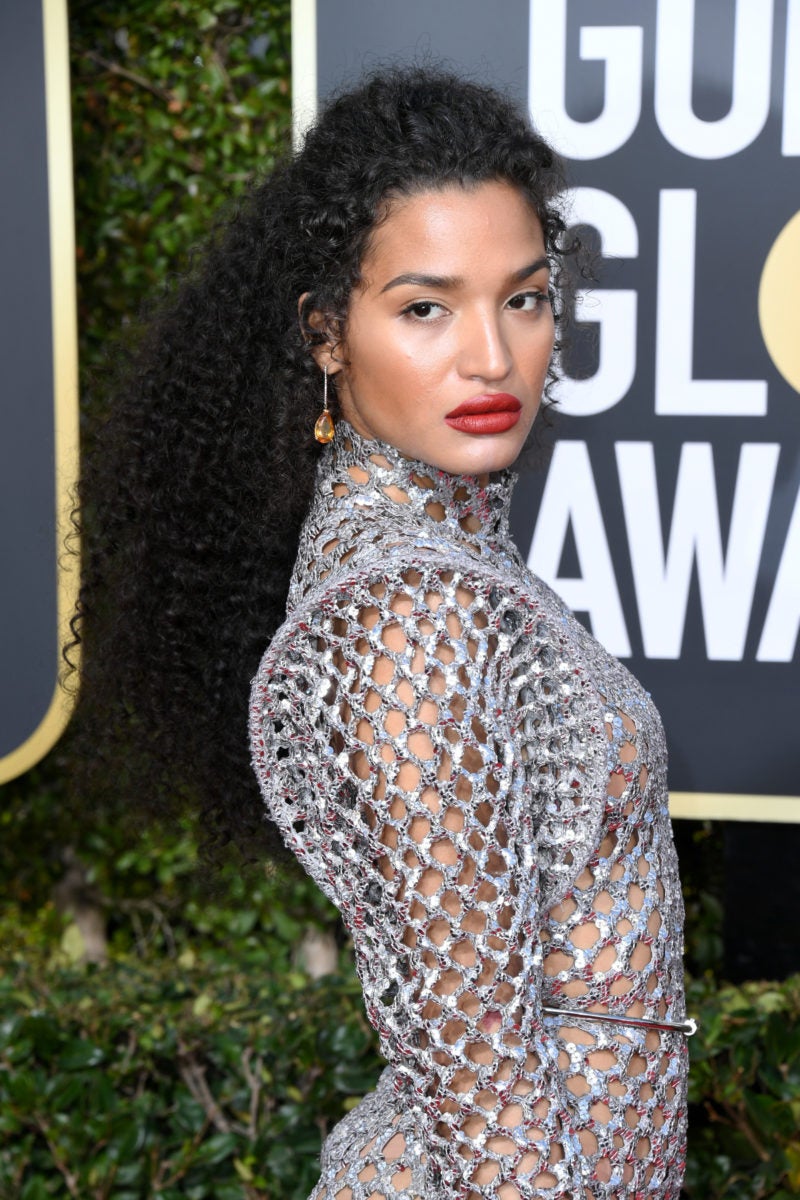 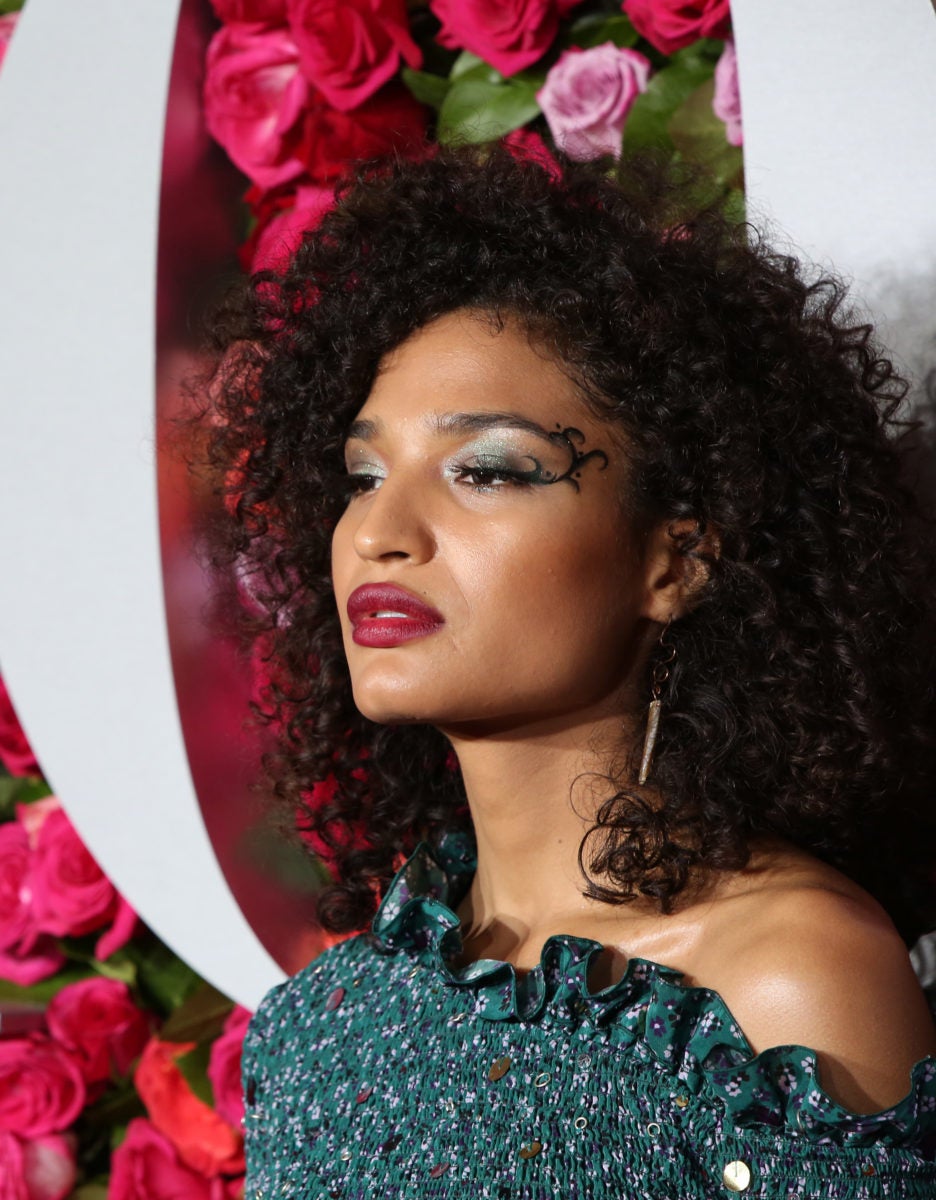 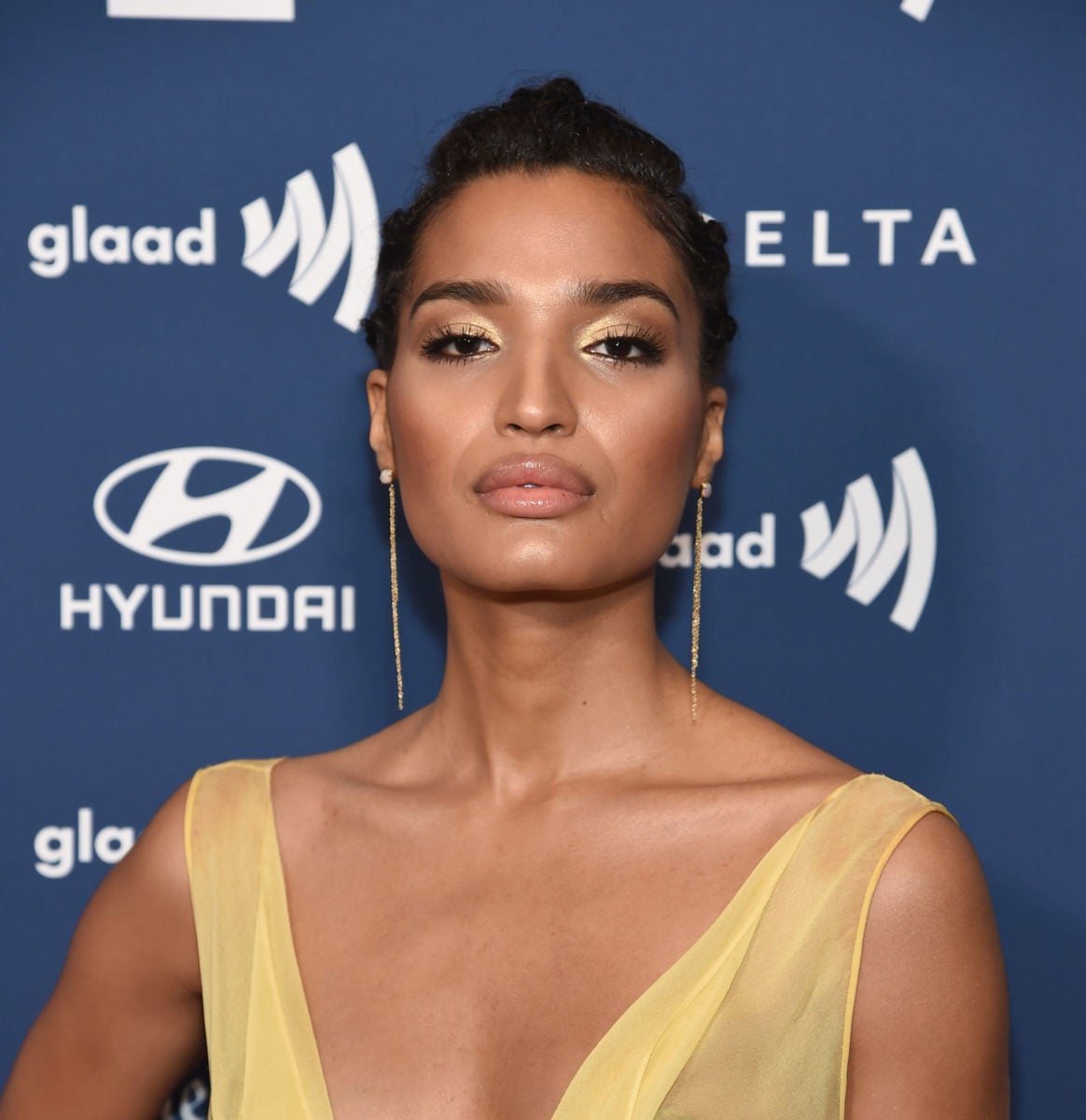 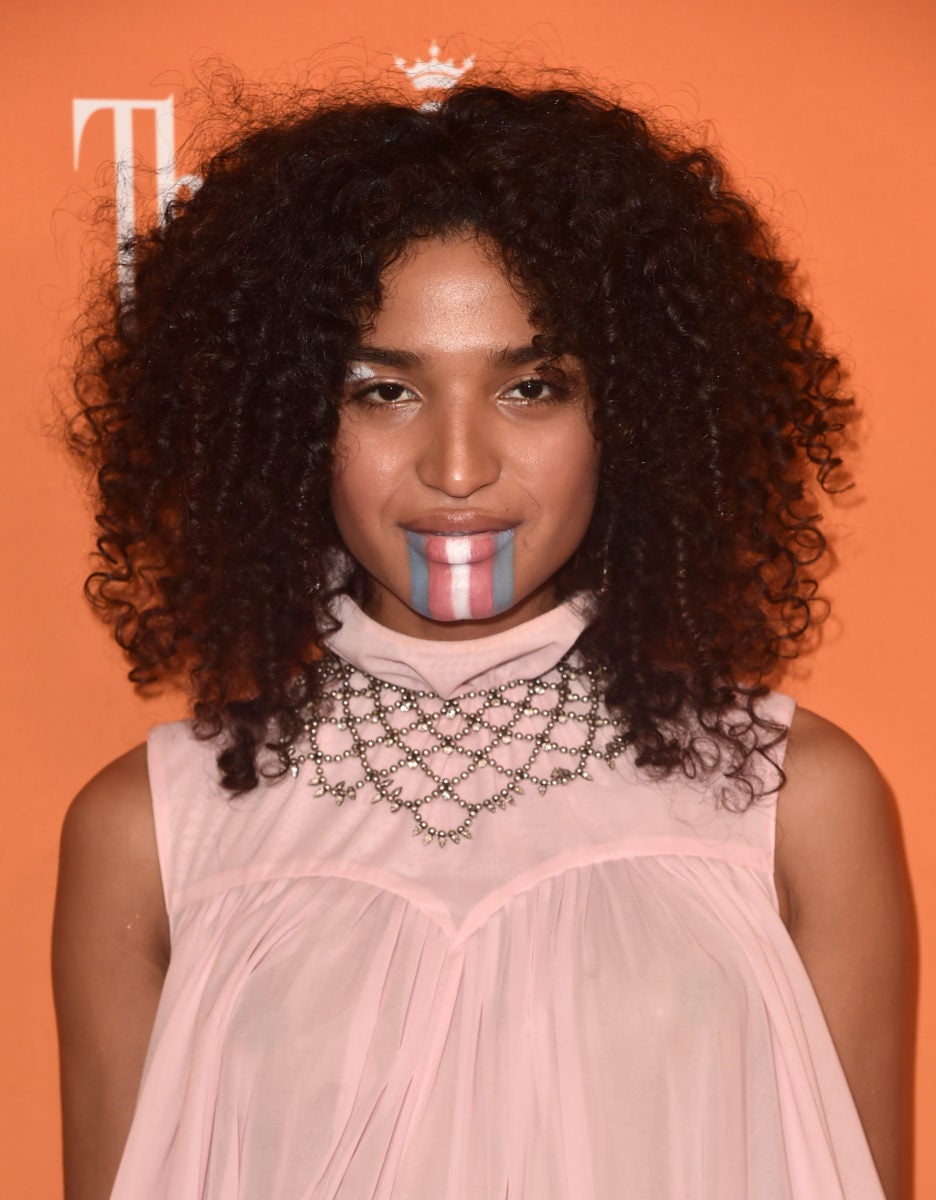 BEVERLY HILLS, CALIFORNIA - DECEMBER 02: Indya Moore attends The Trevor Project's TrevorLIVE Gala at The Beverly Hilton Hotel on December 02, 2018 in Beverly Hills, California. (Photo by Alberto E. Rodriguez/Getty Images)
05
At The 2018 GQ Men Of The Year Party
They added a floral crown to their crown for a pretty purple accented updo. 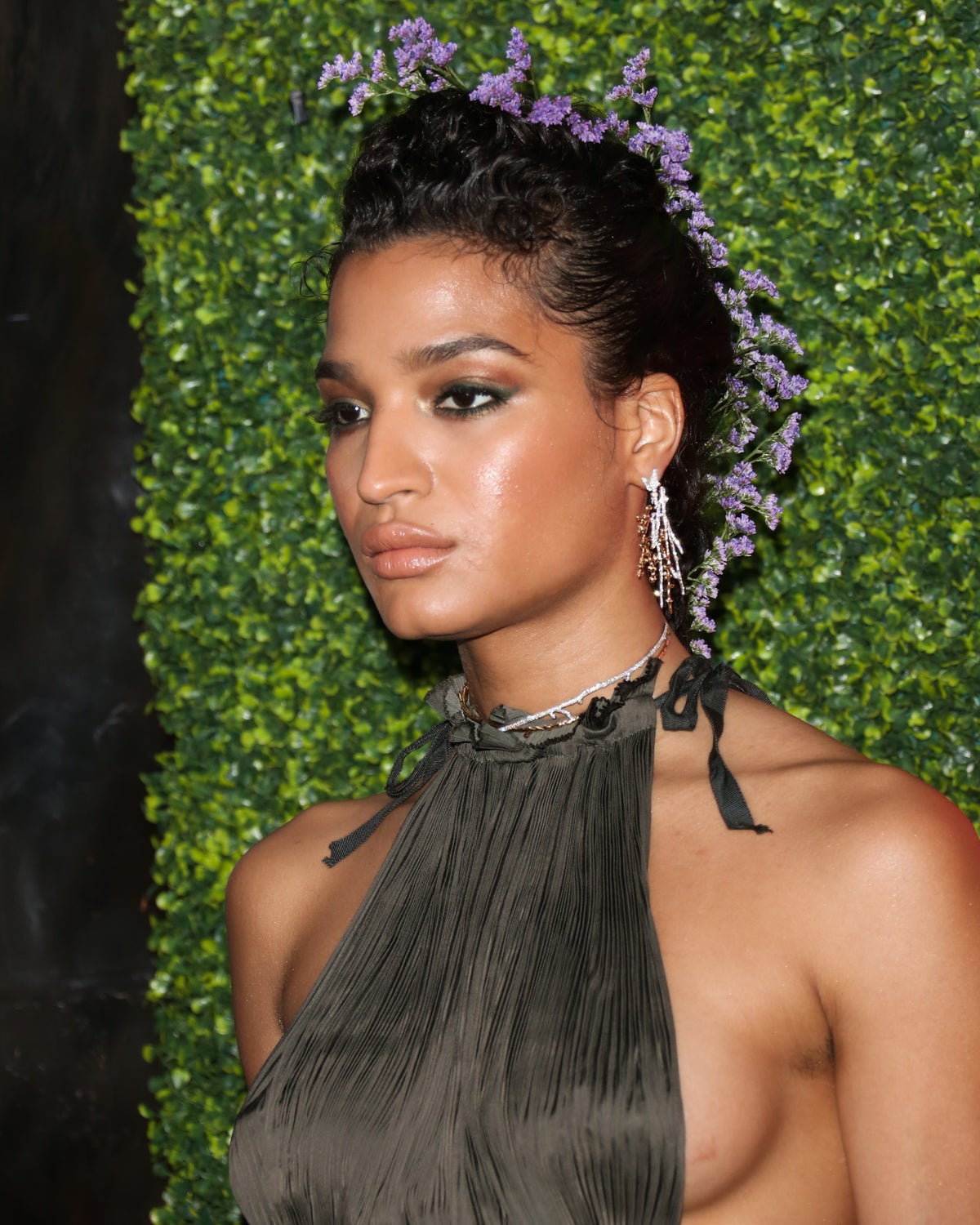 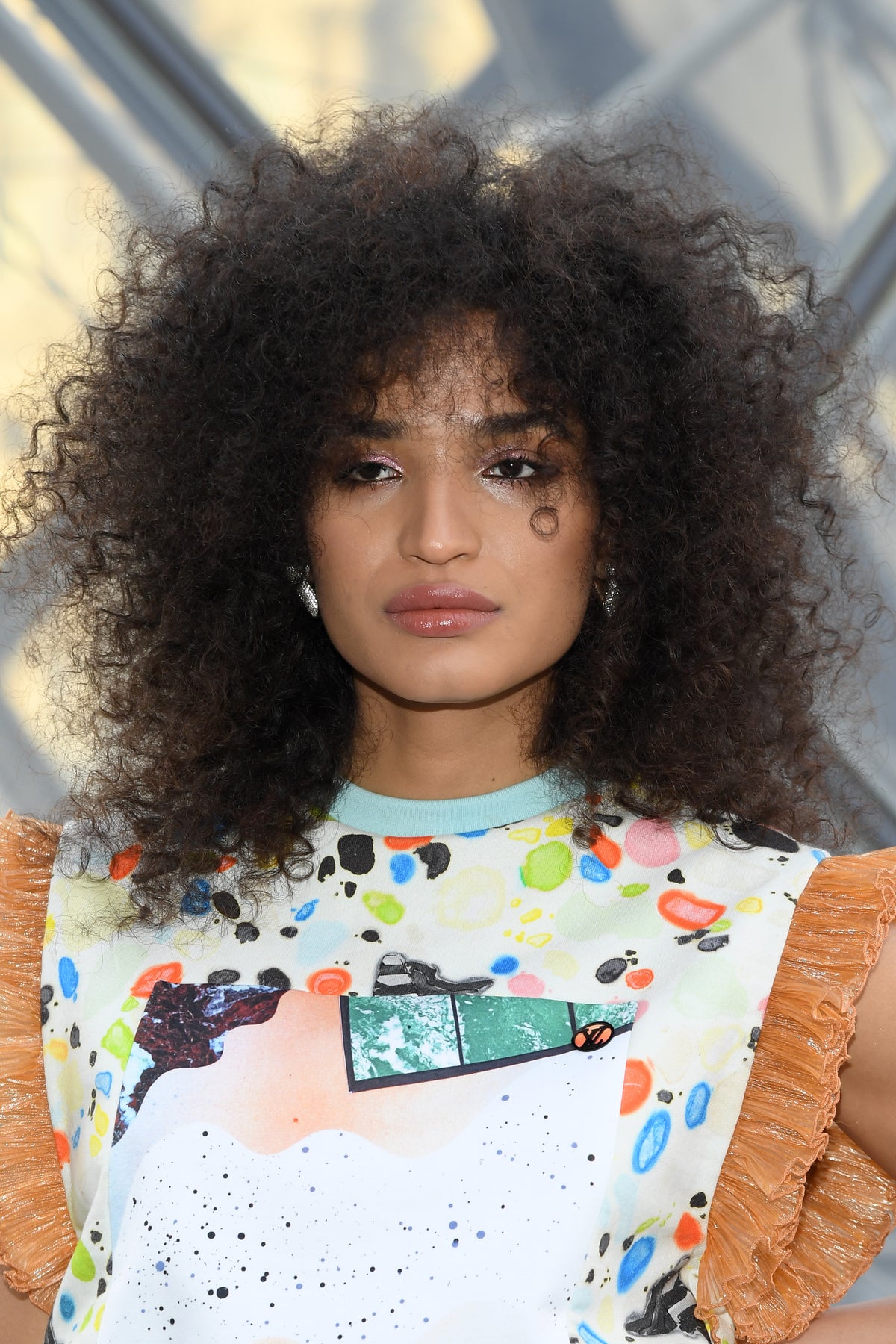 PARIS, FRANCE - MARCH 05: Indya Moore attends the Louis Vuitton show as part of the Paris Fashion Week Womenswear Fall/Winter 2019/2020 on March 05, 2019 in Paris, France. (Photo by Pascal Le Segretain/Getty Images)
07
At The 2019 GLSEN Respect Awards
Rocking Bantu knots and a matte mauve lip, they brought the beauty even with a mean mug. 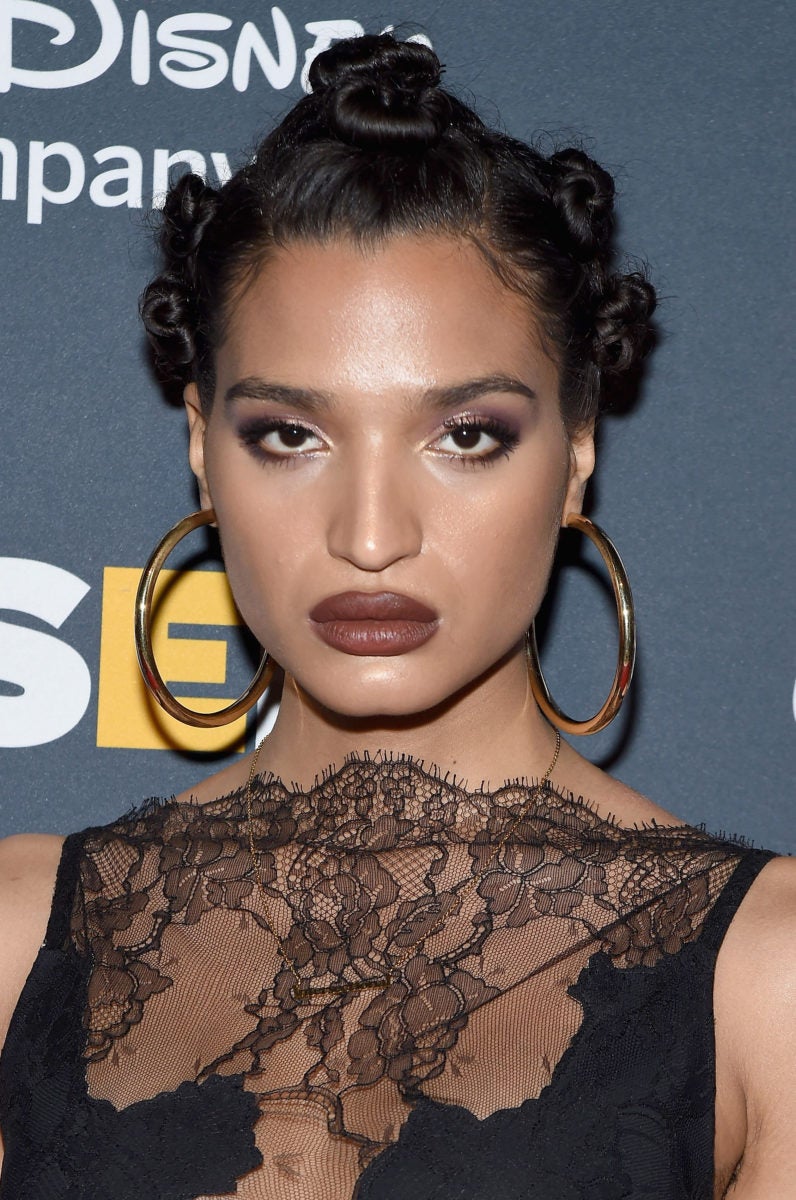 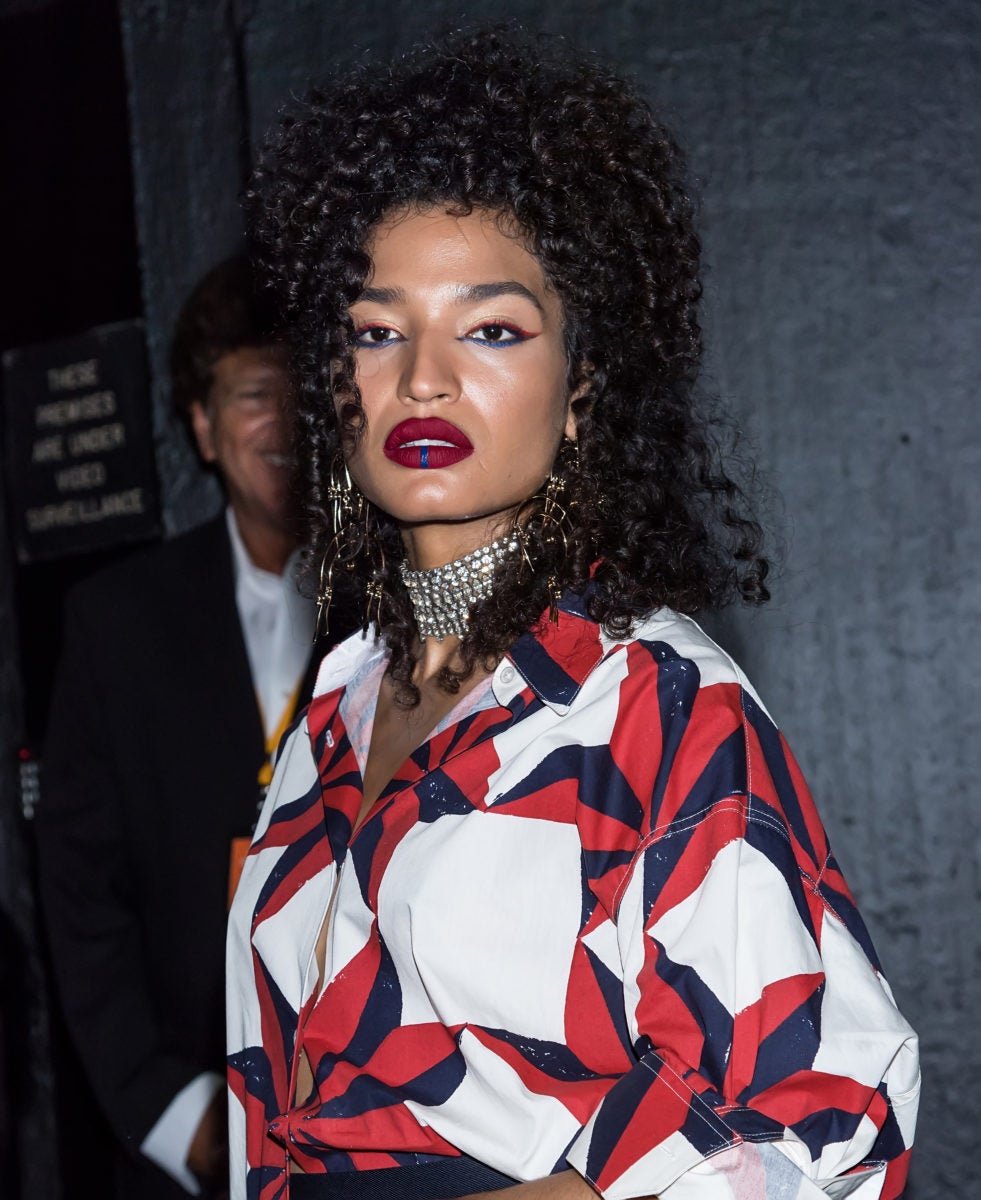 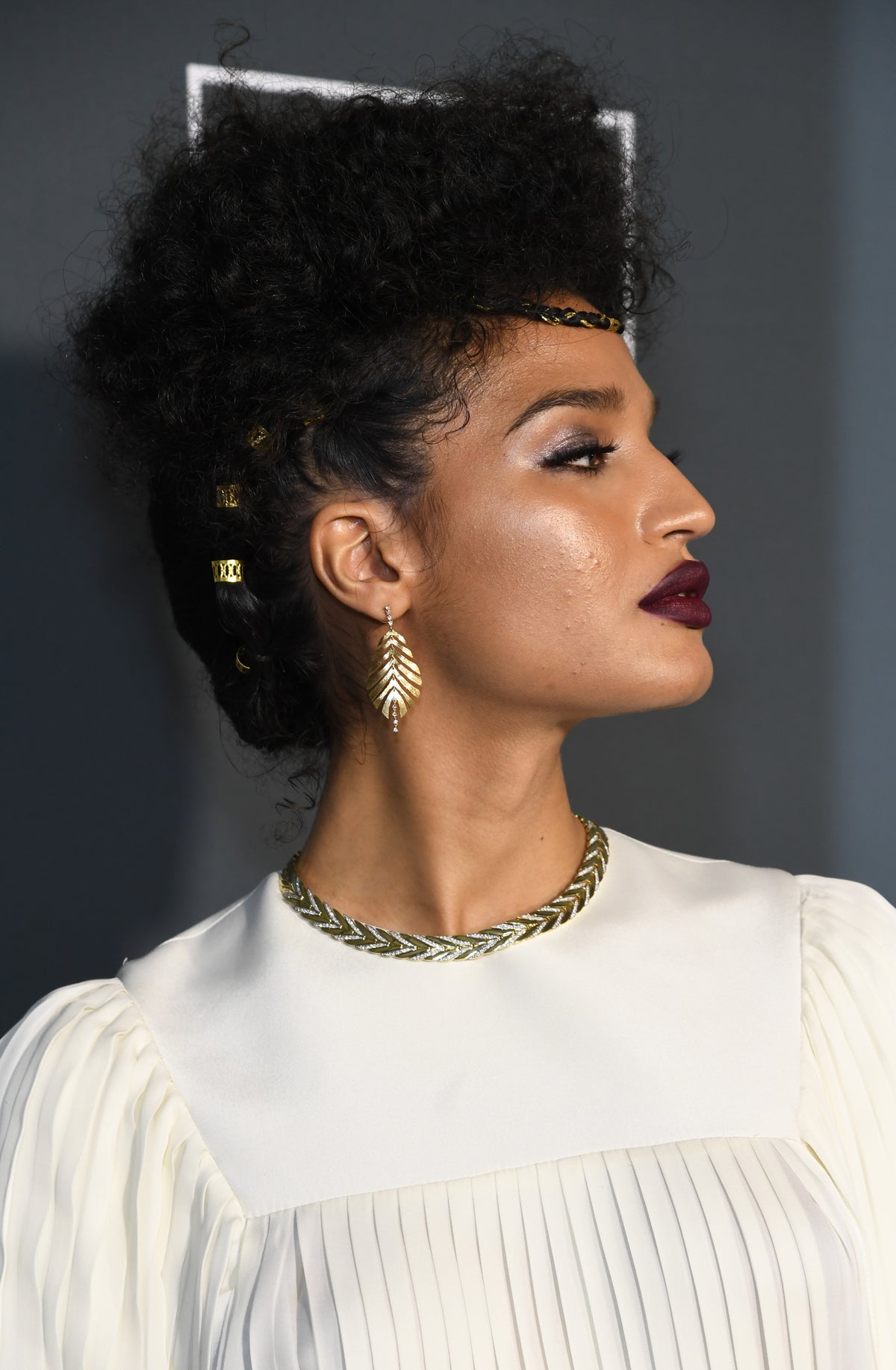 SANTA MONICA, CA - JANUARY 13: Indya Moore attends the 24th annual Critics' Choice Awards at Barker Hangar on January 13, 2019 in Santa Monica, California. (Photo by Kevin Mazur/Getty Images for The Critics' Choice Awards)
10
At Ebony Magazine's Ebony's Power 100 Gala
Back in 2018 Indya was drenched in a sun-kissed glow and this fall's rainbow graffiti eye makeup trend before it was trending. 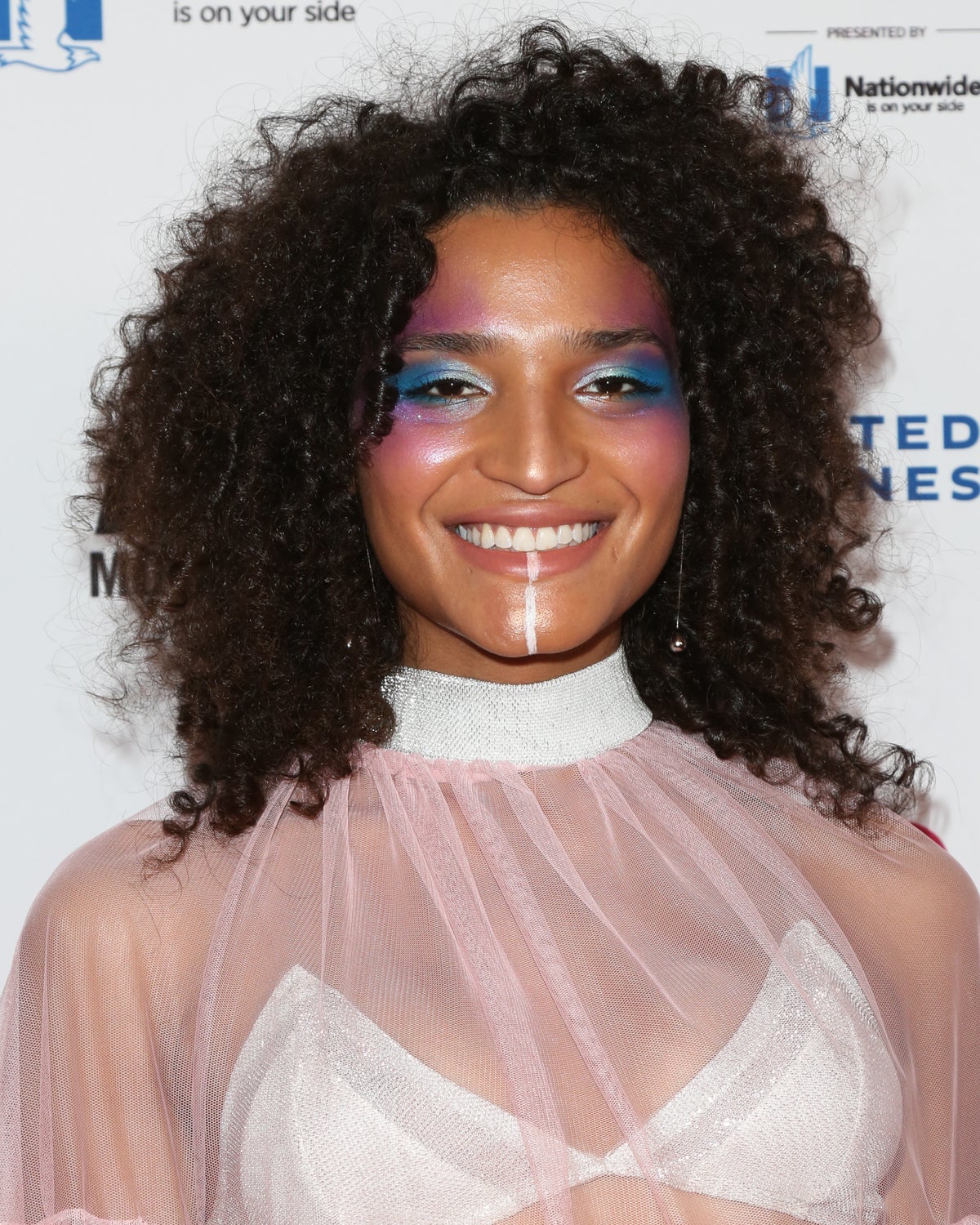 BEVERLY HILLS, CALIFORNIA - NOVEMBER 30: Actress Indya Moore attends Ebony Magazine's Ebony's Power 100 Gala at The Beverly Hilton Hotel on November 30, 2018 in Beverly Hills, California. (Photo by Paul Archuleta/FilmMagic)
11
At The Foxtel 2018/2019 Drama Showcase
Proving that sometimes a black stripe down a red lip is all you need to make a look a lewk. 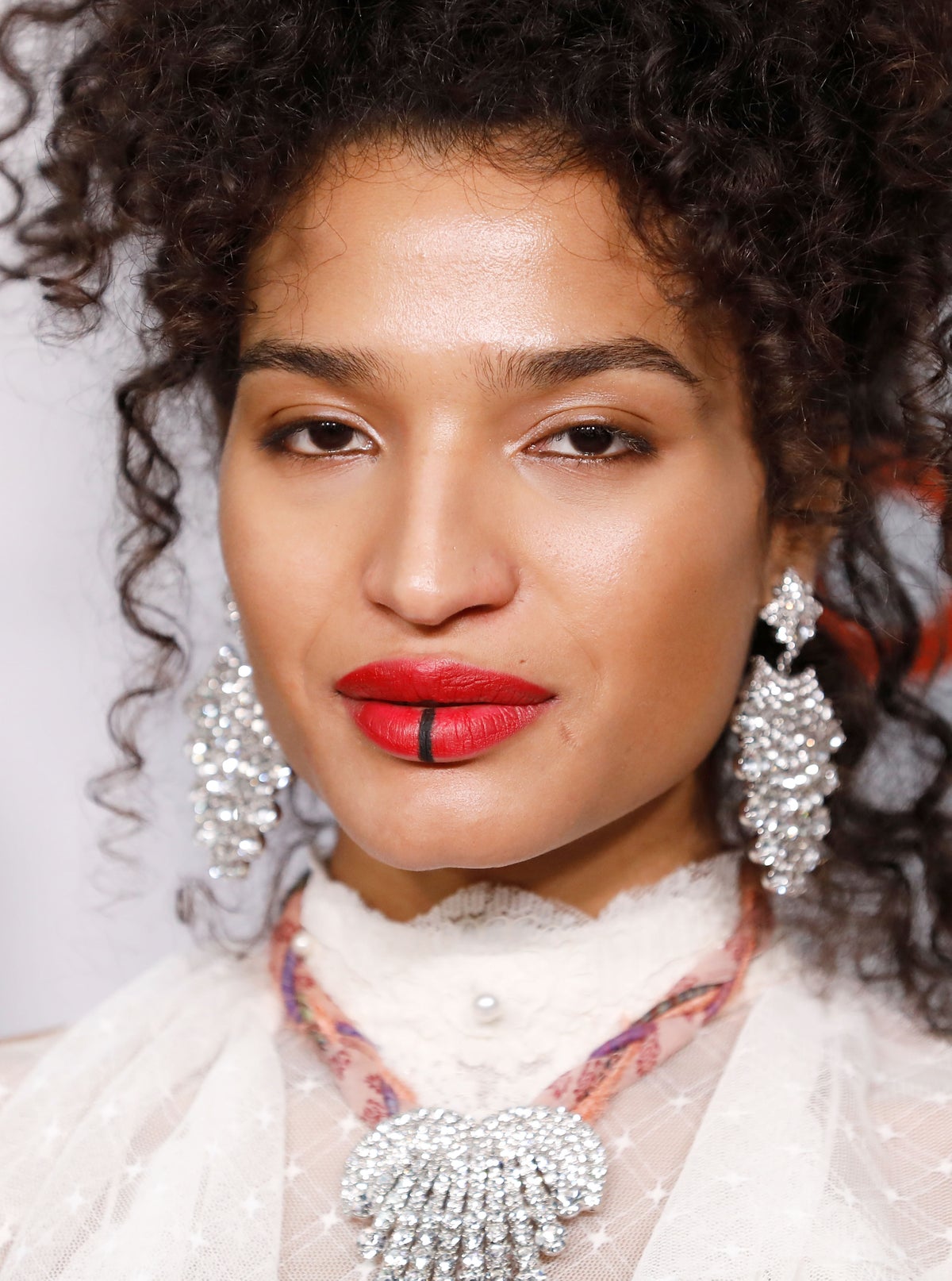 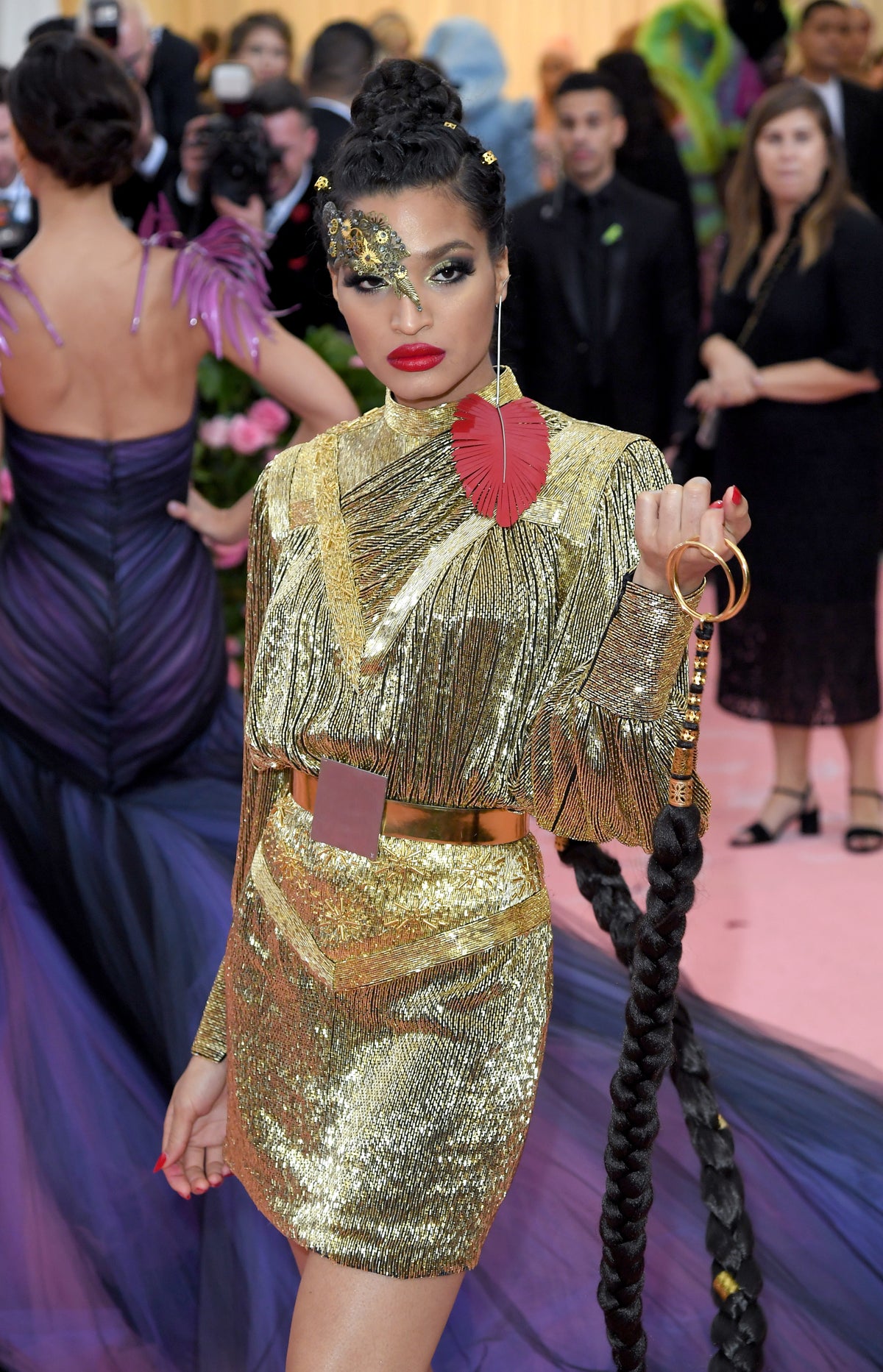 Michelle Obama Is On Her Way To Becoming An EGOT

A Requiem For Kobe Bryant

Taraji P. Henson Says She Wants To Be The 'Fenty' Of Hair