.@theblackpanther takes home the Actor® for Outstanding Performance by a Cast in a Motion Picture! #sagawards 🎭 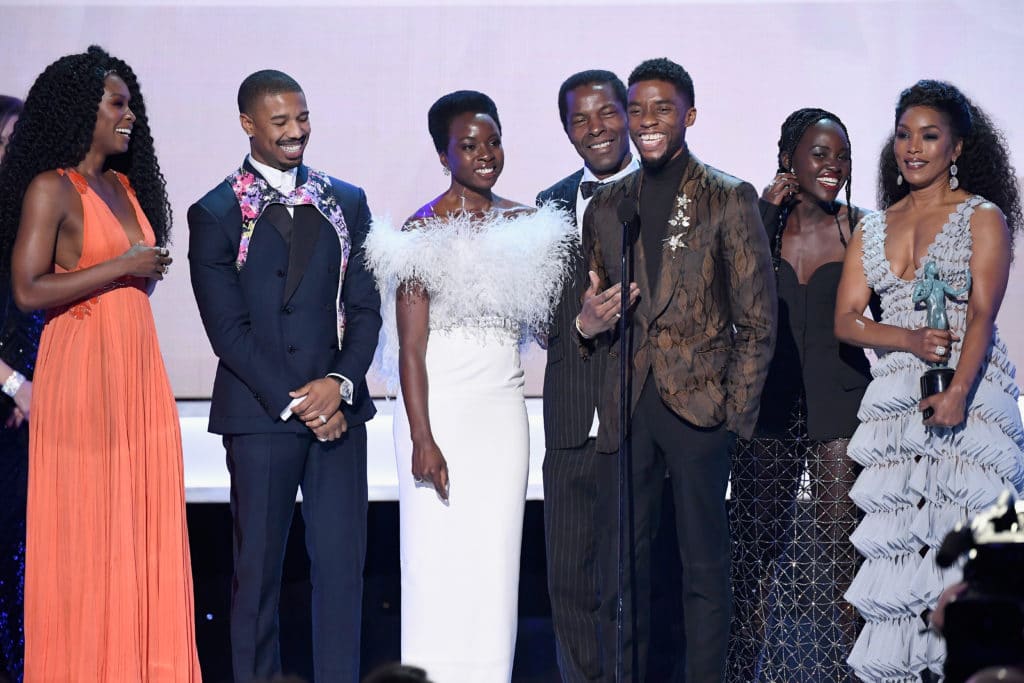 When the show’s producers tried to cut his impassioned speech short, Boseman clapped back telling them plainly: “Don’t give me the music.” Instead, he went on to thank everyone in the room and reminded them that there would soon be a Black Panther sequel. Wakanda forever!
TOPICS:  black panther Chadwick Boseman