The Hidden Figures star, clad in a curve-hugging gown and dripping in diamonds, is already a red carpet favorite tonight. 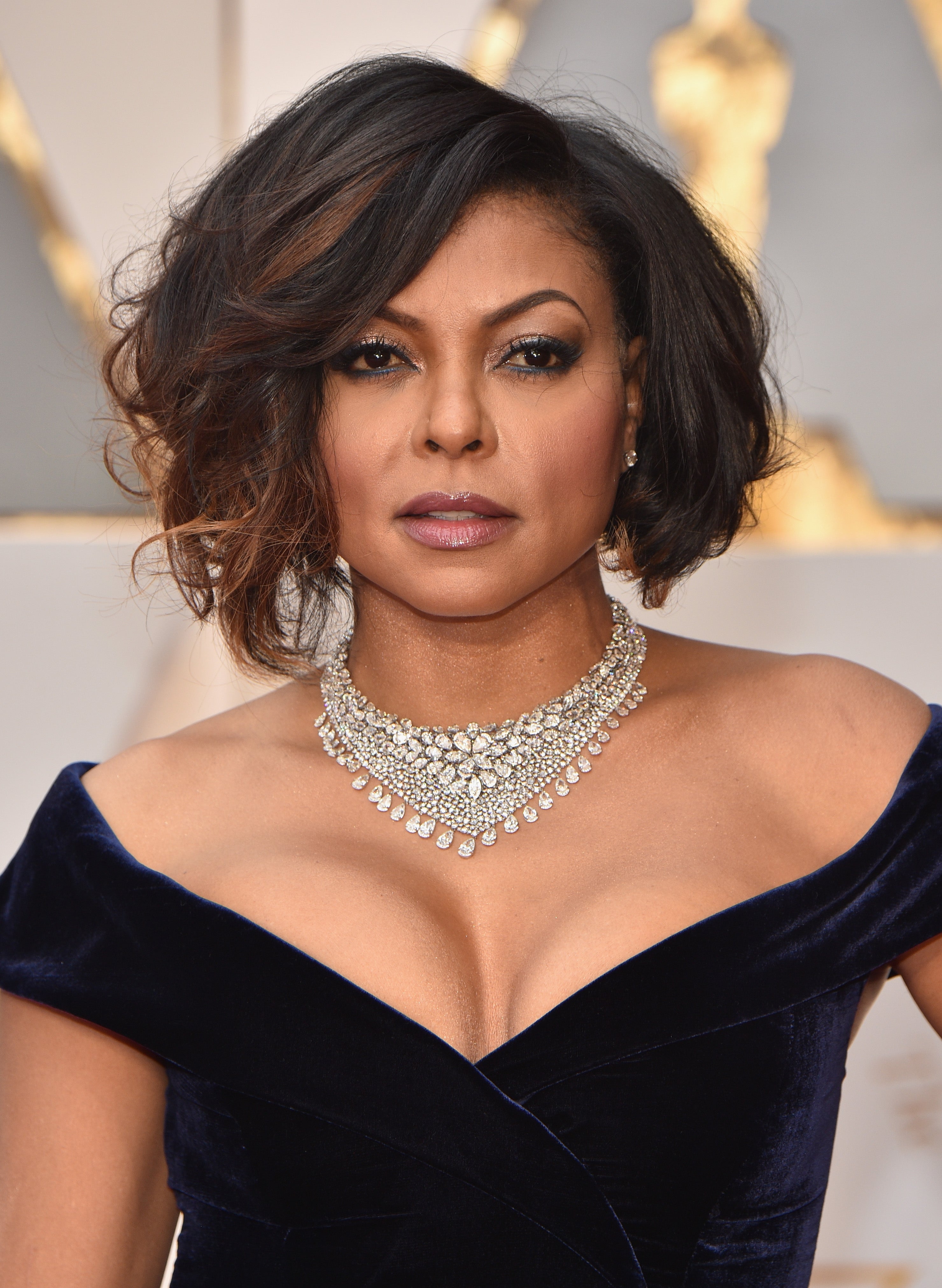 Her hair, tousled and styled into an A-symmetrical bob, hides her new undercut, but still looks “cutting” edge.

As for her makeup, the TV and film star is killing it in a smokey eye, thick lashes, perfectly plucked brows and berry pout. Her glow is courtesy of St. Tropez, just one of the brands makeup artist Ashunta Sheriff used on Henson.

Sexy, fierce and showing a little leg? We expect nothing less from the award-winning star.

Tina Turner and Jay-Z Among This Year's Rock & Roll Hall of ...