By Nikki Brown · Updated October 26, 2020
It’s been 15 years since Halle Berry made history as the first Black woman to win the Best Actress Oscar, but it seems she hasn’t aged since! The mother of two was in attendance at the Academy Awards on Sunday night and per usual, we were in awe of her. The beauty queen-turned-actress hit the red carpet in a one-shoulder Versace gown and although her frock is fit to perfection, most of us can’t stop staring at her hair. 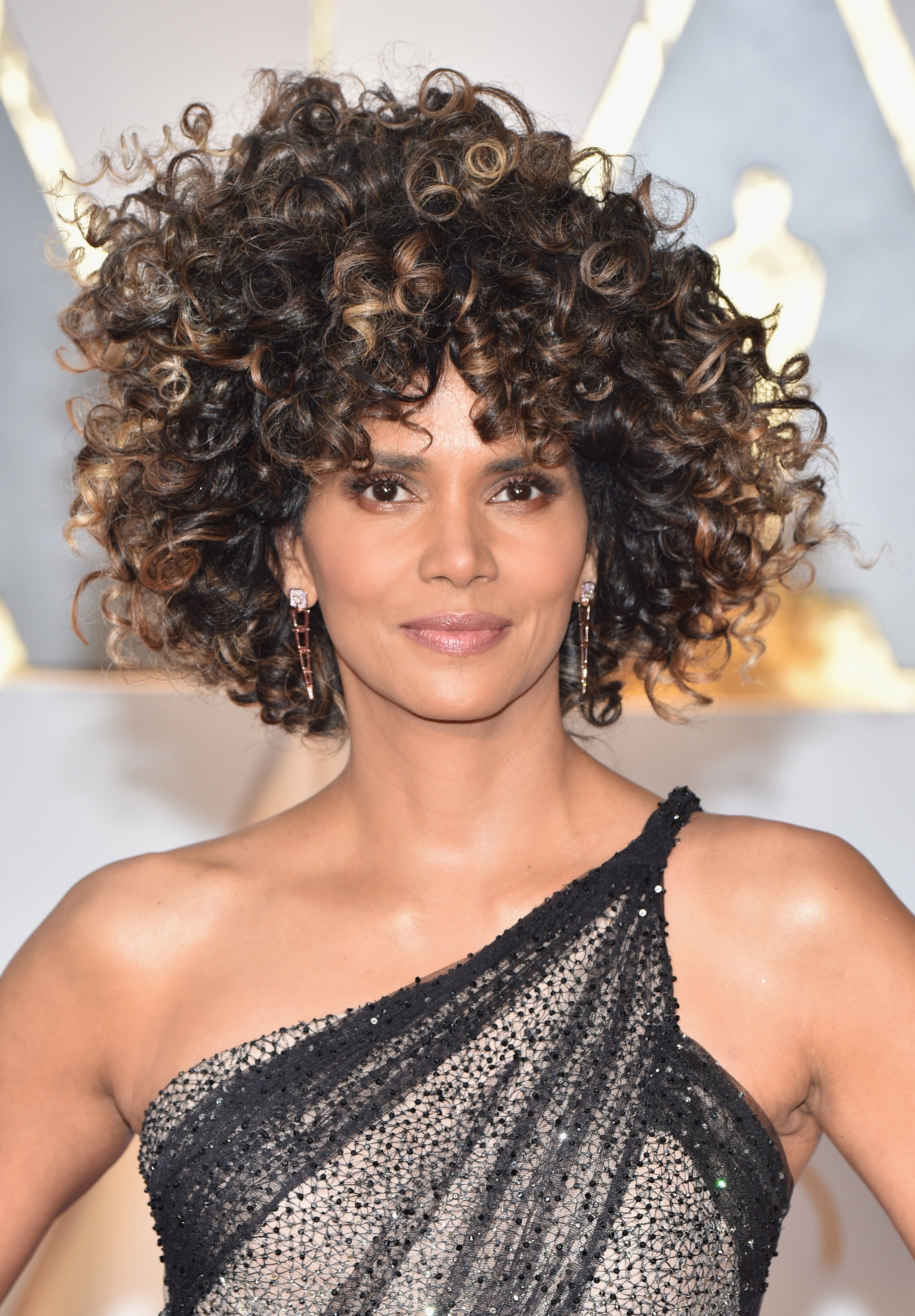 The Oscar winner is definitely giving curly girl vibes. Are you here for it?

Berry, who typically plays it safe with her signature pixie cut, enlisted the help of stylist Castillo for a head of curls cut into an assymetrical shape. And according to InStyle, Berry’s coif is au naturel. “It’s definitely a new look for her—we went for a very natural, curly, powerful asymetrical ‘fro. This is something she’e never done before and it’s just ridiculous how good she looks,” he said in an exclusive interview with InStyle. “I would say I cut off at least 5 inches. It created a whole new shape.” Unsurprisingly, the Internet wasted no time putting in its two cents, with commentary ranging from friendly to straight brutal.

Me, looking at Halle Berry and this shake-and-go wig: pic.twitter.com/ENZyicpOTi

Moment of silence for the person who thought they had great a 2nd row seat & wound up behind Halle Berry.

Berry will always remain a supreme slay queen, but many have been quick to label this a major misstep. What do you think of her look?