It’s no surprise that Cardi B. has been having a major fashion moment since 2018 kicked off… from magazine covers, to being front-row at major Fashion Week shows, and even being photographed with the iconic Anna Wintour (the host of the MET gala).

And tonight she was one of the few attendees to literally hit the evening’s theme “Heavenly Bodies: Fashion and the Catholic Imagination” on the head, arriving on the red carpet with fashion designer Jeremy Scott (creative director at Moschino), in a bejeweled papal tiara, pearl-studded choker, and maximum décolletage in a jewel and pearl encrusted gown that even gave her baby bump some attention; designer Jeremy Scott matched her ensemble perfectly. 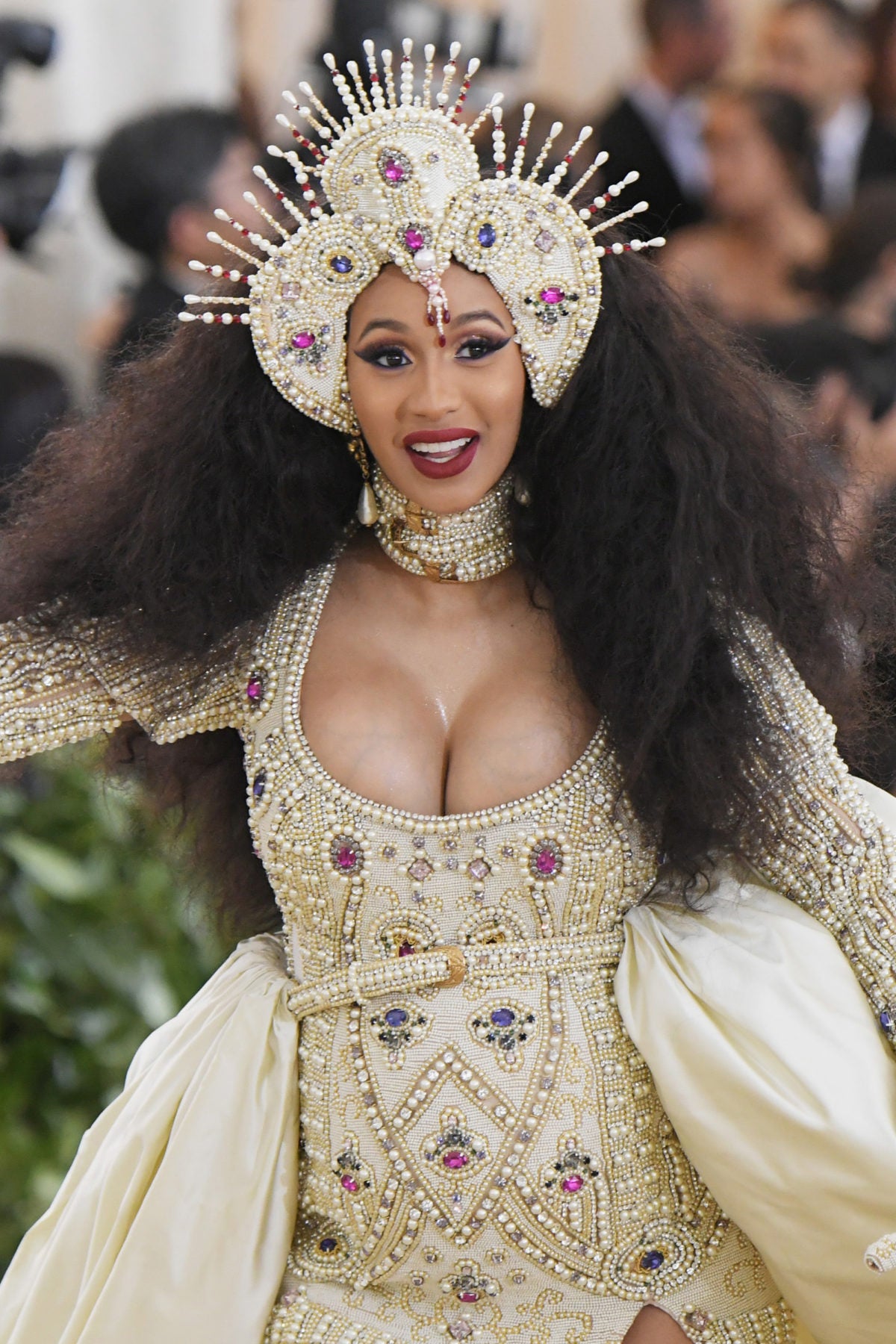 With this being Cardi’s first MET gala, this night has come to be of great significance to her as it was reported that last year -at a MET gala after-party- was the beginning of her and fiancé Offset’s relationship, and now they’re both slaying the MET gala red carpet and expecting their first child together.